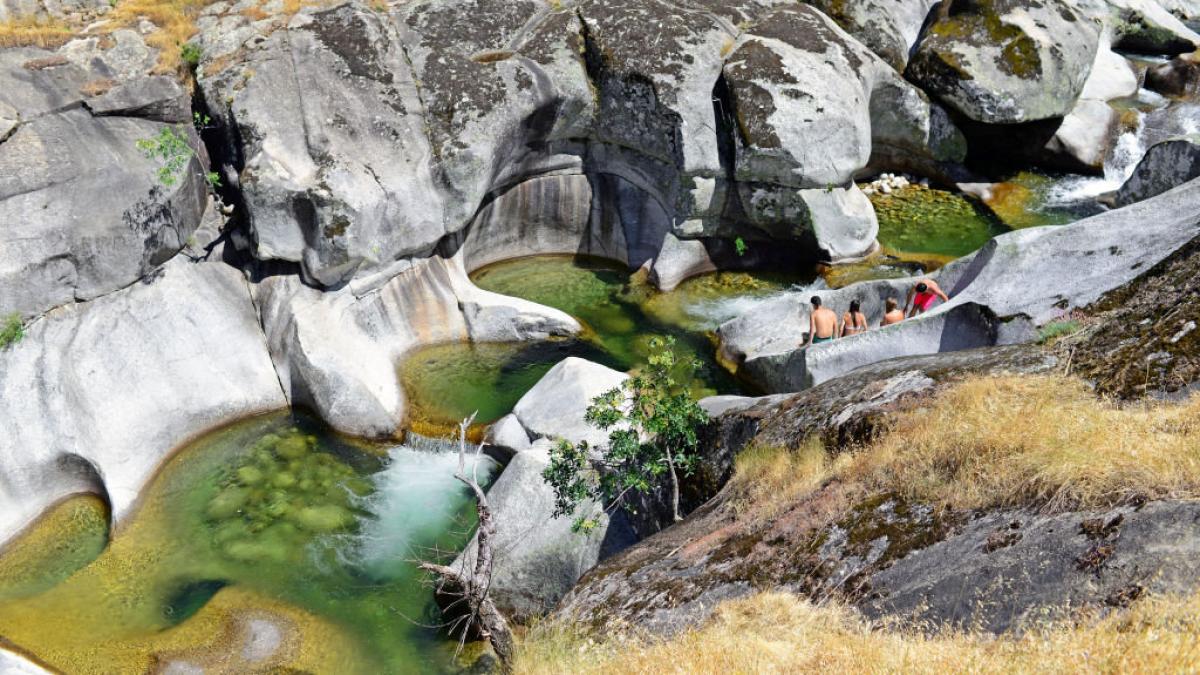 EInes first: The name does not come from “extreme” – although that would fit. For long stretches the Autonomous Community of Extremadura is more deserted than almost any other region in Western Europe. But they have been housing there for a long time. The “Dolmen of Lácara”, a burial complex made of uncut stone blocks, are around 5000 years old.

Today, a good million people live in an area the size of Switzerland, divided into the provinces of Badajoz in the dry south, where the heat is sweltering in summer, and Cáceres in the north, where it is more mountainous and green, cherry trees bloom, vines thrive and the Tajo flows, the longest river in the Iberian Peninsula. The old town of Cáceres, which was destroyed by the Visigoths and rebuilt under the Moors, is a World Heritage Site, and the Roman buildings of the regional capital Mérida are also on the Unesco list.

Oh yes, Extremadura, that means “beyond the Duero”, the northern Spanish river that flows into the Atlantic in Portugal. Many Extremeños sailed across the Duero to sign on the ships of the conquistadors overseas.

A beach on the reservoir and pools in the river

Extremadura is coastless – but that does not mean that there are no bathing opportunities. Three and a half hours by car from the nearest sea coast, the Costa Alegre, a wide sandy beach on the huge Orellana reservoir, beckons.

Bathing fun in the valley of the Río Jerte is closer to nature: Los Pilones – natural pools in the nature reserve Garganta de los Infiernos, filled with crystal clear water – provide refreshment in the river.

Artists discover the charm of the ghost village

The wooden roofs have weathered, collapsed or completely disappeared, wildflowers are sprouting in what used to be bedrooms, trees have moved into the ruins. Granadilla is a ghost village in Extremadura.

The residents had to leave the place founded by the Moors around 900 in the 1950s, a lake was to be dammed, Granadilla was to be flooded like other villages in the area. Because the plans were only partially implemented, Granadilla stayed dry in the end. Only the residents did not return.

Today Granadilla is a good example of what the villages of Extremadura must have looked like decades ago – it is a kind of time capsule, albeit overgrown and partially restored. The place is not completely uninhabited today: artists discovered the charm of ruins and set up homes and workplaces.

Then tourists came and Spanish students went on school trips. A medieval defense tower at the village entrance offers the best overview of the old walls, the surrounding pine and eucalyptus forests and the reservoirs.

The black vulture is the largest bird in Europe

It weighs up to twelve kilos and has a wingspan of almost three meters: the largest bird in Europe. One of the world’s largest populations of the black vulture is at home in the Parque Natural de Monfragüe, around 300 pairs are said to breed on the cliffs of the Tagus.

From observation spots such as the Salto del Gitano rock, observers keep an eye out for the flying giants. The Spanish imperial eagle, eagle owl or the gigantic griffon vulture also attract birdwatchers to the species-rich, almost deserted region in the north.

Cork for export all over the world

One million hectares and thus almost a quarter of Extremadura is covered with sometimes airy, sometimes denser cork and holm oak forests. The oak groves are similar to the savannahs of Africa, but are a cultural landscape that was grazed 4000 years ago. The cork oaks of Extremadura provide – in addition to the stocks in Portugal – a large part of the cork used worldwide.

The finest ham in all of Spain

The best ham comes from Spain, at least the Spanish say, the very best from Extremadura. There the Iberian black pigs roam the pastures freely.

They stuff themselves with acorns (acorns) full, which gives the air-dried delicacy Jamón Ibérico de Bellota a fine, almost nutty aroma. In Monasterio, the epicenter of the club cult, a Ham Museum the whole story.

“I speak Spanish with God, Italian with women, French with men and German with my horse”

This is what Charles V (1500–1558), Emperor of the Holy Roman Empire and as Carlos I King of Spain, said about himself. In his empire (from Peru to Austria) the sun never set. After Karl abdicated, he retired to a palace next to the monastery of Yuste in Extremadura until his death in 1556.