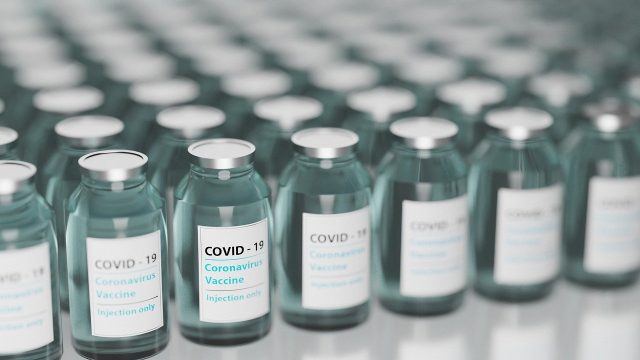 Serious allergic reactions caused by Moderna’s Covid-19 vaccine are extremely rare, according to a recent report released by the Centers for Disease Control and Prevention (CDC). The vaccine has been distributed for several weeks now and between December 21, 2020 and January 10, 2021, more than 4.04 million people have benefited from it.

Among those who received an injection during this time interval, only 10 developed a severe allergic reaction. This is a reaction called anaphylaxis, which is potentially fatal if not treated properly.

Thus, according to the CDC’s weekly morbidity and mortality report, for one million people vaccinated, 2.5 cases of anaphylaxis have been recorded.

The origin of allergies

For the moment, scientists do not yet know what the exact cause of the severe allergies appeared in the 10 patients concerned. However, they indicated that nine out of 10 people had suffered from an allergy before and of these, five had already had problems with anaphylaxis.

Regarding the symptoms of allergies, there was nausea, vomiting, swelling of the tongue, wheezing and a rash. These signs were seen in nine patients and usually appeared within 13 minutes of their vaccination. One patient developed symptoms approximately 45 minutes after receiving the dose.

Finally, we know that the 10 patients recovered well after receiving the appropriate treatments, mainly epinephrine.

Read also : No, Covid-19 vaccines do not affect fertility

A rate higher than that of other vaccines not associated with Covid-19?

While the authors of the report indicated that anaphylaxis was a rare event with Moderna’s vaccine, it appears that the risk percentage is even higher than that of vaccines not associated with Covid-19.

According to a study carried out in 2015 and published in the journal Journal of Allergy Clinical Immunology, the chances of developing a serious allergic reaction to a vaccine are very low. Statistically, they would be around 1.31 in a million. According to Dr. Purvi Parikh, allergist and immunologist at NYU Langone Health, a person’s chances of getting struck by lightning are higher than their chances of developing an anaphylactic reaction to a vaccine.

In their report, the authors indicated that people who had allergic reactions to the first injection of the vaccine should not receive the second dose under any circumstances. They also said monitoring is needed within 15 to 30 minutes after receiving the vaccine for people who have had a history of anaphylaxis or other allergies.