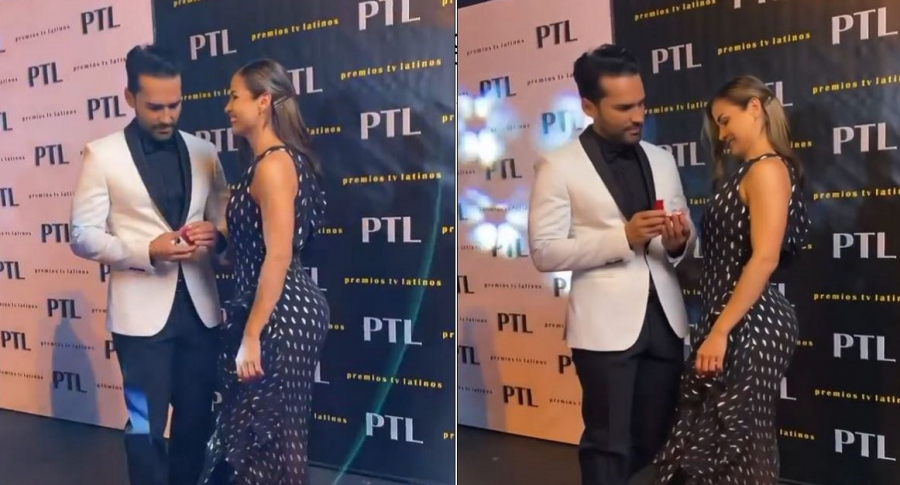 Fabian Rios published a video of the exact moment in which he hands the engagement ring to Yuly Ferreira, whose reaction was to kiss the artist in the middle of a nervous laugh and at the same time of happiness.

“Do you want to marry me again”, asked the actor of soap operas such as ‘Without breasts, there is paradise’ and ‘Tierra de reyes’, to which his wife did not hesitate to answer affirmatively.

Ríos published the video about noon this Friday, and in just six hours it already completes just over a million reproductions. In addition, he accompanied that important moment in his life with a message that has been highly flattered by his followers.

“20 years ago I did not have for the ring, because we were just beginning to get ahead. Today, after those years I can, thank God, buy her the ring that our love deserves, and also soon the marriage that we dream of and that my lady @yulyferreira deserves ”, wrote the famous.


In the text, the artist said that he wanted to share with all his followers the happiness that invades him at this moment, since he lives life lovingly “with the woman that God” put in his path.

Ferreira also released the video on his Instagram account with a post in which he accepts the proposal: “Yes, yes, yes, yes, love of my life”, answered.

Famous people, friends and followers of the couple have shown them their joy for this new stage that they are beginning in their lives and with their children.