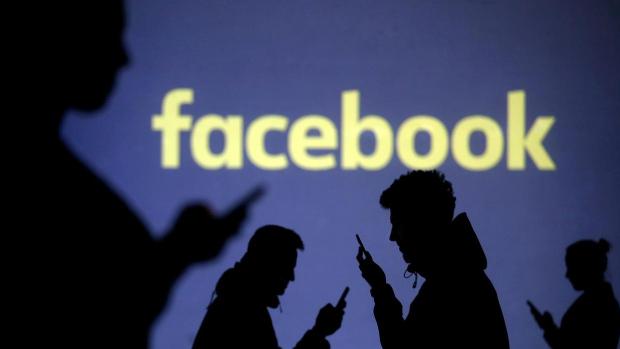 The company of the most used social network in the world, Facebook, announced on Wednesday net benefits of 4,902 million dollars between January and March, which is double the 2.429 million in the same period of the previous year, despite the global pandemic from Covid-19.

Despite the good results offered this Wednesday, Facebook said that these only include a small part (the last three weeks) of the new scenario opened in the wake of the Covid-19 pandemic, which has substantially reduced the demand for online advertising and made drop the price of ads.

Thus, it is expected that the next accounts (scheduled for July) will more accurately reflect the effects of this new reality and, given the present uncertainty, the company did not offer revenue projections for the next three months or for the year as a whole 2020, as usual.

Even so, he reported that, despite “the drastic initial drop in advertising billing in March”, during the first three weeks of April they have seen “signs of stability” that return sales for this concept to levels similar to those from a year ago.

Advertising revenue, both on the mobile and on the computer, constitutes practically all of Facebook’s turnover, which also owns Instagram, WhatsApp and Messenger.

Regarding the number of Internet users who connect to any of the applications owned by Facebook, the company currently has 1,730 million daily active users (people who connect at least once a day) worldwide, which supposes a growth of 11% with respect to a year ago.

See Also:  From words to deeds

This figure rises to 2,600 million people (around a third of the world population) if you count active monthly users, that is, those who connect at least once a month and, therefore, a number closest to the total of people who have an account on Facebook, Instagram, WhatsApp or Messenger.

“Our job has always been to help people connect with their loved ones. With more people trusting our services now than ever, we are focused on keeping people safe, informed and connected, “said Facebook CEO Mark Zuckerberg.

Facebook’s results, better than analysts’ expected, buoyed investors on Wall Street, and its shares rose 10.33% to $ 214.14 a share in post-close electronic trading on New York parquets.

The Covid-19, “minimal” impact for Microsoft
The global coronavirus pandemic and subsequent economic slowdown in March had “minimal net impact” for Microsoft, which today announced net profits of $ 33.079 billion in the first nine months of its 2020 fiscal year, 27% more than in the same period last year.

So far, the global Covid-19 pandemic has not had a significant net effect on Microsoft’s revenue, since what it has lost on the one hand, for example with the drop in advertising on LinkedIn and Bing, has been gained on the other with the increase in cloud services and software sales.

This was described by the company itself in its account document, which details that, especially in the final period of the quarter ended in March (coinciding with the implementation of containment measures in much of the world), it saw an increase in the use Microsoft 365 cloud services like Teams, Azure, Windows Virtual Desktop, Advanced Security Solutions and Power Platform.

Other of its business segments that have benefited from the new reality caused by the Covid-19 are videogames (Xbox) and Windows and Surface operating systems, while the departments that have seen turnover fall are those that depend more directly from advertising like LinkedIn and Bing.

The company based in Redmond (Washington state, USA) warned that the true impact of the pandemic on its activity will be better reflected in “future results”, such as those expected for July, given that in today’s only the last weeks of March were included and April data were not entered.

“We have seen in just two months a process equivalent to two years of digital transformation. From remote work and education to sales, customer service, and cloud and security infrastructures, we are working every day with our clients to help them adapt and stay open in a world where everything is remote. ” Microsoft CEO Satya Nadella said.

As for the data relating to the first three months of 2020, which analysts on Wall Street were most focused on today and those who are beginning to point out some of the trends derived from the crisis, the increase in Azure’s turnover (the Microsoft’s cloud services platform that competes with Amazon Web Services and Google Cloud) was 59%, rising in the fastest growing segment. Azure was followed by Dynamics 365 (up 47%), service products (over 30%), and Office 365 commercial (over 25%).

Microsoft has taken advantage of this fiscal year to lower its long-term debt, which now stands at $ 62,862 million, compared to the 66,662 million with which it closed its fiscal year 2019.

See Also:  After the "yellow vests", the government calls for privileging local shops for the holidays

Figures presented by Microsoft, better than analysts expected, encouraged investors on Wall Street, and the company’s shares rose 4.27% to $ 185.08 per share in post-close electronic trading. of New York parks. .