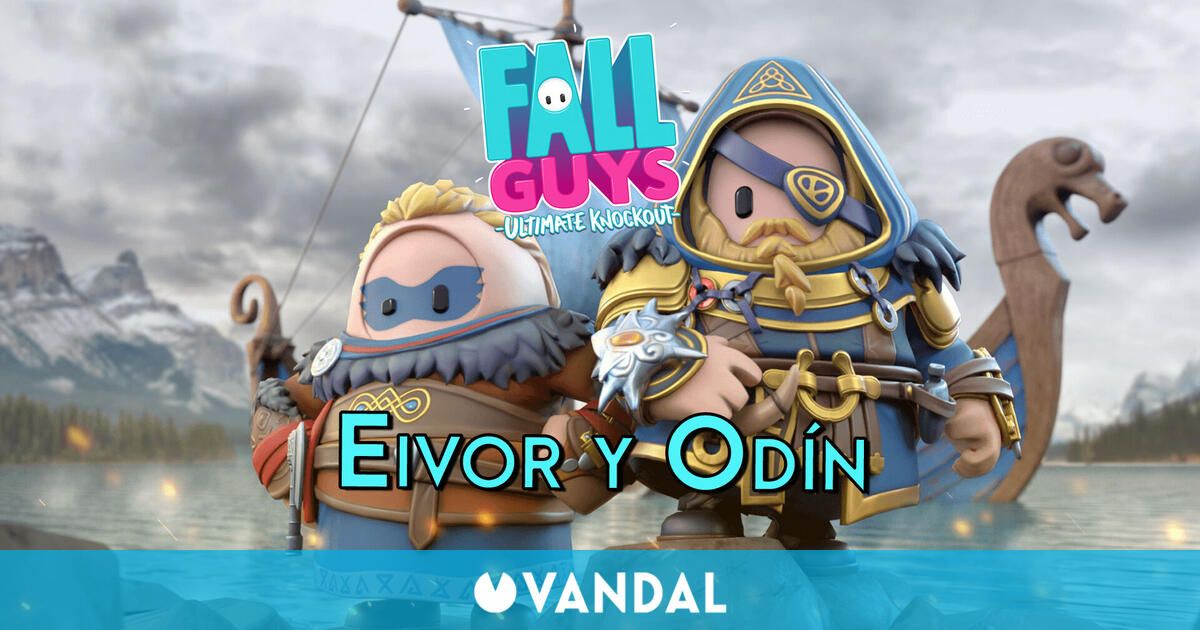 The new stage you are living Fall Guys since it has converted to free to play is bringing new collaborations specials to the Mediatonic game. The over 50 million current players they will be able to enjoy starting today of a new event special to function as crossover with the emblematic saga Assassin’s Creed from Ubisoft: the Abstergo challenge and the new ones Eivor and Odin skins. Do you want to know how you can get hold of them? Below we give you all the details.

The new Abstergo Challenge event in Fall Guys has recently been introduced with a thriller ad What can you see on these lines? The event will last for just a few daysso obviously it will be limited time.

Along with this event special game mode returns sweet little thieves which divides the players into both sides; on the one hand the guards who must protect some sweets and on the other hand the thieves who must steal the delicious treasures while taking advantage of the ability to become invisible.

An event will not be the same without its own unique challenges and rewardswhich is why these days the Abstergo Challenge features various prizes that players can get reaching certain amounts of points after completing simple objectives in the rounds of the game. These are all the event rewards that can be unlocked for free including themed articles based on the Assassin’s Creed universe:

Does my Eagle Vision deceive me?

Odin and Eivor will come to Fall Guys?

And will we have more rewards in the Abstergo Challenge event?! pic.twitter.com/CyxSXOIyVY— Fall Guys en espaol – FREE FOR EVERYONE 👑 (@FallGuys_ESP) July 5, 2022

How to get Eivor and Odn in Fall Guys?

In addition to what has been taught so far, the highlight of this Abstergo event is, of course, the new Eivor and Odn skinsprotagonists of the last Assassin’s Creed Valhalla. Both costumes found in the temporary store of Fall Guys and can be purchased in exchange for the free currency beans for the following prices:

It should be added that it is also available a lot with both costumes which includes a extra name tag at a special price of 2,000 beans. We remember that during this first season of the free to play game Mediatonic has also included the special aspect of the mythical Ezio Auditore de Assassin’s Creed II in the battle pass so players who purchase it can unlock it for their collection.

Price of the dollar in Peru during the morning of today, Wednesday, July 6