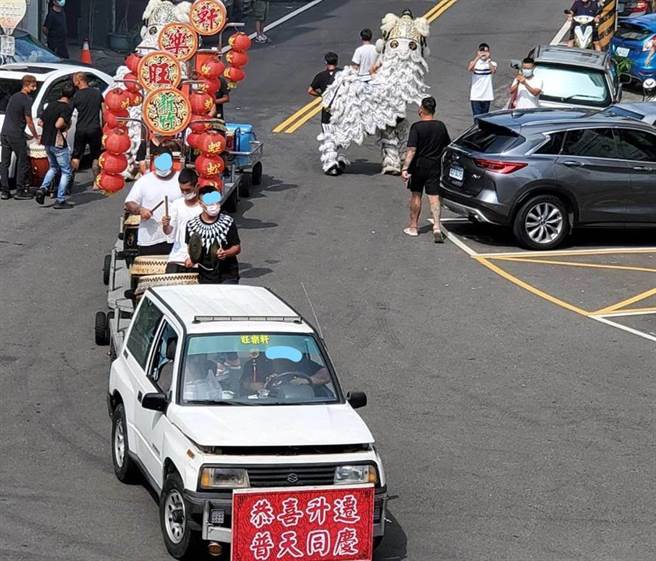 The Zhudong Branch of the Hsinchu County Police Department yesterday (15) “congratulations” to the sub-director for being promoted. He was suspected of insulting the Commissioner’s Office. The Commissioner of Police Chen Jiaqin came to the New Taipei City Police Department to express his condolences to his colleagues. Will sit back and watch, show the power of the police with action, and the boss behind and the troublemaker will absolutely deal with it to the end!

Chen Jiaqin went to the New Taipei City Police Department to provide assistance to the people who contributed to the detection of the Zhulian Gang Mingrenhui shooting case. Chen Jiaqin specifically mentioned that yesterday, the Hsinchu County Police Department’s Zhudong Branch had a lion dance and slandered the office, which was also an act of challenging public power. , Except that the Hsinchu County Police Department has transferred relevant troublemakers to the Office of Insults, and has instructed the Criminal Bureau to support full investigations, uncover the instigator behind the scenes, and strictly handle it in accordance with the law.

Chen Jiaqin emphasized that actions will be used to demonstrate the determination and attitude of law enforcement. No violence, any underworld, or any provocative behavior will be allowed at all, otherwise the police’s dignity will be wiped out. I would like to warn all the people of our country that we must defend public power to the end, never sit back and challenge public power, and will prove everything with our actions.

Chen Jiaqin sternly warned the underworld elements that the consequences of challenging public power are to be strictly handled to the end. Not only is it a cause of trouble, but the boss behind will not let it go.