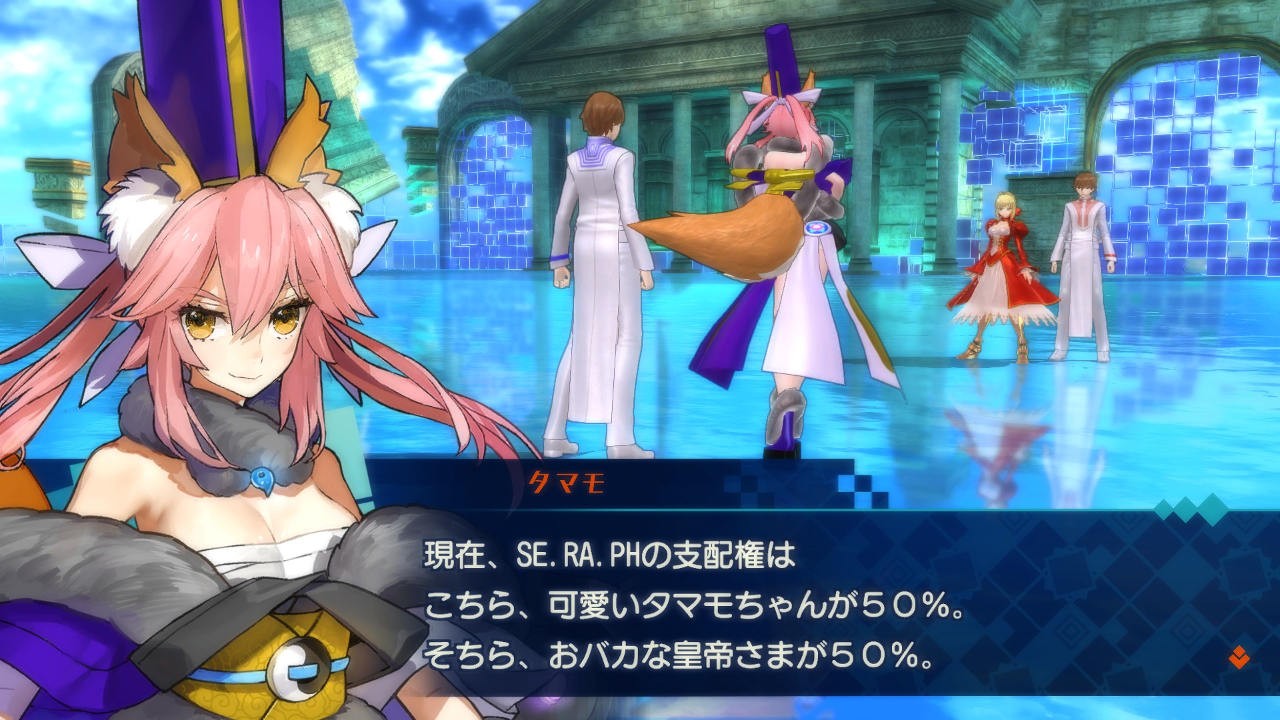 “Fate / EXTRA” is a competitive dungeon RPG developed by Imageepoch and designed by Kinoko Nasu. Supported platforms are PSP. The stage of this work is the world where the quantum computer “Mooncell Automata” exists on the moon. Mooncell is equipped with a function to fulfill all wishes, and in the Reiko fictional world SE.RA.PH in Mooncell, a battle for the Holy Grail was fought by quantum hackers. The main character is a person with memory loss. The hero will participate in the Holy Cup War with the Servant and fight for survival. In this work, the Holy Cup War of the Moon is depicted in a world different from “Fate / stay nigt”. Equipped with a battle where the victory or defeat is divided according to the compatibility of the selected action, and an element to search for the true name of the enemy servant. Also, “Fate / EXTRA” was produced by Kazuya Shinno at Imageepoch at that time. Although Imageepoch went bankrupt, a remake version of “Fate / EXTRA Record” is currently being developed by TYPE-MOON studio BB led by Mr. Niiro.

“Fate / EXTRA CCC” is an RPG in which Kinoko Nasu was in charge of the main scenario. Imageepoch was in charge of development. The Holy Grail War of the Moon in the previous work should have been decided by the owner of the Holy Grail and ended. However, a fatal error occurred in Mooncell, and the mechanism of the Holy Cup War collapsed. The protagonist and quantum hackers are trapped behind the moon. The protagonists challenge the Sakura Labyrinth to escape from the other side of the moon. Another battle is depicted, set on the other side of the moon. As a servant of the main character, Gilgamesh has also appeared in addition to the three horses of the previous work. In addition, “Fate / EXTELLA” is a 3D action game set in the world after the Holy Cup War of the Moon. Supported platforms are PS4 / PS Vita / Nintendo Switch / PC (Steam) / iOS / Android. In “Fate / EXTELLA LINK”, the turmoil of the world of the moon is depicted in a time series after “Fate / EXTELLA”.