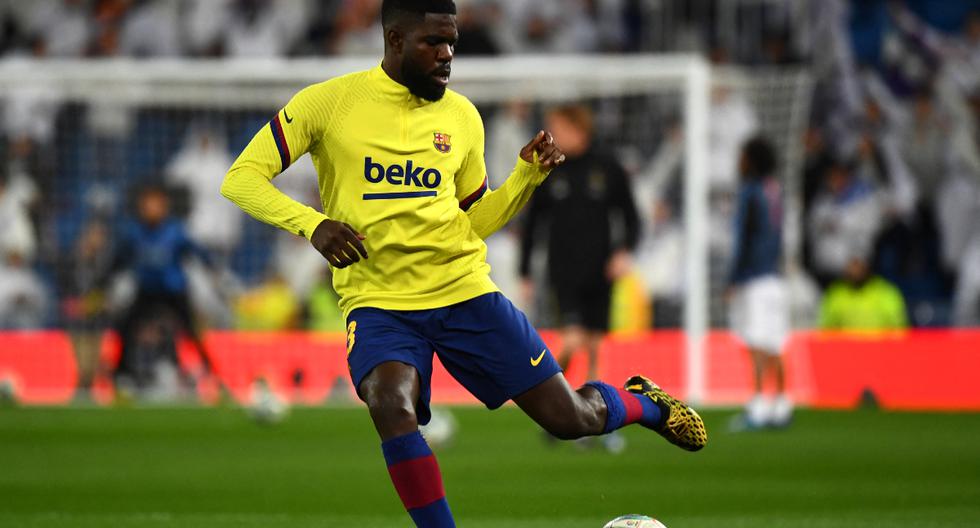 Together with Antoine Griezmann and Philippe Coutinho, Samuel umtiti is one of the players that he FC Barcelona wants to get rid of the present transfer market. The French central has been in low hours for a long time and the money he receives as salary is not in line with his performance. It is for this reason that the directive that presides Joan Laporta looking for a definitive assignment or sale. However, the 2018 world champion in Russia does not make it easy for him. According to the newspaper ‘Sport’, ‘Sam’ only thinks of a top team to leave Barcelona.

As the aforementioned source points out, Umtiti does not want to go from a club like Barcelona, ​​which fights all the titles in the season, to one that does not even participate in UEFA competitions. Such a requirement has complicated the negotiations for his departure since the clubs do not bid for the Frenchman, they are not of great profile.

“The French central wants to choose a sports project and aspires to go to a Champions team or with options to win a title. For now, this option has not arrived and the footballer has rejected an offer that would have been favorable to the interests of the Blaugrana club ”, publishes the cited source.

In the first preseason match against Nastic, Umtiti paired with Gerard Piqué. Against Girona he returned to line up, but due to the recent incorporation of Eric García and consolidations of Ronald Araujo and Óscar Mingueza, the central defender starts at a disadvantage with his teammates.

Last season, Umtiti played 13 games in LaLiga, but only six of them started: the two games against Elche and Granada, and then against Osasuna and Athletic Bilbao. Now, although there is no official information about a possible destination, in Europe there is talk of an interest from Olympique de Lyon, a club to which it would arrive on loan condition.

It should be remembered that the players who are no longer part of the Blaugrana team are Jean-Clair Todibo (Nice), Juan Miranda (Betis), Francisco Trincao (Wolverhampton) and Matheus Fernandes (free).