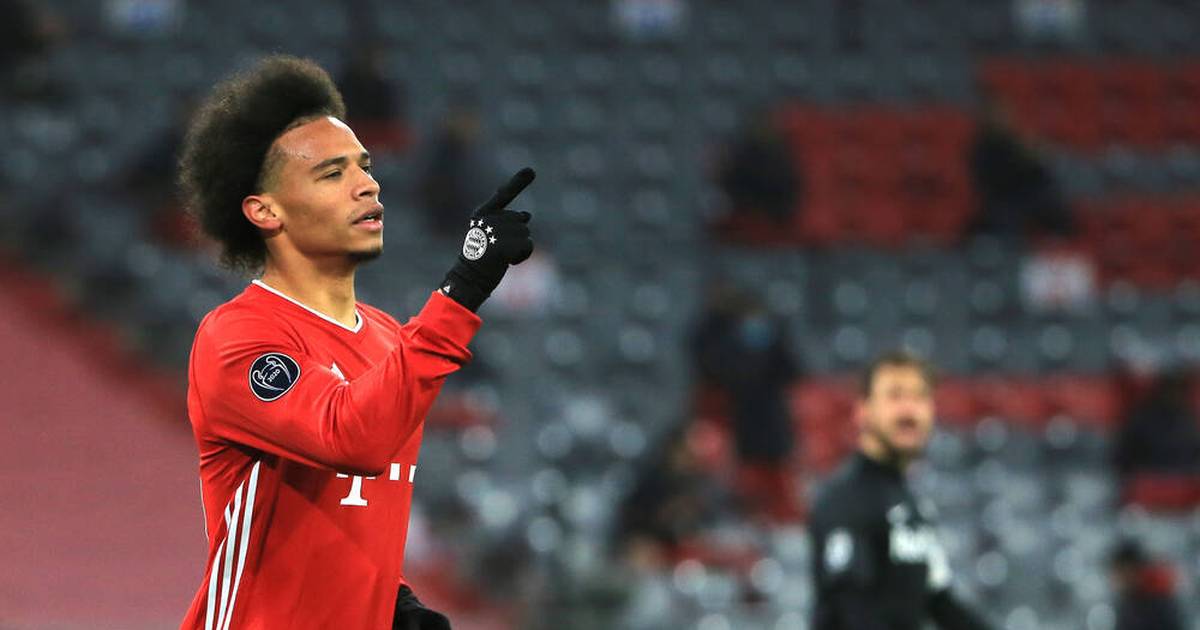 The 24-year-old winger of FC Bayern Munich came into the game after a little more than an hour and made the preliminary decision and the associated one about five minutes later with his header hit to make it 3-0 early entry into the round of 16 of the Champions League. (SPORT1-Note: 2,5)

Sané shines as a joker at Bayern

The national player was substituted on in almost all other games and scored in four of the five games across all competitions. Only in the 1-1 draw against Werder Bremen last weekend was Sané without a goal after being substituted on.

Among other things, the former Schalke scored in both games against Salzburg, and his goal against BVB also played a large part in the 3-2 victory. Only in the game at Lokomotiv Moscow Sané was not used. (Service: Champions League tables)

“If you can bring in a player like him, quality and speed come in again,” said coach Hansi Flick after the BVB game and emphasized that Sané was not yet 100 percent. Nevertheless, the winger already showed in his short appearances what an offensive weapon he can be with his speed, his dribbling and his conclusion in the Bayern game.

See Also:  For Mouscron it will be necessary to go to Bruges and pray

But that’s only one aspect. Flick expects his offensive players to go into counter-pressing immediately if they lose the ball. Against Salzburg, Sané showed again that he still has room for improvement in defensive behavior.

When he conceded to 3-1 he lost the ball in front of his own penalty area, a short time before he acted defensively only half-heartedly, which Flick did not like: “Leroy!”, He rebuked his offensive star.

During the international break, Sané was in the starting line-up in both Nations League games. Against the Ukraine he shone at 3-1 with the equalizer in the meantime, in the 0: 6 swat against Spain he looked anything but good in defensive behavior like the entire German team.

At his ex-club Manchester City, Sané ran into each other with his then coach Pep Guardiola.

According to a report by Telegraph should the Catalan his protégé at the time in the half-time break FA Cup game in early 2018. He was therefore annoyed that Sané had not followed his tactical instructions. A few weeks earlier, Guardiola Sané had certified “big mistakes” in the defensive area after a game.

But it is precisely the defensive behavior that has been Flicks Bayern’s biggest construction site so far this season. In eight Bundesliga games, the record champions only played twice to zero and already conceded twelve goals. Even in the premier class, the defending champion only went without a goal in the 4-0 opener win against Atlético Madrid. (Service: Results and schedule)

See Also:  Caraglio says that he did not lie to Siboldi; 'I sent the mother to everyone'

Since the beginning of the season, Flick has been forced to change his defense from game to game. In some cases he had to forego valuable players, and given the tight schedule, he had to give his players breaks again and again. With Joshua Kimmich, the most important man is missing in midfield, he embodied the aggressiveness in the game against the ball like no other at Bayern.

With the statement that Sané is not yet at 100 percent, Flick is probably not only referring to the physical condition. The newcomer still needs time to internalize the tactical guidelines of the coach.

Then he becomes an even bigger weapon in Bayern’s game.