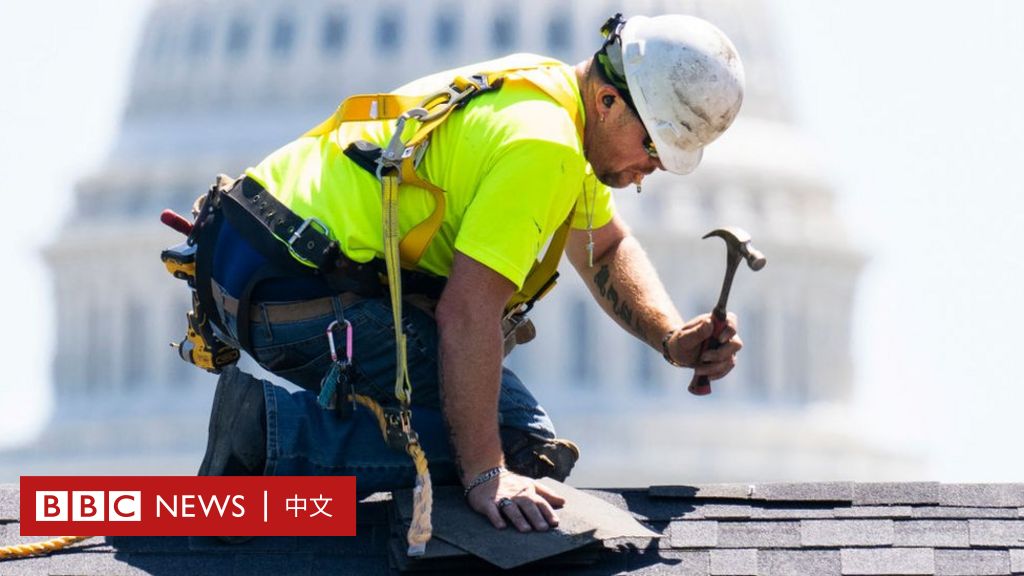 The U.S. Federal Reserve, the equivalent of the U.S. central bank, announced its biggest rate hike in nearly 30 years, as it stepped up efforts to combat soaring consumer prices.

The Fed said it would raise the target range for the federal funds rate by 75 basis points to between 1.5% and 1.75%.

It was the third rate hike since March and came as U.S. inflation beat expectations last month.

Inflation is expected to go further, adding more uncertainty to the economy.

Officials expect the Fed’s fee on bank borrowing could reach 3.4% by year-end, with ripple effects from those moves spilling over to the public, raising the cost of mortgages, credit cards and other loans, according to released forecast documents.

As central banks around the world take similar steps, it means a sea change in a global economy that has enjoyed years of low interest rates for businesses and households.

“This is not the kind of global environment we’ve become accustomed to over the past few decades, and this represents the impact that businesses and consumers around the world will face.”

Consumer prices in Britain jumped 9% in April and the Bank of England is expected to announce its fifth rate hike since December on Thursday, taking the benchmark rate above 1% for the first time since 2009.

Brazil, Canada and Australia have also raised interest rates, and the European Central Bank has outlined plans to raise rates this summer.

At the time, Fed Chairman Jerome Powell said officials were not considering a larger rate hike.

But data on Friday (June 10) showing U.S. inflation rose to 8.6 percent in May — the fastest pace since 1981 — has forced officials, Powell said at a news conference after this week’s meeting. Take a more aggressive approach.

“It’s critical that we get inflation down,” he said, while acknowledging that the 0.75 percentage point rate hike was “unusually large.”

“Inflation has clearly been unexpectedly high over the past year, and there may be more surprises to come,” he said, “so we’re going to need to be a little bit more flexible.”

Many analysts say the Fed is now trying to catch up after Powell and others last year said the price hikes were just a temporary problem related to the supply chain.

Inflation has intensified since last year due to the war in Ukraine and the ongoing coronavirus lockdown in China.

Recent polls show that while the Federal Reserve claims to take action, the public expects the problem to continue to worsen.

“The Fed is under enormous pressure and is facing a credit test for inflation,” said David Beckworth, a senior research scholar at the Mercatus Center at George Mason University.

Ignacio Lopez would love to see inflation under control.

The Boston-based chef has spent the past 18 months stocking up on his restaurant while watching food prices rise. Prices for goods with complex supply chains, such as packaged food and imported cheese, were particularly under pressure, he said.

“It’s crazy to stop,” he said. “Every week things get more expensive.”

His industry also raises prices to offset costs, but he says he loses customers if he adds too much, so his bottom line still suffers.

He worries that rising interest rates won’t help, noting that demand remains weak amid the coronavirus pandemic, which has disrupted after-get off work gatherings, which used to be his source of business.

“We can only continue to manage it as meticulously as possible, try to increase prices within a range that doesn’t exceed our market price, and then hopefully things will ease,” he said.

The last time the Fed announced a rate hike of this magnitude was in 1994.

The move would make borrowing more expensive and is expected to moderate demand and slow economic activity — which, in theory, would ease price pressures.

However, Darko said that by acting too late and now having to make up for it in a more aggressive way, policymakers face greater risks and their actions are more likely to induce an economic downturn.

“I am increasingly concerned,” he said. “By the end of the year or so, I wouldn’t be surprised if we’re dealing with an environment of stagnant growth and then we’re pretty much close to a recession and unemployment goes up instead of down.”

Powell said the U.S. has room to spare to deal with high interest rates, noting that job growth remains buoyant.

But projections released by the Fed show officials expect growth to slow to about 1.7 percent this year, a full percentage point lower than they forecast in March.

Officials made few changes in their closing statements, but this time deleted a sentence that said the job market remained solid despite the Fed raising interest rates.

Powell said the cuts reflected the fact that many of the drivers of inflation — such as the war in Ukraine — were beyond the control of the central bank.

“A lot of it really didn’t depend on monetary policy,” he said. “That sentence really didn’t seem appropriate anymore, so we removed it.”

With Wednesday’s rate hike, the Fed’s fees on bank loans will return to pre-pandemic levels in 2020, still relatively low by historical standards.

However, the rate hikes are already starting to take their toll.

Higher interest rates have helped drive up demand for the dollar, which is 10 percent higher than it was at the start of the year, while putting pressure on other countries, especially emerging markets with huge dollar debt burdens.

In the US, financial markets have already suffered setbacks. The S&P 500, which tracks the performance of hundreds of the largest U.S. companies, has lost a fifth of its value since the beginning of the year, as multinationals warn that inflation and a rising dollar are hurting their earnings.

Home sales have plummeted as mortgage rates have risen in line with Federal Reserve rates.

Data on Wednesday also showed the retail market slumped last month as people spent more on gas amid rising gasoline prices and put off big purchases like buying a car.

Powell said reining in price increases is critical to stabilizing the economy, and progress will take time.

“At the end of the day, the outlook is very uncertain,” Bakerworth said. “The Fed, to a certain extent, has to have a bit of luck.”

In 2022, the table tennis exchange activity for the elderly in Jiaxing City was successfully held