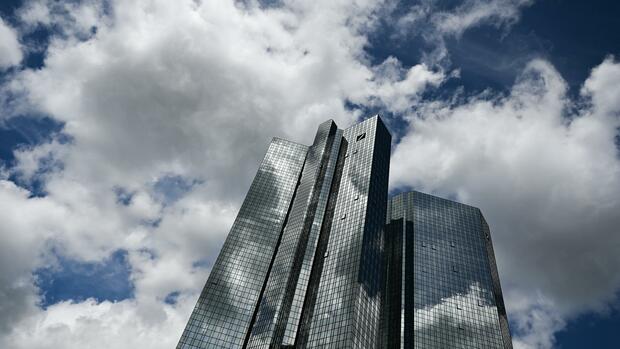 Frankfurt After the success of the past few weeks, Deutsche Bank boss Christian Sewing would love to leave the scandals of the past behind him, but the biggest domestic financial institution is repeatedly caught by its problems. According to information from the Handelsblatt, the US Federal Reserve (Fed) has the Deutsche Bank again criticized for compliance violations.

The Bloomberg news agency first reported on the official complaint. Accordingly, in its annual assessment, the Fed found that the bank was lagging behind in terms of the agreed improvements in terms of risk management and compliance. This would threaten the Deutsche Bank with sanctions, including large fines. The Frankfurt money house did not want to comment on the Fed’s complaint.

The US Federal Reserve’s rebuke is not only a major setback for CEO Sewing, but also for US CEO Christiana Riley, who took up position in 2020 to improve the bank’s long-standing relationship with the US supervisors.

The Frankfurters repeatedly had trouble with the Fed, which is also responsible for overseeing the big banks, and had to pay $ 137 million, among other things, to get rid of allegations of manipulation on the foreign exchange market. $ 41 million was paid for weaknesses in combating money laundering.

The bank has problems with compliance not only in the USA. The German financial regulator Bafin also criticizes the slow progress in improving the internal control systems for combating money laundering. The authority therefore recently not only extended, but also expanded the mandate of the special watchdog KPMG, which it set up in 2018, at the financial institution. The Deutsche Bank was the first deutsche Institute where the Bafin has deployed a special watchdog.

As a result, the responsibility for combating financial crime at Deutsche Bank was reorganized. In May, Stefan Simon took over responsibility for this area from the Chief Risk Officer Stuart Lewis. In addition, the bank has changed its chief responsible for the fight against money laundering: The previous head of the US legal department Joe Salama is to replace Stephan Wilken.

The bank is also threatened with trouble with the authorities in the tax scandal over so-called cum-ex deals, in which the state was cheated out of billions of tax revenues. According to information from the Handelsblatt, the public prosecutors at Deutsche Bank have about 90 suspects in their sights, including a current board member. Those affected also include well-known names such as ex-CEO Josef Ackermann, the former Co-CEO Anshu Jain and the board member Garth Ritchie, who passed in summer 2019.

In his speech at the Annual General Meeting a few days ago, Sewing admitted that the bank still had weaknesses when it came to compliance: “When it comes to checking our customers and, above all, the daily monitoring of payment flows, so-called transaction monitoring, we meet the demands our overseers not yet fully fair – and not even our own, ”said the CEO. “We know we still have a lot to do.”