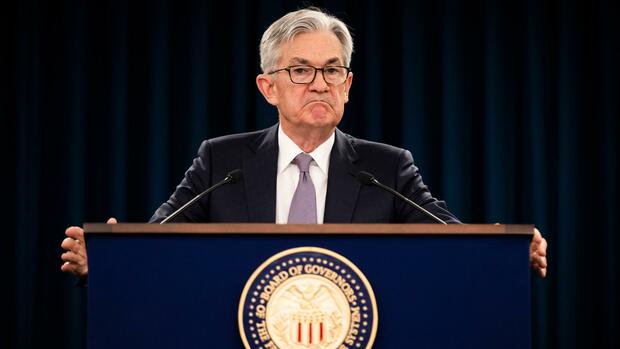 The President of the Federal Reserve (Fed).

Washington The US Federal Reserve (Fed) keeps its key interest rate close to zero. The coronavirus pandemic is causing “a sharp drop in economic output and an increase in unemployment,” the central bank warned on Wednesday after two days of advice from the money market committee. The central bank is still determined to use its “full range of tools” to cushion the economic consequences of the crisis.

Earlier in the day, data from the US government had shown on Wednesday that the US economy in the first quarter had shrunk by 4.8 percent year-on-year compared to the previous quarter. Experts expect a significantly larger slump in the second quarter. A good 26 million people in the United States have lost their jobs since March.

The Fed said the key interest rate would remain in the range of 0 to 0.25 percent for the time being given the crisis. No new decisions were expected in the central bank’s deliberations, especially since the Fed had launched several trillion US dollars in emergency programs since late February.

Following the Fed announcement, the major US indices initially delivered some of their gains. The dollar eased slightly.

More: The US Federal Reserve supports the economy more than ever. But that is exactly what makes them vulnerable to Trump.