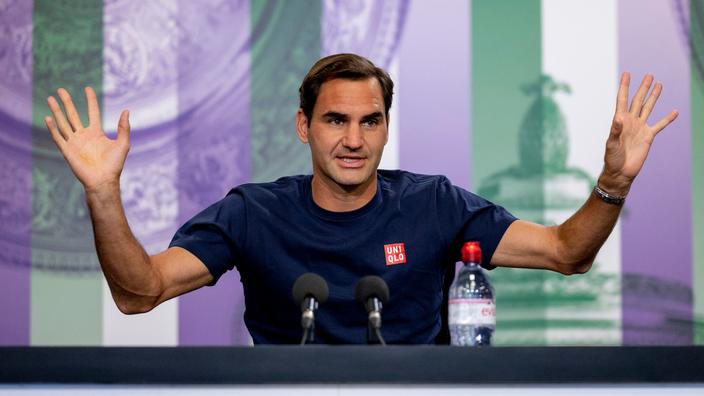 The eight-time winner of the tournament enters the competition this Tuesday against Adrian Mannarino.

The Swiss preferred to give up playing his round of 16 at Roland Garros to preserve his knee in order to land in London at his best for a tournament which remains his number one goal. Always green Roger Federer? His elimination in his second match on the turf of Halle on June 16, against Felix Auger-Aliassime (4-6, 6-3, 6-2) sowed doubt. Halle, his only preparation tournament at Wimbledon, an event he has won ten times in the past, is usually a springboard for him before the big meeting in London. But in Germany, the Maestro delivered a score “far from his standards». «Did I maybe have too high expectations, is it because there were only very few fans, I don’t really know where it came fromHe asked the press on Saturday.

“I’m really happy to be able to be here after the difficult year we’ve all had and my injuries I’m blown up. “

The Swiss, who will celebrate his 40th birthday on August 8, wants to be positive and says to himself “mentally strong», Convinced that he will turn green again in his favorite garden in search of a hypothetical ninth