Businessman Felipe Vallsfounder of the emblematic restaurant Versailleswhich he received for decades at Cuban exile on Calle Ocho Miamidied at the age of 89 in what was his host city since 1960, when he left the Caribbean island after Fidel Castro came to power.

The Center for a Free Cuba released a statement this Sunday in memory of the figure of Valls, a reference to the Miami that was built by the emigration from the island that arrived in this city in South Florida after the Cuban Revolution.

Located in the Miami 8th StreetVersailles, which opened its doors 51 years ago, is probably the most popular restaurant in Little Havanaa neighborhood where the Cuban lifestyle is recreated and today a focus of tourist attraction.

In addition to attracting tourists, Versailles became a meeting point for opponents of the Havana regime and a reference for demonstrations on political issues related to the island.

Arriving in Miami in his twenties from Santiago de Cuba, he opened Versailles in November 1971a restaurant that over the years would become a meeting point for exiles in Florida and a world reference for Cuban cuisine. 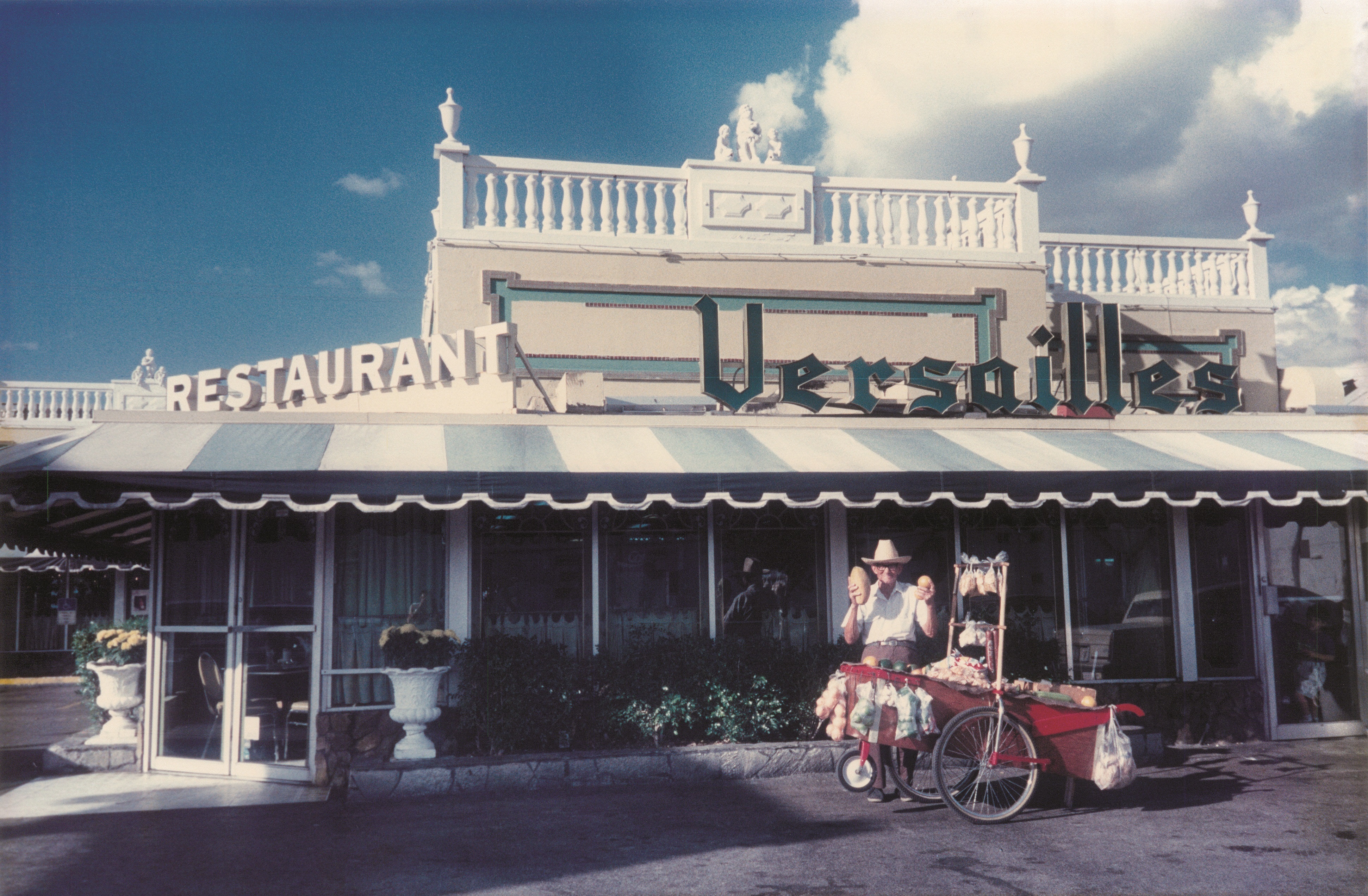 The facade of the Versailles restaurant, in Little Havana (Miami), the day the restaurant was founded, in the early 70s

Valls decided to pack his bags when the Fidel Castro regime confiscated the family businesses, including restaurants and a nightclub in Santiago de Cuba.

Had to start in Miami from scratch and he took advantage of his entrepreneurial skills to set up a refrigeration and hospitality equipment company, in addition to importing coffee makers from Italy and Spain.

The president of the Center for a Free Cuba, Guillermo Mármol, said about the death of Valls that he died “a Cuban-American patriot, civic leader, philanthropist, and businessman”.

“For decades, his Versailles restaurant has been the meeting point for thousands of Cuban exiles and friends of a free Cuba, where they have come to support the aspirations for freedom of the millions of people who suffer under communism,” he said.

Valls leaves Versailles and its famous guava cakes and strong coffee as an essential part of the history and daily life of Cubans in Miami. 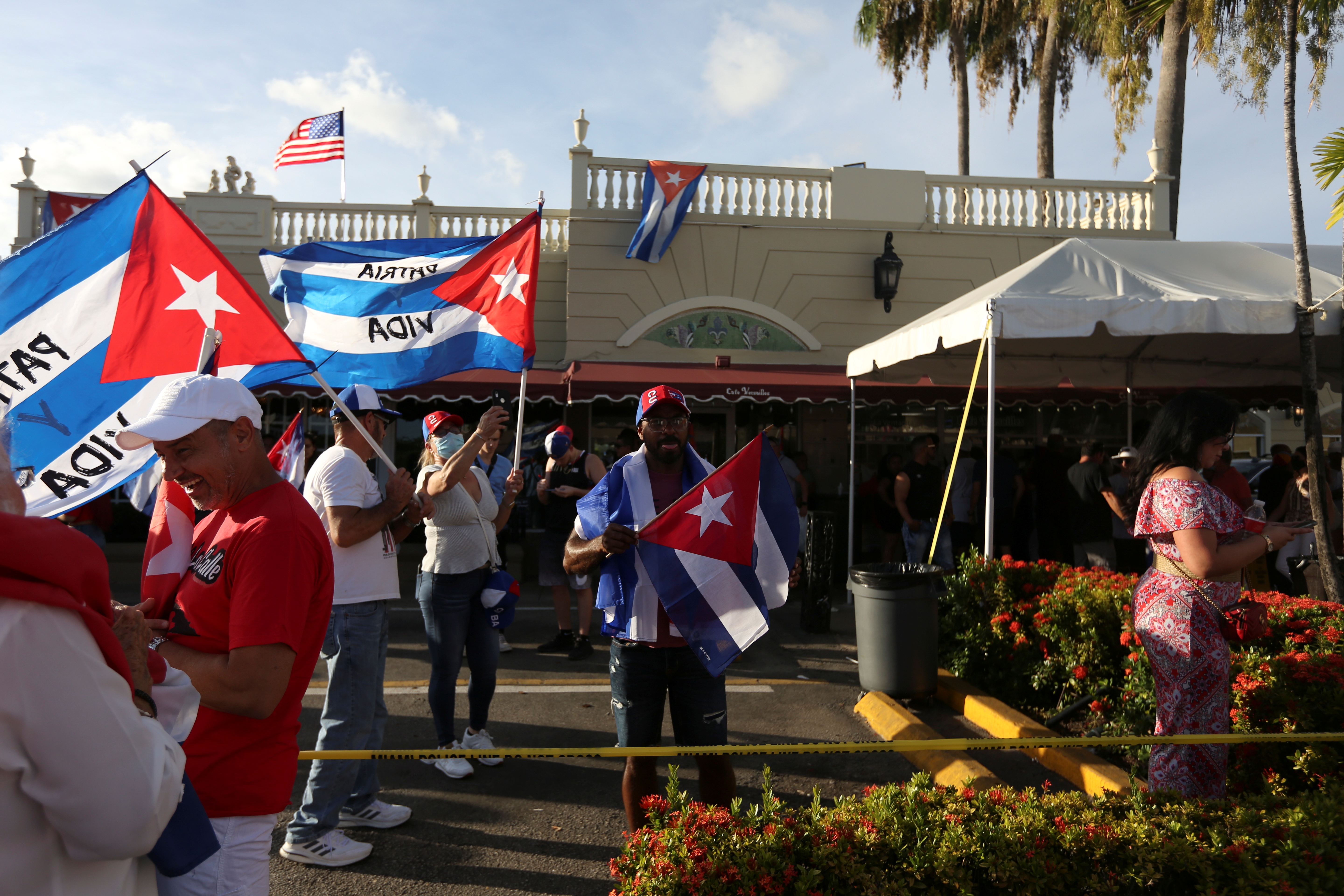 Cuban exile protest outside the Versailles restaurant in Miami (Reuters)

The establishment, despite the arrival of tourists, has remained a sentimental center for Cuban-Americans in the city, who, inside the large Versailles-esque mirrors, take advantage of the memory of their island to talk about the end of Castroism.

The relevance of the place is such that at election time, US politicians do not hesitate to come to the restaurant to show their sympathy for the Cuban community.

US presidents such as Ronald Regan, George W. Bush or Bill Clinton have come to Versailles during their time in Miami to taste the local cuisine, where dishes such as roast suckling pig or ropa vieja are offered.

In an interview with Efe years ago, Valls Jr. recalled how former Democratic president Bill Clinton came to the premises to thank those who had voted for him, a visit that he took advantage of to taste a menu based on roast suckling pig, moros (beans) and cassava.

With his death, Valls leaves behind the legacy of Versailles, which some consider one of the most important Cuban restaurants in the world and a must-see for anyone visiting Miami.

For the cause for the democratization of Cuba, it remains that in 1981 he participated in the start-up of the Cuban American National Foundation.

Kim Jong-un’s daughter had a new appearance with her father and opened the debate on the succession
Casablanca turns 80: the story of a troubled film that became a masterpiece

Concepción Company: “Since the verb ‘to take’ has specialized, in Mexico we use ‘to grab'”