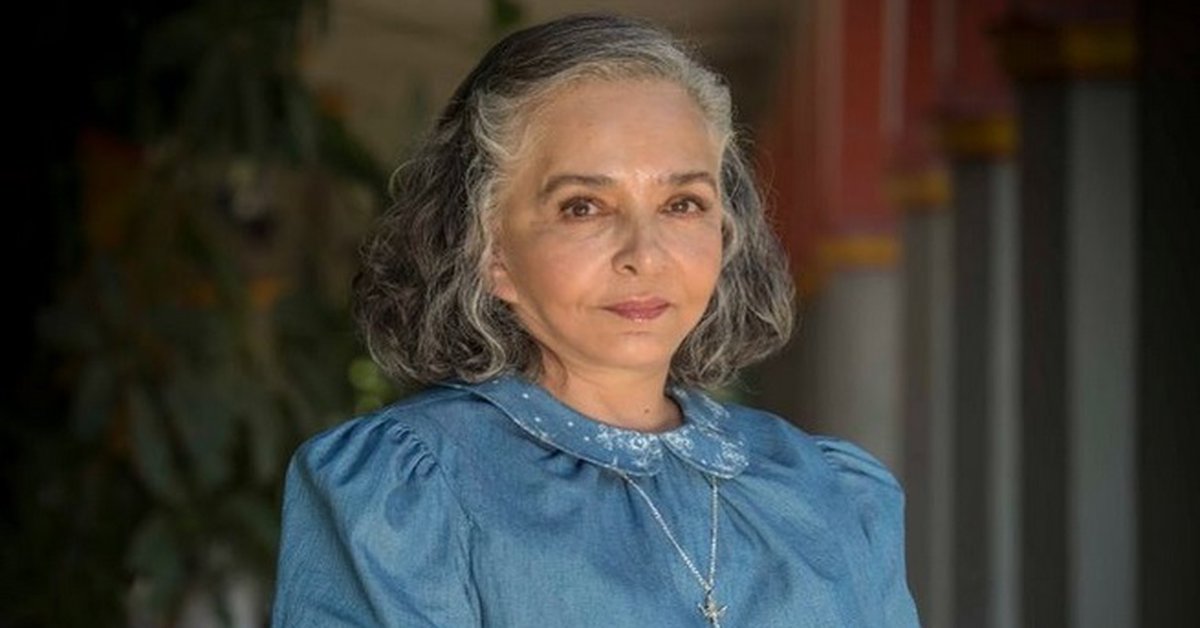 Ana Martin He has been sharing on his Twitter account for several days some photographs of his career and anecdotes from his youth. Accompanied by images of those years, the actress who will soon appear on the air in the telenovela The soulless has caused a stir for his ideas, that many have described as progressive.

In this regard, the 75-year-old actress spoke in her meeting with the press on the outskirts of Televisa: “The only thing I am telling you about is my career, 58 years of work and the only thing I do… if people have responded to me as they have responded to me… I don’t have community manager because I never thought to enter the networks. Two 17-year-olds are driving it, but supervised by me because my problem is this little thingSmartphone), I start to crush him and I don’t know where I’m going ”, he said.

Despite the fact that several users have called her “the new queen of Twitter”, the veteran actress claimed to be “one more user” and said she did not consider herself an example of anyone. He also spoke about how contemporary women have been developing:

“The empowerment of women began in the 60s with the contraceptive pill, and from there began the miniskirt, fashions, working, living alone. What I believe at this age of my life, at my 75 years of age, what I think is the most important thing, I am not an example for anyone, I am telling anecdotes of my life because I feel that I owe it to the public. because they are the ones who feed me, the one who has sustained me. If I am still here it is for the public and I will always tell them the truth “

He has caused a stir with the photos of his youth when he boasted a slender figure (Photo: anamartin / Instagram)

Ana revealed that thanks to his libertarian ideas she decided not to start a family, although she has had to pay the cost alone: ​​“I really decided not to have children because I didn’t have a very fatherly childhood, I said, ‘no, no way’, and now I don’t regret it. It’s a price right? the price of loneliness, but you have to know how to handle it. To loneliness or you make it your friend or your enemy: if it is your enemy, kill; if she’s your friend, you know how to handle her well, it’s hard work. ” assured.

“In my case it was not a sacrifice not to have children, I come from a marriage (of separated parents) and I decided on my own at that time that if I were to have a child one day it would be with someone who is my friend, because always passion and love, there are always problems … better a friend because it is a life project“Added the actress, who considered that the procreation of a baby should not be taken lightly.

The actress has been described by her fans as “liberal and progressive in ideas” (Photo: anamartin / Instagram)

“I believe a lot in the family, but it has to be like a sanctuary because there is that little seed that begins, it has to be a family that is not toxic, if there are lawsuits, that the child does not find out, that it does not feel, because they are like sponges. It is something serious, it is not about ‘I already bought diapers, it will be a girl or a boy, what name am I going to give it, the baby shower’ no, it is a serious life project and more currently that the situation is increasingly difficult “

In recent days, Ana mentioned on Twitter that thanks to her role in the well-remembered telenovela Gabriel and Gabriela, where he personified a woman who used male garments, the rumor emerged that she is a lesbian, a situation that never bothered him, because he said he loved people as human beings regardless of their orientation.

“What happens is that that seems so absurd to me, I don’t see the difference between lesbians, non-lesbians, heterosexuals, transsexuals, because I see them as human beings and I have had great friends and friends that I have loved deeply and each one who has their sexual preference and mine have been men. If it was rumor or not, I do not care because I do not feel it as aggression, if I love lesbians, gays, “he said.

“I don’t like serious relationships”: Ana Martín caused a furor in networks after her controversial statements
Ana Martín shakes the networks: the Televisa star shared provocative photos of her youth
The secret of the enviable figure and beauty of Ana Martín during her youth