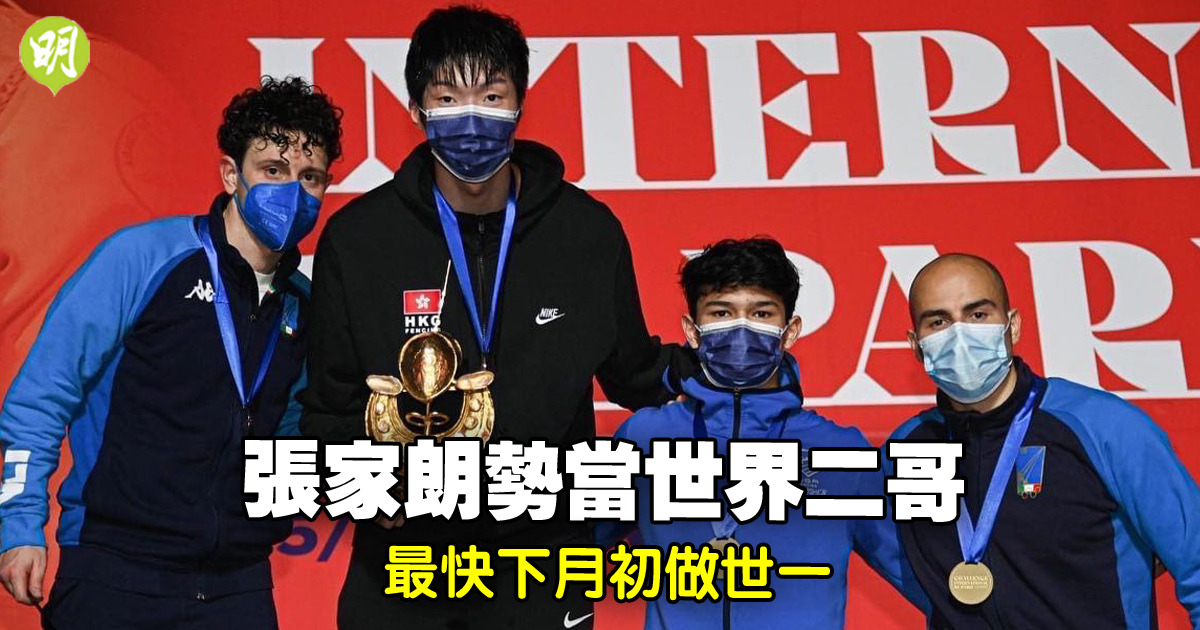 Cheung Ka-lang became the first Hong Kong Men’s Foil World Cup champion in his first international competition after the Tokyo Olympics. He, who was ranked 4th in the world before the game, stated before leaving for Europe that he aimed to challenge the world’s 1st this year, and he only stopped in the top 64 and top 8 with the “second brother” Meng Kairui and “third brother” Jia Russell respectively. The momentum surpassed the two and jumped to No. 2 in the world, and narrowed the gap with the “first brother” Kogoni. The generals will move to the Grand Prix held in Turin, Italy early next month. If Zhang Jialang can continue to be strong, he may realize his dream of “world one” earlier.

After losing to Italy in the top 8 of the team match yesterday, the Men Huagang team moved to the ranking match. In the first game against Egypt, Wu Nuohong scored 5 points in the 4th game, leading by 20:14. However, the opponent successfully counterattacked in the remaining 5 games. , the Hong Kong team ended up losing 36:45. Afterwards, the Hong Kong team competed with the South Korean team for the seventh place. They also lost 37:45 and finished the competition in the eighth place in the total score. As for the women’s flower team that played in the World Cup in Poland, they defeated Brazil and Romania in the ranking round and finished 13th.

Celine Dion cancels shows in North America due to illness