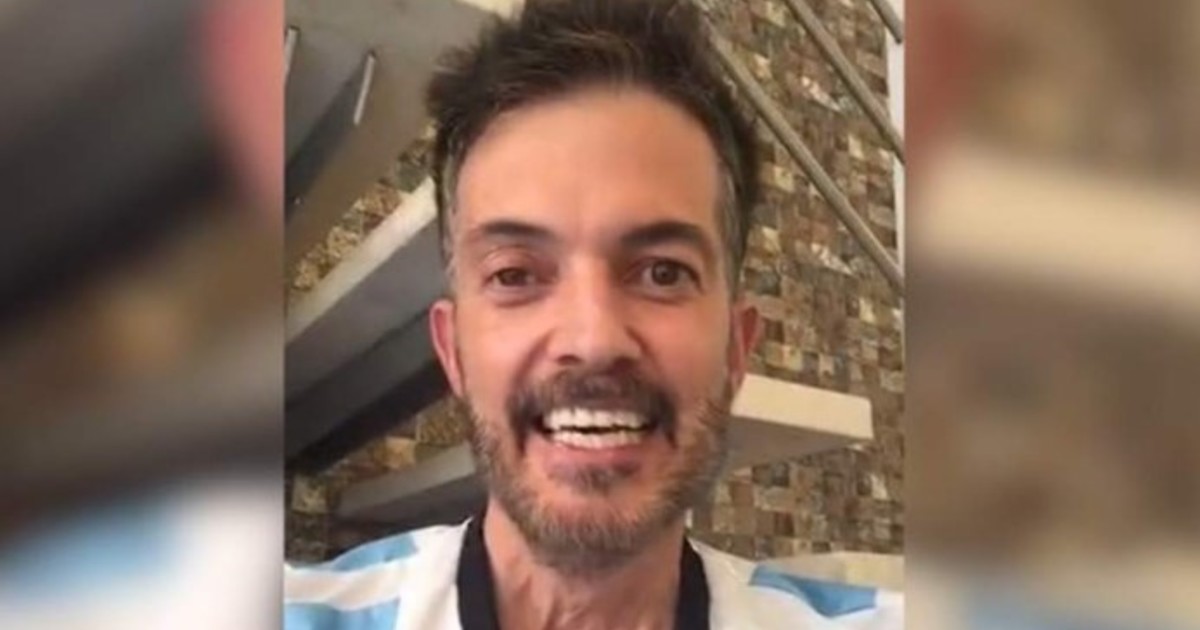 Driver Fernando del Solar died This Thursday at the age of 49, this was confirmed by one of the programs in which he worked for many years “Venga la Alegría”. Although the causes of his death were not clarified, years ago he was fighting against a cancer lung and had suffered from Hodgkin’s lymphoma. Del Solar was born in Argentina, but managed to succeed in Mexico in programs like “Insomnia”, “Sexes in war”, “Venga la Alegría” and “Beat the chef”.

“It breaks our hearts to report the unfortunate death of our beloved Fernando del Solar! At #VLA we send our condolences to all his family and friends!” wrote the Venga la Alegría broadcast.

Fernando del Solar was one of the most beloved conductors on Mexican television, since he was part of the show Guerra de Sexos, next to who was also his wife, Ingrid Coronado. During that time the cancer even caused him to have been in a coma.

It breaks our hearts to report the unfortunate death of our beloved Fernando del Solar! 😢🕊🙌🏻

In #VLA We send our condolences to all his family and friends! pic.twitter.com/zhYjY13Lzk

Martín Cacciamani Servidio, better known as Fernando del Solar, was born in Buenos Aires on April 5, 1973. He was the son of Norberto Cacciamani, a merchant, and Rosa Lina Servidio, a housewife.

From an early age he emigrated from his country to Mexico, where he forged his artistic career, thus becoming one of the most beloved figures in the entertainment world.

He participated in ten television programs as a driver. However, the one that marked his career the most was the Venga la Alegría program, where he participated as one of the main hosts for six years. -from 2006 to 2012-.

Del Solar had settled in Mexico in the 1990s.

He was the host of the programs Insomnia, Sexes at war, Venga la Alegría and Gánale al chef. In March 2018, he joined the Hoy de Televisa program for 3 months, under the production of Magda Rodríguez who came from TV Azteca.

The battle against cancer

Fernando del Solar went through difficult years due to his state of health. In 2012, he was diagnosed with Hodkin’s Lymphoma, a cancer that develops in white blood cells. The driver underwent treatment to eradicate the cancer.

During all these years, the driver worried his fans because his physical condition deteriorated and he lost weight rapidly. In 2019 and until his death, Fernando del Solar had to undergo some treatments, one of them to detoxify his liver and it was also reported that due to problems with his lungs he had to be hospitalized for more than a month.

His word on death

The driver also touched on the subject of death on social networks, because sometimes he revealed that he was not afraid that this moment would come, and even joked in his publications, to which he added hilarious images.

“Those guys have come a few times looking for me… whenever they arrive I invite them to come in, we dance for a while and I convince them that today is not the day. So we are taking a little solemnity out of the thing, ”she wrote on Twitter a while ago along with a popular clip from four Africans holding a coffin as they dance.

Repercussions on the networks

I just wanted to get home from school to see “Life is a song” by Fernando Del Solar. A part of my childhood died today. pic.twitter.com/Jkt27Xfgym