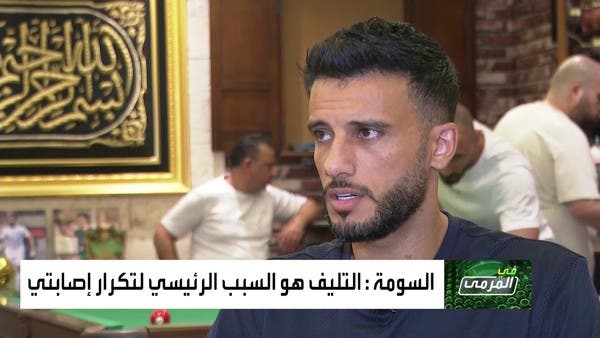 Omar Al-Soma, Al-Ahly Jeddah striker, revealed that fibrosis led to his suffering from injury and his absence from the team in the last period.

The Syrian international striker said in an interview with the “In the Goal” program on Thursday: The injury occurred for the first time with the national team in Bahrain, then I came back and treated it 100%, but in the group stage of the AFC Champions League there was pressure matches, and I participated in all the confrontations, and I suffered from The injury in the fifth meeting was a slight tear and fibrosis, and I was treated after that, but the club was in a difficult situation in the league table, and I did not get the full time for treatment, and I was in the Qadisiyah match and then I suffered from the injury and rested for two games after that.

Al-Soma continued: The injury returned in the team’s training during the preparation for the qualifiers, but in the club’s camp that was held in Tunisia in preparation for the new season, I took my time in treatment and full qualification, before returning in the second week of the league, and it was the fibrosis that caused me damage and did not treat it.