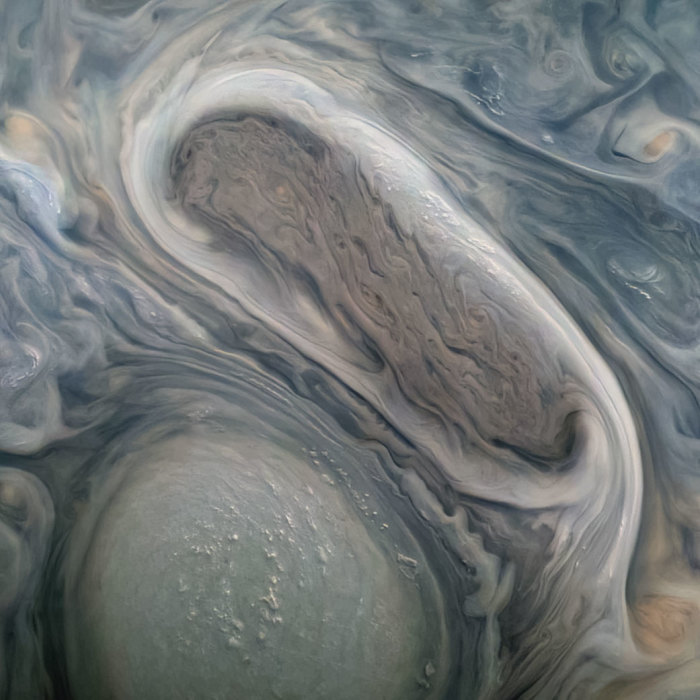 Monday, January 24, 2022 at 12:00 p.m. – A probe launched by NASA is sending spectacular images of fifteen huge cyclones that have been raging on this planet for several years. Explanations.

The Juno probe, launched by NASA in 2011, sends spectacular images of the planet Jupiter and its satellites. Researchers from the University of California at San Diego have been interested in the storms that rage in the atmosphere of the gas giant.

According to their observations, the images from the Juno probe show about fifteen giant cyclones. Eight storms are raging at the North Pole and five at the South Pole. Their respective diameter is estimated at more than 1000 kilometers. In addition, they have been active since the beginning of the NASA probe’s entry into service.

Scientists have noticed that the dynamics of these huge storms are reminiscent of those of oceanic eddies observable on Earth. Obviously, the forces present in the Jovian atmosphere are deployed on a larger scale than on our planet.

Lufthansa and MSC want to buy the ex Alitalia