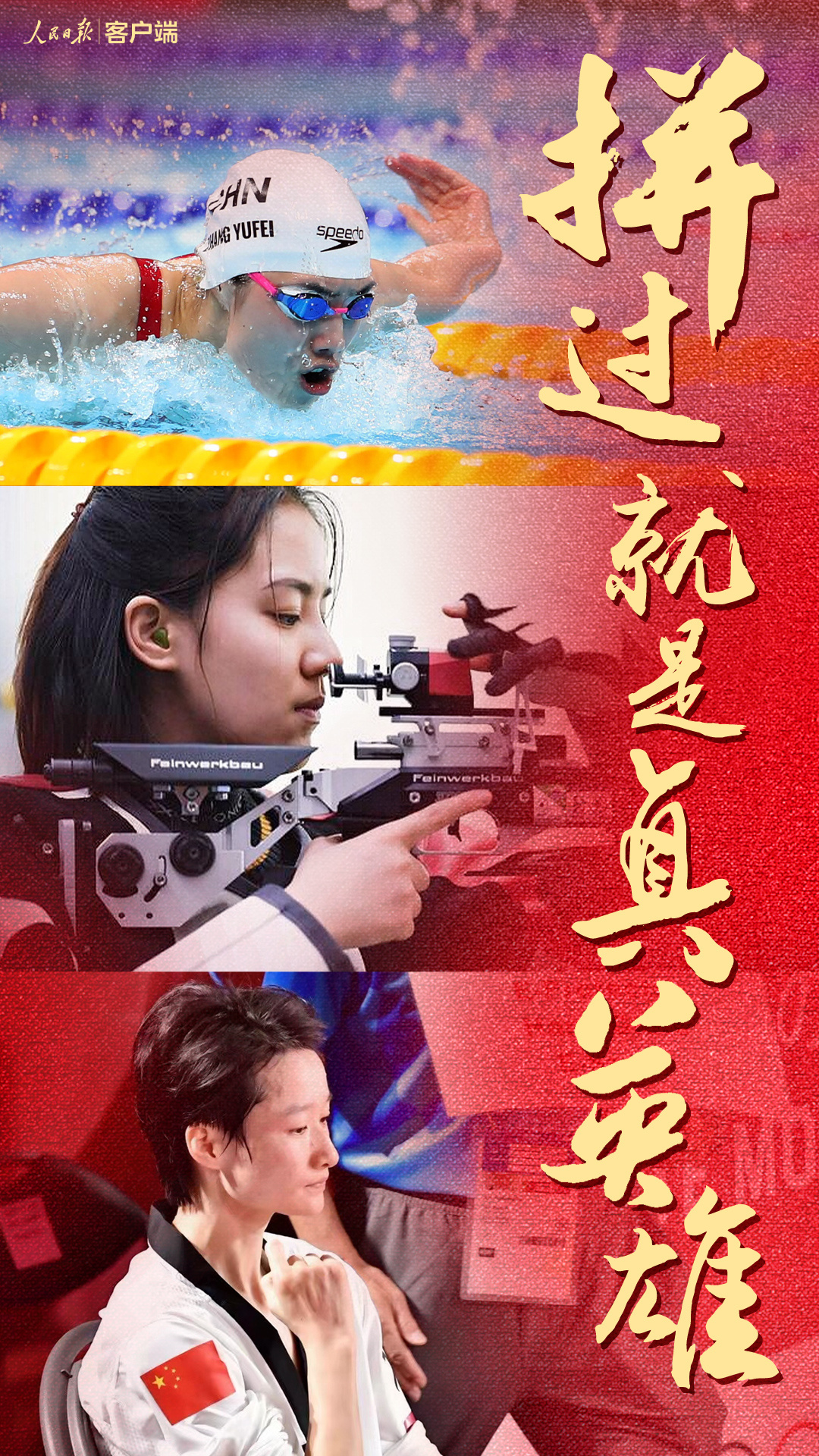 Original title: Fighting for your dreams is a true hero

To be able to embark on the Tokyo Olympic Games is a challenging journey for every athlete.

International Olympic Committee President Bach said that the meaning of the Olympics is to bring the world together. Gathering together is to let people see their persistence in their dreams and let the Olympic spirit inspire more people.

At the Olympics, the top-level competitions often only win or lose between a few cents.No matter whether you stand on the podium or not, and regardless of the quality of the medal, fighting is the most moving story.In the women’s 100-meter butterfly final, Chinese contestant Zhang Yufei tried her best to get the silver medal. Although she was a little regretful, she smiled and faced the camera after the game and shouted “Come on!” and turned to prepare for the next competition. “I can lose but I won’t give up easily. This is my’success in the sea of ​​trouble’.” Open-minded and persistent, this is the touch and encouragement that the athletes bring us.

Although Wang Luyao, a young shooter, failed to make the finals in the women’s 10-meter air rifle competition, she has actively adjusted her mentality and set her sights on the Paris Olympics three years later. “I will not admit defeat, nor will I bow my head.” Experience in the competition and grow in the struggle.There is no victorious general in the arena, but there is a will to never give up and a fighting attitude to stick to the dream. All these stories together form the shining spiritual background of the Olympic movement.

In the Taekwondo arena, veteran Wu Jingyu failed to go further in the women’s 49 kg competition. When leaving, she smiled frankly and thanked the game for the gift to her. She has climbed the peak, but also fell into the trough. The four Olympic Games, each time she boarded the stadium, made her life more complete. She said that she has won two Olympic champions, but the most cherished gain is the courage to constantly challenge herself. The resilience and self-confidence in her made us understand that love can last for a long time.Dare to face challenges and dare to surpass yourself, this is the most “golden” struggle story.

The fledgling teenagers and experienced veterans are all using their own hard work to interpret the unremitting pursuit and persistence of their dreams. The legend of the game they wrote will also inspire more people to continue to create new miracles. Use brilliant life to add color to the motherland! Use high-spirited ambition to fight for the nation! (Sun Longfei）