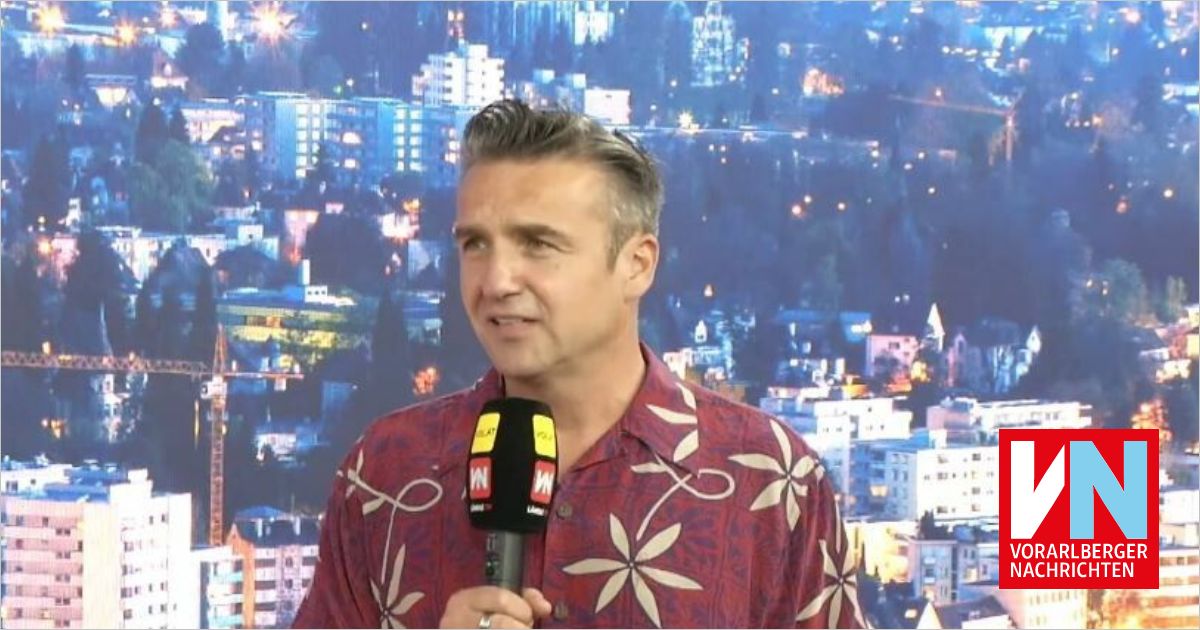 Schwarzach At the 74th Locarno Film Festival this year they won the audience award for “Hinterland”: Hanno Pinter, Robert Buchschwenter and Oscar winner Stefan Ruzowitzky (“The Forgers”). The idea for the film came from Pinter, who is known to most Vorarlbergers as the front man of the rock’n’roll band The Monroes. The anti-war thriller “Hinterland” is set in Vienna in the 1920s after the collapse of the German Empire. Murathan Muslu plays the broken war returnees Peter Perg who is hunting a serial killer in the lead role. “Film and script are topics that have always preoccupied me. The scriptwriting is a wonderful balance, ”said the Lustenau native on Friday evening at“ Vorarlberg live ”.

The script for the film has come a long way. Pinter received a scholarship through the Screenplay Forum in Vienna, and since 2004 he has been writing the screenplay with Robert Buchschwenter and Stefan Ruzowitzky. By the way, Pinter got the idea while reading the Vorarlberger Nachrichten: “I read an article about a man who returned from the war, I think it was a Rankler,” remembers Pinter.

The darkly designed film was shot over several weeks in the Blue Box in Luxembourg. In this way the project was financially viable. “The gloomy, dark also reflects the return psychologically. For the viewer, this may be a bit strange at first, ”says Pinter. The scene with cast shadows, crooked houses and horror alleys is intended to be reminiscent of expressionist motifs from the cinema of the 1920s.

Well-known actors like Matthias Schweighöfer, Liv Lisa Fries and Max von der Groeben play in other roles in “Hinterland”: “These are things that you don’t even dare to dream remotely,” enthuses Pinter about the cast and the atmosphere on the set. He is particularly pleased that the film won the audience award at the renowned film festival: “There was long, warm applause in Locarno. An unbelievable burden fell on us. That was the greatest gift. “

I was so captivated by the issues of prisoners of war and returnees that the idea for the script came up.