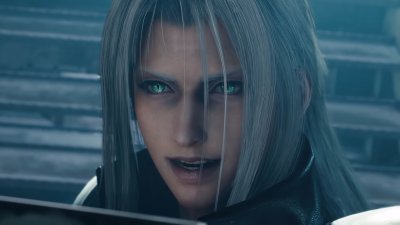 What a night it was for fans of the universe Final Fantasy VII, who were able to discover during the State of Play the PS5 version called Final Fantasy VII Remake Intergrade, which will contain additional content with Yuffie, but also two new and very surprising mobile games, The First Soldier and Ever Crisis. In all this commotion, we would almost forget that the next big Square Enix will be the second part of the remake, which is quickly talked about through Famitsu.

Tetsuya Nomura has indeed indicated to our colleagues from the East that he is working more than ever on various projects, as reported Gematsu. While he held the position of co-director on Final Fantasy VII Remake alongside Motomu Toriyama and Naoki Hamaguchi, it is now the latter who will shoulder alone the charge of FFVII Remake Part 2. Since the basics of gameplay are now solid and the improvements to be made for the future of the remake have been identified, it was decided to trust the game designer. However, that does not mean that Tetsuya Nomura will not participate, because he remains creative director on everything related FFVII, even mobile games, so expect to see a lot of improbable haircuts in the years to come!

FFVII Remake Part 2 is probably not about to see the light of day, so the first part still has a bright future ahead of it, still sold € 37.89 on Amazon.

See Also:  No Oktoberfest, no Obama - no boredom