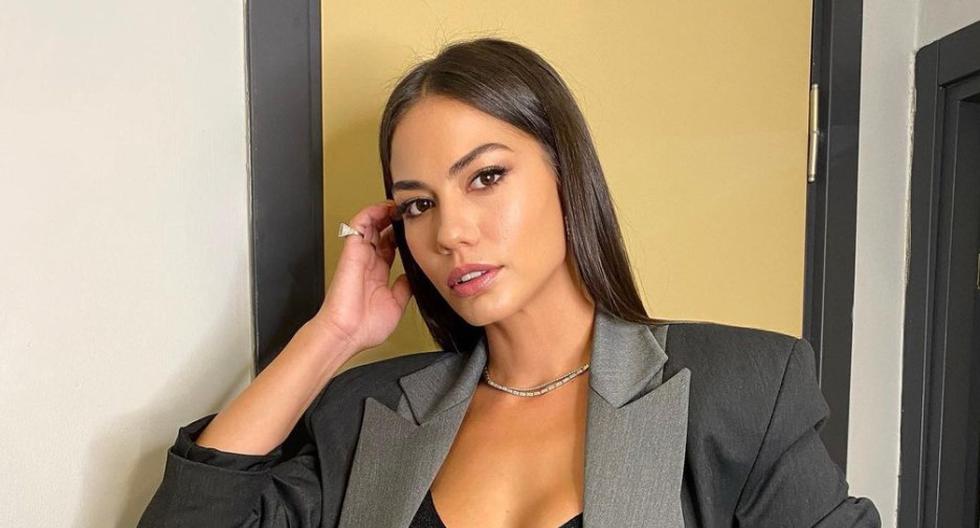 The revelation of new data regarding the Turkish actress Demet Ozdemir It is always something very valuable and positive for its thousands of fans. And it is that the artist who was part of important soap operas such as “Erkenci Kuş” or also known as “Dreaming Bird”, as well as “My home, my destiny”, Is one of the most famous and loved by the public due to his great work in acting.

MORE INFORMATION: This was the end of Demet Özdemir and Oguzhan Koç’s relationship

Demet Ozdemir played Zeynep in the soap opera “My home, my destiny”, A young woman born in the midst of a very poor economic situation but whose life will change over time and she will be surrounded by luxury, but this will not prevent her from being cornered by her past.

The soap opera “My home, my destiny“Is an Ottoman production that was produced on December 25, 2019. This is an adaptation of the novel”Girl in the Glass”(“ The girl in the window ”or“ The girl in glass ”, from the year 2019), written by the Turkish psychiatrist Gülseren Budayıcıoğlu from a real case that she treated herself in her office.

MORE INFORMATION: Find out what happened to the actress Demet Özdemir after the end of “My home, my destiny”

While the actress Demet Ozdemir enjoys the fame and recognition of the public, during his childhood he had some characteristics of his personality that have surprised more than one.

WHAT WAS DEMET OZDEMIR’S PERSONALITY LIKE WHEN I WAS A CHILD?

Smiling, full of energy, happy and determined to everything, this is how the actress is shown today Demet Ozdemir who during his visit to the program “Tonight with İbrahim Selim”, one of the most popular shows in his native country, Turkey, revealed some details of his childhood.

“I didn’t speak to anyone when I woke up in the morningDemet said.

But that was not all, because, too, he made it known that he had a strong character and was impatient. “As a child, I was incredibly ambitious, determined, and impatient. I wanted everything to happen fast. This impatience was creating extreme tension in me”, He notes.

He added that his character changed when he really knew what he wanted to do with his life. It should be noted that the actress was born in İzmit, a small town located in the northwestern part of Anatolia, in Turkey.

“(İzmit) was a small place but there was a really great neighborhood culture. I grew up with the culture of the neighborhood, climbing trees, playing outside with friends, coming home at 9:30 p.m. I was there until I was 11-12 years old and I was able to grow with great freedom because it is a place based on trust and friendship.”, He specified.

MORE INFORMATION: What İbrahim Çelikkol did after finishing the Turkish soap opera “My home, my destiny”

HOW IS ACTRESS DEMET OZDEMIR CONSIDERED?

The protagonist of “My home, my destiny“He also pointed out that he considers himself a person”very realistic” Y “honest”, When giving some advice to his close friends. He added that on some occasions this has brought him some problems.

Although she recognizes that in the moment, perhaps, she can hurt someone, in the future everything will turn out as she mentioned, well, she believes in her feelings.

WHO IS ACTRESS DEMET OZDEMIR?

Demet Ozdemir was born on February 26, 1992 in Izmit, Turkey. She is the youngest of 3 siblings and moved to Istanbul with them with her mother after her parents’ divorce, when she was 8 years old.

His grandmother and his brothers would later go to Germany.

It was in 2018 when she would receive the award for Best Romantic Comedy Actress at the Pantene Altin Kelebek Ödülleri, (Golden Butterfly Awards).

What you should know about the Ski World Cup Slalom in Kranjska Gora.