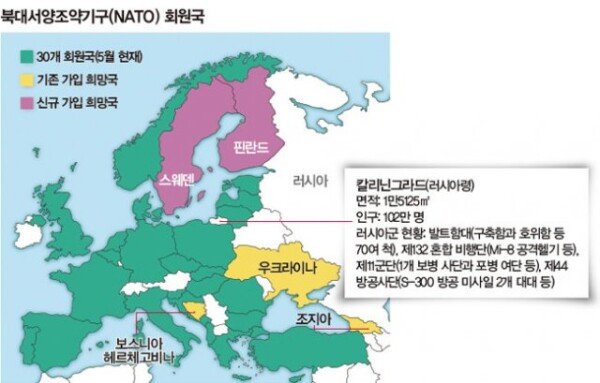 Most Finns are well aware of the painful history of the ‘Winter War’ with the former Soviet Union. The Soviet Union invaded Finland on 30 November 1939, refusing to exchange requests for border territories and lease major ports. It was a large-scale attack that mobilized 540,000 troops, 2400 tanks, 2,000 artillery pieces, and 1,000 aircraft. The Finnish army faced 300,000 armed with rifles and 100 aircraft. In this war that lasted until March 13, 1940, the Finns lost more than 25,000 men, but they used guerrilla tactics to withstand the Soviet attack by using the terrain of forests, lakes and swamps and the freezing temperature of minus 40 degrees Celsius. paid More than 126,000 Soviet soldiers were killed. Nevertheless, Finland, unable to withstand its inferiority in national power, virtually surrendered to the Soviet Union and handed over 12% of its territory.

Finland sided with Nazi Germany during World War II, but was unable to recover the land it had lost in the Soviet victory and had no choice but to enter the Soviet sphere of influence. In 1948, Finland signed the Treaty of Friendship, Cooperation and Mutual Aid with the Soviet Union, which included a provision of security cooperation providing assistance in the event of an invasion of the Soviet Union. Although it claimed to be a neutral country in terms of diplomacy and security, it acknowledged the influence of the Soviet Union, which possessed a powerful military force. It was an inevitable choice for Finland, which shares a border with the Soviet Union that stretched 1,300 km. At that time, Finland’s choice was called ‘Finlandization’. Finnishization means that a weaker country concedes its national interest while looking at the neighboring powers. In fact, Finland did not criticize the Soviet Union’s foreign and security policies during the Cold War, and even after the collapse of the Soviet Union in 1989, maintaining friendly relations with Russia, the successor, was the top priority in its foreign affairs and security policy and maintained a neutral stance. This is why Finland did not join NATO, the Western military alliance. Finland has been increasing cooperation with NATO since Russia’s forced annexation of Ukraine’s Crimea in 2014.

The Russian invasion of Ukraine on February 24 heightened security concerns among Finns. The nightmare of the Winter War. Most Finns have the belief that if they want to stop a Russian invasion, they have to get into a big fence called NATO. According to the results of a recent poll, 76% of respondents said they “agree to join NATO”. Only 12% were against it, but just six months ago, only 20% of the public voted in favor of joining NATO. Finnish Prime Minister Sanna Marin, who was born in 1985 and is now 37 years old, shared the fear of war felt by the people, saying, “I have realized that war remains a stark reality in Europe even in the 2020s.” He thought that the current state of Ukraine was ‘comparable’ to Finland, which was invaded by the Soviet Union 83 years ago. In the end, the Finnish government and parliament decided to join NATO after collecting public opinions. The neutrality status was abolished after 74 years. Finnish Foreign Minister Peka Havisto explained the reason for the decision to join NATO, saying that the Russian invasion of Ukraine changed the security situation in Finland. Finnish President Sauli Ninistö called Russian President Vladimir Putin to inform them of the decision.

Sweden: Neutrality is not good for our future

The same is true of Sweden. Unlike Finland, which borders Russia, Sweden decided to join NATO even though it is only 400 km away by sea (Baltic Sea). This is because of concerns that Sweden’s Gotland, the largest island in the Baltic Sea, could be invaded by Russia. Gotland, which is 1.7 times the size of Jeju (an area of ​​3184 km2, with a population of 57,000), is 90 km from Sweden and 330 km from Kaliningrad, where the Russian Baltic Fleet Headquarters is stationed. Russia has been carrying out armed demonstrations by mobilizing strategic bombers and fighter jets, including dropping a simulated nuclear bomb after entering as far as 38 km of Swedish airspace in front of Gotland. After the war with Norway in 1814, Sweden did not join the military alliance or participate in the war. It has adhered to the principle of ‘non-alignment in peacetime, neutrality in wartime’ for 208 years. Neutrality was maintained not only during World Wars I and II, but also during the US-Soviet Cold War. Even in Sweden, 57% of the people were in favor of NATO membership. Sweden’s Prime Minister Magdalena Andersson said, “Participating in NATO is the best option for the people.”

NATO is expected to approve the accession of Finland and Sweden at a summit in Madrid, Spain, on June 29-30. After that, NATO’s 30 member parliaments must unanimously ratify the decision before becoming a full member. If the two countries become NATO members, the security landscape in Europe will inevitably change significantly. Above all, the border between Russia and NATO members has more than doubled to 2,573 km. In particular, Russia may be subject to a complete blockade of maritime activities such as military and economic activities in the Baltic Sea. The only floating port in Europe that Russia can use even in winter is in Kaliningrad, an offshore territory located in northern Poland. Russian ships have been able to travel freely in the Baltic Sea so far, but navigation itself may become impossible if both countries join forces with other member countries to block the Baltic Sea. From Russia’s point of view, the Baltic Sea is a gateway to the North Sea and an important trade route with Europe. Conversely, from the European point of view, the Baltic Sea is the most effective way to prevent Russia from expanding its power through the sea.

Moreover, Sweden and Finland’s accession to NATO will inevitably have a significant impact on the balance of power in the Arctic region. Russia may face ‘bullying’ from the Arctic Council, which has coordinated resource development and routes in the Arctic and Arctic Oceans. The Arctic Council, established in 1996, consists of eight countries: Russia, Denmark, Finland, Sweden, Norway, Iceland, the United States, and Canada. When Finland and Sweden join NATO, all member countries except Russia are NATO members. Except for Russia, seven Arctic Council member states have already declared a boycott of Russia in March. In a joint statement, they said, “We reject all meetings of the Arctic Council attended by Russia.”

Russia, which accounts for 60% of the Arctic Ocean coast, has been actively pioneering the Northeast Passage and developing Arctic resources as Arctic sea ice melts due to climate change caused by global warming. The Northeast Passage is a sea route from the Pacific Ocean through the Bering Strait to the Atlantic Ocean through the northern coast of Russia. When operating Busan, Korea and Rotterdam, the Netherlands, using the Northeast Passage, the distance can be reduced by 32% and the number of operating days from 40 to 30 days compared to the existing Suez Canal. NATO has deployed submarines, various ships, and F-35A stealth fighters in Finland and Sweden to check the passage of this Northeast Passage, thereby aiming for Russia’s ‘back of the head’. In addition, the Arctic region is the last resource treasury in the world, with oil reserves of 90 billion barrels and natural gas estimated to reach 47 trillion cubic meters. The region’s oil and natural gas reserves account for 22% of the world’s reserves. NATO could also prevent Russia’s monopoly on energy development in the region in the future.

NATO is expected to start building a siege network against Russia in earnest by deploying large-scale troops and weapons in Nordic member states such as Finland and Sweden. NATO has already conducted a joint exercise called ‘Cold Response’ in Norway by mobilizing 30,000 troops from March 10. Finland and Sweden, which were not members of NATO at the time, also participated in this exercise, the largest since the Cold War era. Finland and Sweden are regarded as military powers in Northern Europe.

On the other hand, Russia is also taking a military response. The Russian military conducted a simulation exercise of firing an Iskander-M ballistic missile equipped with a nuclear warhead in Kaliningrad on May 4. The exercise was Russia’s first simulated nuclear strike in the Baltic Sea since the invasion of Ukraine, targeting Finland and Sweden. The Russian Ministry of Defense also announced that it will deploy more than 500 new high-performance weapon systems to the Northern Fleet within this year. The Northern Fleet is Russia’s core naval force operating with the Arctic Ocean as its main operational area. “The Northern Fleet has traditionally been the heart of the Russian Navy,” said Johannes Peters, a researcher at the Institute for Security Policy at Kiel University in Germany. However, it is unclear whether the Russian Northern Fleet will be armed with advanced weapons as the Russian military power is weakening due to strong Western sanctions. As a result, Russia invaded Ukraine under the pretext of blocking NATO expansion, but this actually stimulated security instability in Finland and Sweden, leading to NATO expansion.

A groom screaming hysteria on the night of his entry from the bedroom?.. What he found between his bride’s feet made him crazy and made him lose his mind completely.! !