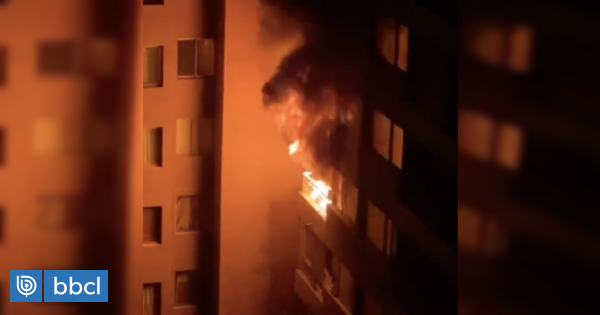 Three departments were affected by a fire which occurred on the seventh, eighth and ninth floors of a building located in the heart of Santiago.

The situation occurred around midnight in Blanco Encalada with José Miguel Carrera, Santiago commune, in front of the campus Beauchef from the University of Chile.

The flames started in an apartment on the seventh floor, affecting those above it on floors eight and nine.

Firefighters had to carry out a mass evacuation to the residents of the upper floors, who climbed to the roof of the tower.

This was pointed out by the second commander of the Santiago Fire Department, Diego Velásquez.

The incident left an older adult in his 80s with some Burns.

See Also:  The four best cavas for sale in Spain to offer this Christmas for less than two euros