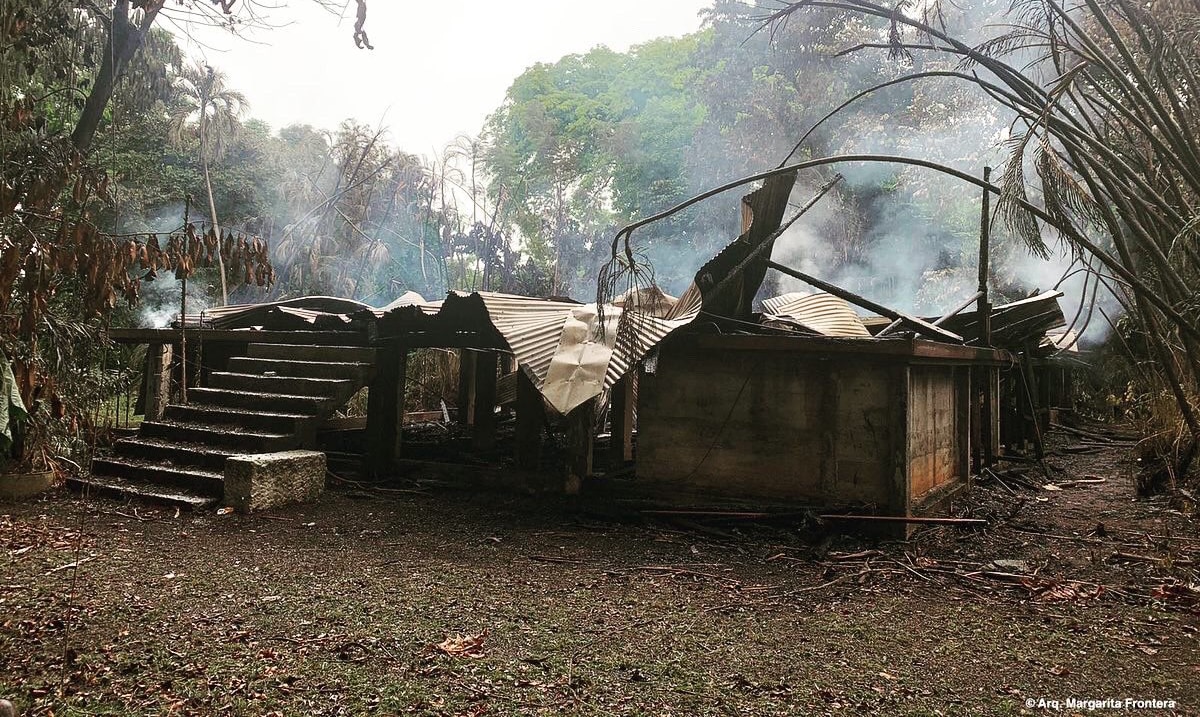 The iconic Klumb House, in Río Piedras, was destroyed last night by a fire and, at the moment, the reason for the accident is unknown, confirmed the Fire Department.

“The loss cannot be estimated because it is declared as National Heritage. It is the responsibility of the University of Puerto Rico (UPR) to estimate the damages. It was total loss”, authorities said in written statements sent to The new day.

“There is nothing salvageable here. Everything was total loss. We cannot estimate damages. Here there are no monetary losses, because it was a heritage. Only cultural loss to what the structure represented, ”he told The new day the UPR press spokesperson, Mario Alegre.

Last night, the dilapidated Henry Klumb House was destroyed by fire. This event means a terrible loss for Modern and Tropical Architecture and, above all, our built heritage. #casaklumb #architecture #henryklumb pic.twitter.com/QfQyVTgs9p

The structure was under the administration of the Graduate School of Architecture and, according to Alegre, courses were taught there.

Through social networks, some users denounced that the place is abandoned and that the administration of the UPR does not ensure the continuous maintenance of the facilities and the preservation of the structure of the house that dates back to 1947.

However, Alegre rejected the complaints and affirmed that the Klumb House was maintained by the Graduate School of Architecture and that “the grass was cut and kept in use for the courses.”

“In fact, here is the person who came to give a preventive security round every day. We were always vigilant and made sure he was okay. Defending that does not give us back the house, but it is not fair for them to say on the networks that the UPR did not watch over the house, because it did have maintenance ”, he defended.

The Klumb House was an important architectural work developed by the German architect Henry Klumb, who also designed the building of the Faculties of Business Administration and Social Sciences; the Museum of Anthropology, History and Art; the José M. Lázaro Library; the School of Law; the Faculty Center (former School of Architecture) and the University Center. In the Mayagüez Campus, he also designed several structures.

Klumb was the architect of the UPR for almost 20 years.

Additionally, the Klumb House was added in 1997 to the National Register of Historic Places. In turn, since 2014 it has been included in the World Monuments Watch program.

The Klumb House was the example of the style of modern architecture in the Caribbean that began in the late 1940s.

They evaluate their reconstruction

Alegre affirmed that the members of the dean of the UPR School of Architecture are already in place and will hold talks to examine the possibility of rebuilding the Klumb House by rebuilding it “from scratch.”

“The Dean of Architecture is mentioning that there is the possibility of rebuilding the structure from scratch. Obviously, there is nothing confirmed, only that they will talk about how the reconstruction of the structure could be carried out “, he pointed.

Asked if there was another article, artifact or property of great cultural value in the house, Alegre replied that it was not.

“In the house there were no plans or papers or books or anything of cultural value that could have been lost. Only the structure was lost ”, he specified.