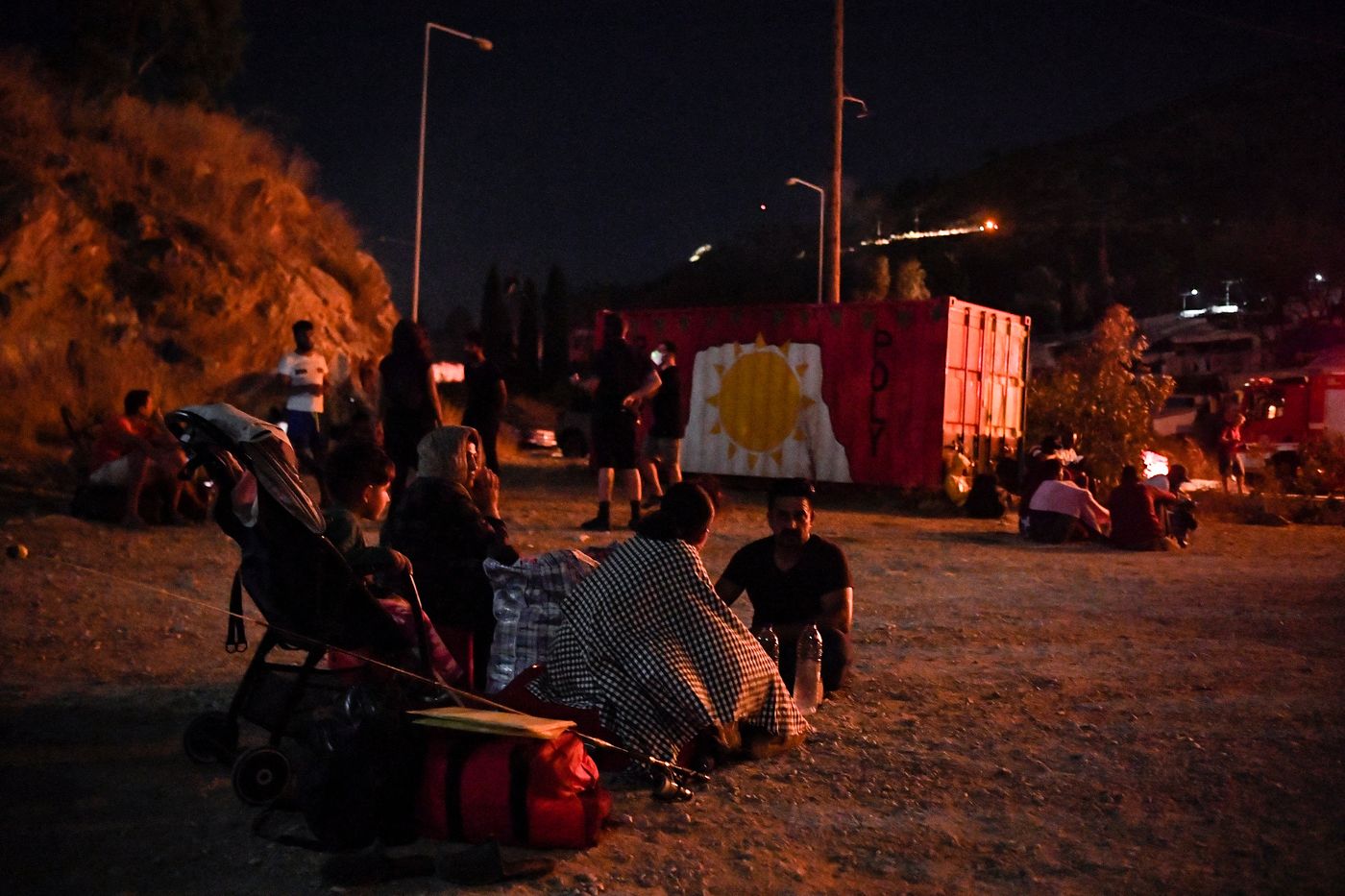 A major fire that broke out on Sunday evening, September 19 in the migrant camp at the gates of the town of Vathy on the Greek island of Samos, was under control at the start of the night, announced the Greek Migration Ministry. “There is no danger for those who are still there, because the fire has started in abandoned barracks in the western part of the camp”, added the ministry in a statement.

Shortly before, the mayor of Samos Girgos Stantzos had told AFP that the camp had been completely evacuated of its occupants. Many migrants were gathered in a parking lot near the camp, where children were crying, an AFP team found.

→ READ. One year after the Moria camp fire, Greece is still toughening its migration policy

According to the ministry, all asylum seekers were transported to this empty land near the entrance to the camp and will be transferred on Monday to a new structure inaugurated on Saturday. Ten unaccompanied minors were driven Sunday evening to the new camp, according to the same source.

The closed nature of the new camp denounced

On the Aegean island of Samos, facing Turkey, the slum of Vathy housed nearly 7,000 asylum seekers at its peak between 2015 and 2016, for an initial capacity of 680 people. Some 300 still lived there this weekend in unsanitary conditions and agreed to be transferred to a new reception and reception center “Controlled and closed”, where they are due to report on Monday, according to the Greek Migration Ministry.

→ REPORT. In Greece, walls to lock up migrants

Barbed wire, X-ray scanners and magnetic doors: this camp, the first of a ” new generation “, was inaugurated on Saturday in Samos. Humanitarian organizations have denounced the closed nature of the new camp, where migrants will only be allowed to leave during the day with electronic badges and where a detention center is provided for those refused asylum.

A year ago, the Moria camp on the Greek island of Lesvos, also criticized for its unsanitary conditions, was reduced to ashes in two successive fires, leaving some 13,000 migrants homeless for several days.