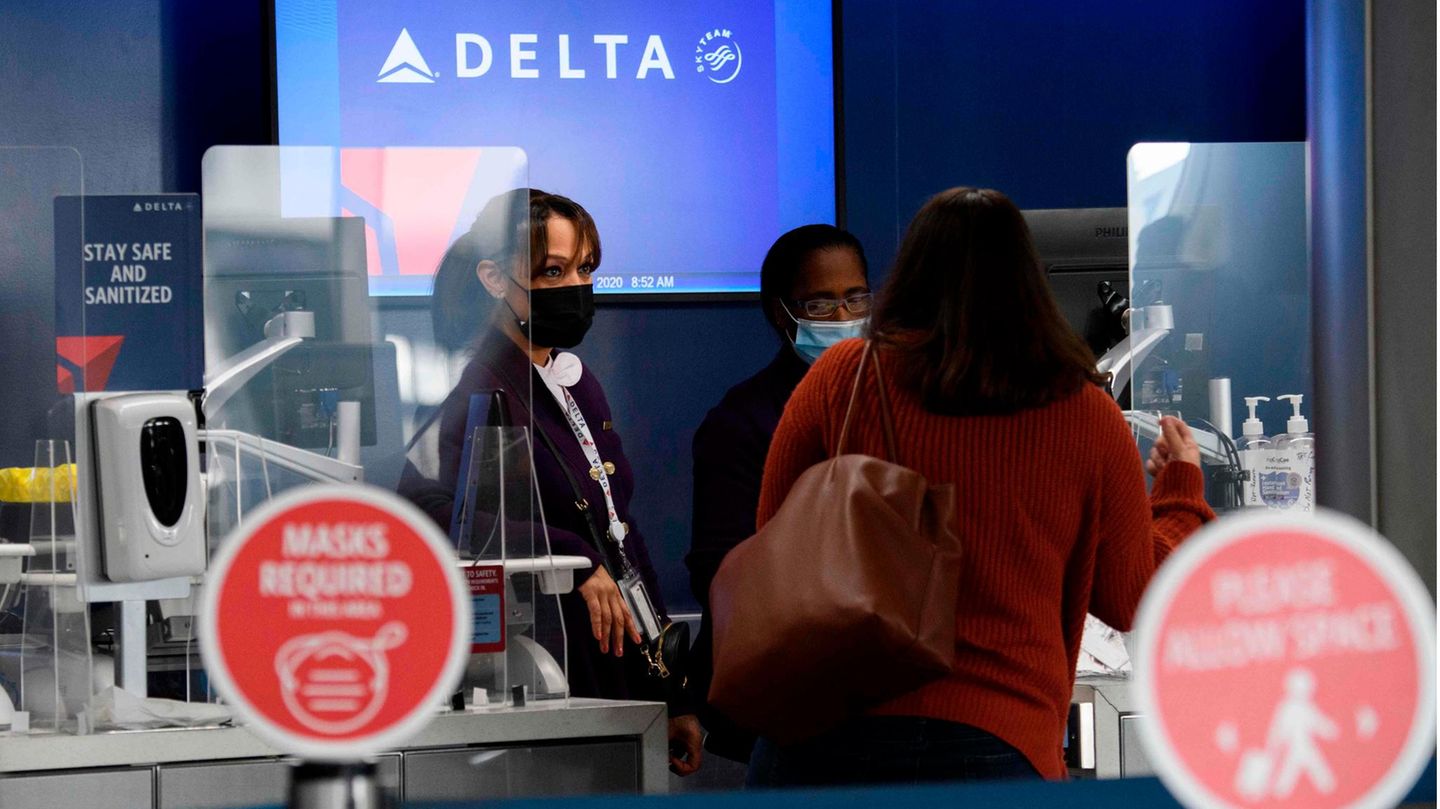 Italy wants to be the first European country to offer “corona-free” flight connections with the USA and thus spare passengers the quarantine. There are also facilities for flights from Germany to Singapore.

The airlines Alitalia and Delta will be offering flights between Atlanta and the Italian capital Rome in which passengers will be tested several times for the corona virus and will not have to go into quarantine after arrival. The new system for the transatlantic flights is to be tested from December 19, as the airline announced.

Passengers must therefore present a negative regular corona test that is no more than three days old before departure. A quick test is then carried out at Atlanta Airport before boarding and the same is done on arrival in Rome. When departing from Italy, another quick test is due, as Delta explained.

The airline initially did not provide any information on how often the new flight should be offered. The AFP agency reports that the regulation will apply to New York, Newark and Atlanta airports from December. Initially, it is an “experimental phase”. The aim is to expand the regulation in summer 2021.

However, the agreement between the airlines, the two airports and the governments concerned in the state of Georgia and Italy will initially have no effect on the US entry ban for people from Europe. This does not apply to US citizens, diplomats and people who have a permanent residence permit in the US.

Recently, however, there were media reports that the US government should consider abolishing the entry ban. In that case, transatlantic flights that require negative corona tests should play a major role.

60 years of Thai Airways: When elephants pull a jumbo jet

When traveling from Frankfurt to Singapore, invited business people can now avoid quarantine if they take a negative rapid test after landing, as Lufthansa announced. Germany and the city-state had made a corresponding agreement. The return flight is unproblematic as Singapore is not considered a risk area.

Lufthansa also started a test project with mandatory quick tests in air traffic in mid-November. The airline flies on the connection between Munich and Hamburg twice a day only with passengers who tested negative for the corona virus before departure.

– Using the example of Eurowings: What effects the travel warnings have on airlines

– Flight into bankruptcy: These are the biggest airline bankruptcies in recent years