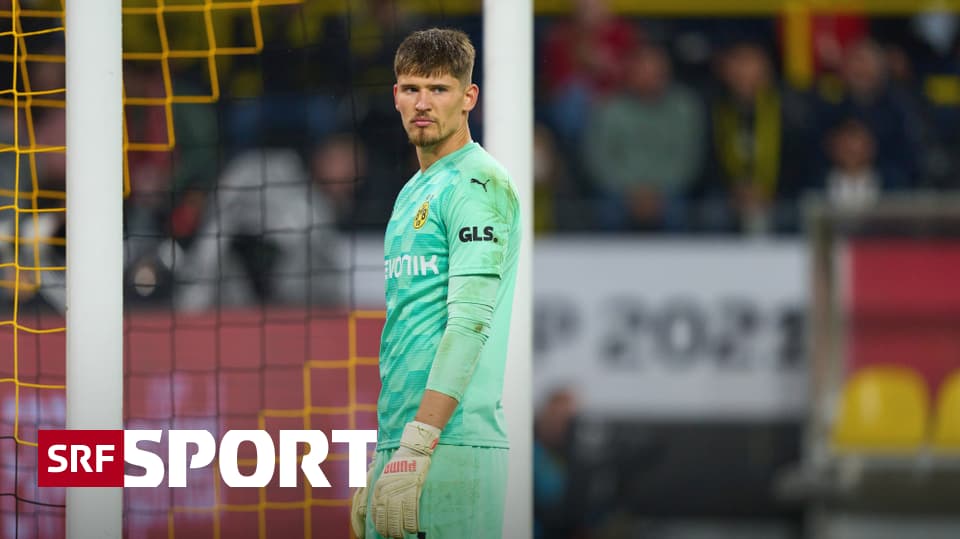 In the last two and a half years, Gregor Kobel has almost exclusively seen an upward trend. Another highlight is scheduled for Tuesday.

At the 2006 World Cup in Dortmund’s Signal Iduna Park, Gregor Kobel was a 9-year-old boy with the Swiss national team when they defeated Togo 2-0. The man from Zurich is now a member of the senior national team.

Under neo-coach Murat Yakin, Kobel made his debut in a friendly against Greece in early September. If the 23-year-old’s career continues so rapidly, Kobel will sooner or later follow in the footsteps of Yann Sommer as the Swiss number 1.

Kobel’s rise is the result of successful career planning, especially in the past two and a half years. Due to a lack of match practice, the Swiss moved in January 2019 within the Bundesliga from Hoffenheim to league rivals Augsburg. After the loan ended, he switched to the 2nd Bundesliga in Stuttgart the following summer.

A step backwards? Possibly, yes. But everything is well thought out and true to the motto: Sometimes you have to take one step back in order to move two forward. Kobel gained valuable experience in Stuttgart, advanced to become a key player and rose with the club in the 2019/20 season. After another season at VfB in the upper house, the big jump to Dortmund followed in the summer of 2021. The plan worked perfectly.

Home premiere in the Champions League

At Borussia, Kobel is very fond of Kobel, who is ahead of the other two Swiss Marwin Hitz and Roman Bürki in the goalie hierarchy. And the experts in Germany did not miss the 23-year-old’s strong performance. Ex-professional Stefan Effenberg recently said that Kobel would be the “next big number in the Bundesliga after Neuer”.

Kobel is unlikely to take off based on such statements. He invested too much to get that far. The next highlight for the goalkeeper is on Tuesday evening. Then Kobel should come to his first Champions League appearance in front of a home crowd. Dortmund are aiming for their second win in their second group game against Sporting Lisbon. Two weeks ago Kobel and BVB won 2-1 at Besiktas Istanbul.