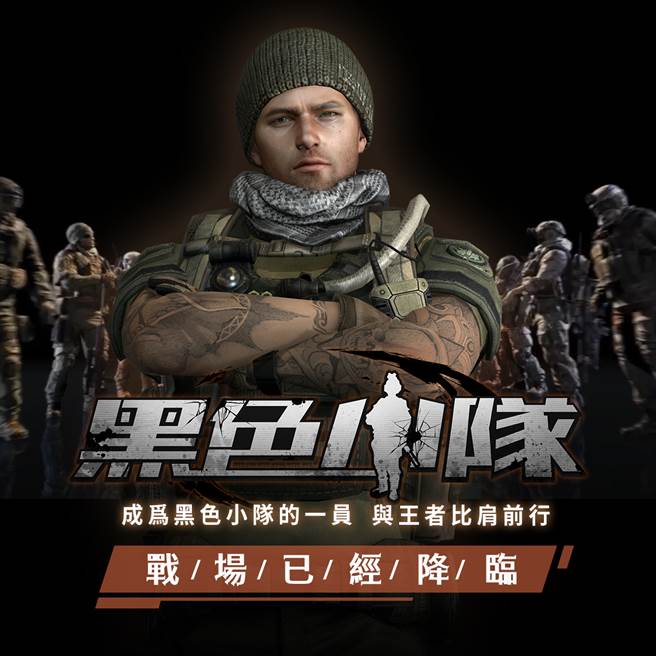 The first-person shooter online game “Black Squad” (formerly known as Black Squad), created by the new Unreal 3 engine of VALOFE, will start an advance reservation event on the VFUN platform today (17). The game will lead players deep into the battlefield from the first perspective. A more realistic and realistic combat experience, as well as a variety of competitive gameplay, waiting for the soldiers to come and challenge!

“Black Squad” is developed with the new Unreal 3 engine to create high-detailed game graphics and gorgeous visual effects, and provides a variety of war modes. On the battlefield, players in addition to focusing on shooting accuracy, each team member has its own Special abilities require teams to match each other to win. The background of the story is dominated by modern military warfare. In 2027, when the economic crisis and the soaring oil price, the government has lost its influence and replaced by large multinational corporations with resources to develop. The black team is a mercenary group serving large multinational corporations. They are elites selected in layers to perform various secret and dangerous missions.

The biggest feature of the game is that 32 people can team up and compete on the same stage. There are more than 60 diversified maps, as well as “Assassination Mode” and “Arms Race Mode” (weapon competition). Players can choose their favorite guns and equipment items. , With different soldier characters, enjoy the most realistic shooting feeling and recoil, and satisfy the players’ killing pleasure and sense of accomplishment.

“Black Squad” has been launched in Indonesia, Japan, Thailand, Brazil and other countries, and has accumulated more than 10 million downloads on the STEAM and Early Access publishing platforms. It has been well received by players. I believe players who like shooting games must Would love to put it down.

“Black Squad” will officially start running today. As long as the player successfully registers on the VFUN platform, they can get free permanent weapons such as “ARX-160 TAIWAN BLUE MAGPIE”, “Type 95 Chrome”, “WEAPON BOX” and other valuable items , And the number of reservations reaches the specified target, and there are rewards such as full-service props “M4 Custom GL Yellow Dragon”, permanent characters and character gift packs.