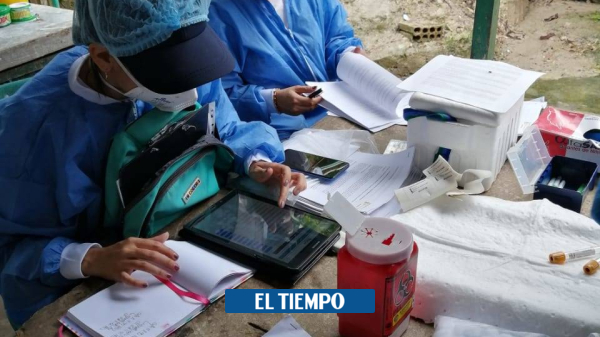 The National Institute of Health released this Thursday the preliminary results of the seroprevalence study in the country, which seeks to measure the proportion of people who have already had contact with the new coronavirus.

In practical terms, this research seeks to determine the percentage of the Colombian population that has been infected with the new coronavirus Sars-CoV-2 –including asymptomatic– from blood tests that detect antibodies. The research serves to understand, incidentally, the behavior of the infection in the country.

In that way in Leticia six out of 10 (59 percent) of its inhabitants showed that they had antibodies against the new coronavirus, which may indicate that they already had the infection.

In Barranquilla, more than half of the citizens analyzed (55 percent) were already affected with the virus

These studies are important because they are carried out in people taken randomly through specific sampling, without differentiating whether they had already had the infection or had not had any signs of it, explained Martha Ospina, director of the INS.

In Barranquilla, on the other hand, more than half of the citizens analyzed (55 percent) were already affected with the virus; and in Medellín almost a third (27 percent).

In Leticia the samples were collected between September 21 and 30, in Barranquilla between October 5 and 14, and in Medellín between October 20 and 27.
It is worth remembering that the applied test, although it is serological, has a sensitivity of 86 percent.

The investment of this research is 20,000 million pesos and the sampling that closes the data collection closes on December 20. (Learn about the details of the study here)

And he stated that these results are preliminary and to see them in their entirety will have to wait until next year, Once the field work in all the cities is finished and the qualitative information obtained from the surveys is analyzed.

The study, it is worth saying, was approved by the INS ethics and research committee, as well as by the ethics committees of several of the participating universities.

The infectologist Carlos Álvarez, national coordinator of covid-19 studies for the World Health Organization (WHO), stated that It is very important news because “these results indicate that we are getting closer to collective immunity., which on the one hand facilitates decision making as it is objective information, but on the other hand implies that you cannot lower your guard with the measures. In Barranquilla, for example, one out of every two inhabitants is still susceptible to becoming infected ”.

Álvarez added that these data could also explain why Barranquilla or Leticia have not seen second waves.

–Most of the Colombian population would receive covid vaccine in 2022

–What to keep in mind to return to theaters with biosecurity

The fed up with school nurses, who no longer have the means to support young people in difficulty