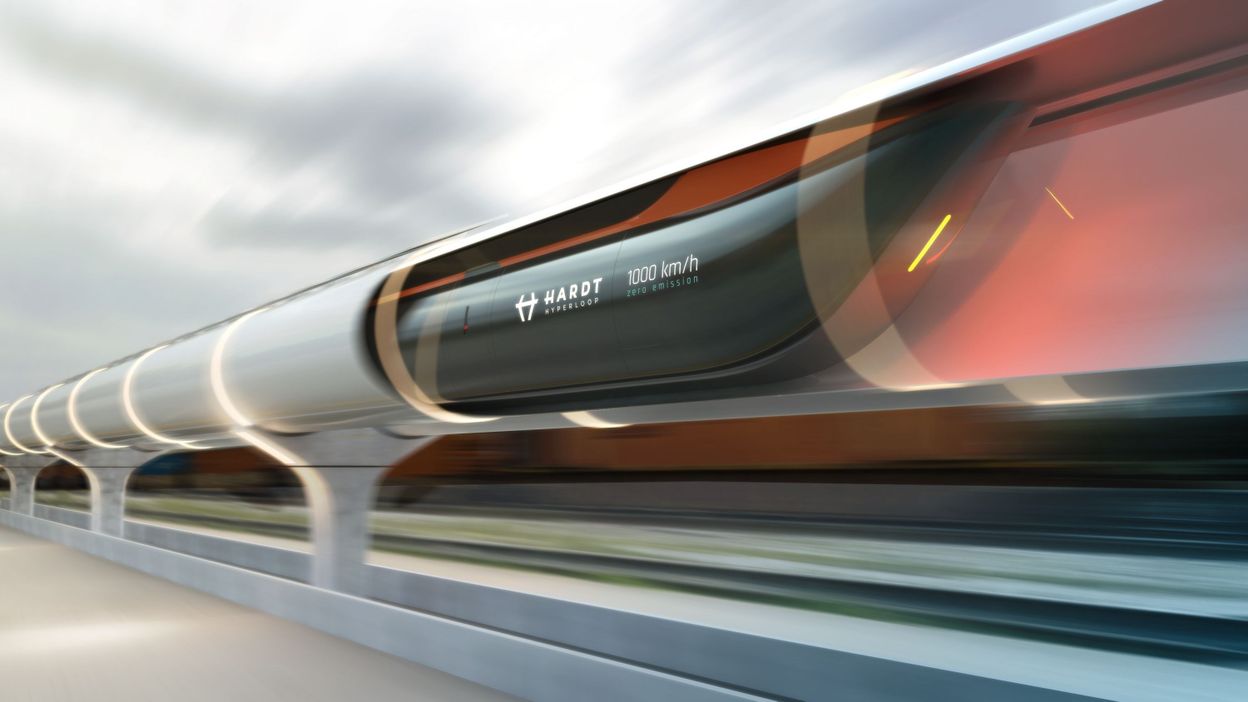 Brussels- Antwerp in 6 minutes and the world within capsule reach. These are the promises of the Hyperloop, this train of the future, theoretically capable of transporting passengers at 1000 km / h (or more likely 500km / h).

Its levitating capsules, propelled in an (almost) vacuum tube, make Flanders dream. Will we be able, thanks to them, to live in Brussels and work in Amsterdam? This is one of the questions raised in the study commissioned by the region, and made public this Thursday.

A Hyperloop tunnel could link Brussels to Antwerp. For researchers, this is where it would be most relevant. It can only be considered within a European framework, within a link between Amsterdam and Paris.

The Flemish section would be about 100km, and would therefore allow Brussels to Antwerp to join in 6 minutes. The trip from Paris to Amsterdam would take an hour. “It’s 75% faster than the TGV, and at least 20% faster than by plane”, Specifies the study.

Each year, 15 million passengers (or 2,400 per hour) or 5 million tonnes of goods could pass through this section.

A solution for noise pollution at Brussels Airport?

The vast majority of air traffic passengers could switch to the Hyperloop (i.e. 90% of traffic between Schiphol, Brussels Airport, and Paris Charles de Gaulle) because the train of the future would be more advantageous than short-haul flights (at the level of speed, price, impact on the environment, etc.). Ditto for 70% of Thalys passengers.

Read also : Aviation: towards the end of short-haul flights in favor of the train?

The researchers even see it as an opportunity for Brussels Airport: the airport could considerably reduce short-distance flights to Amsterdam or Paris, and thus reduce noise and environmental pollution; or take advantage of the capacity freed up for long-distance flights.

For the researchers, the Hyperloop could also relieve (at least temporarily) road traffic between Antwerp and Brussels. The positive impact would be significant. They evoke a transfer of 8% of passenger car traffic on the E19 motorway.

The environmental impact would be limited. The energy consumption of the Flemish transport sector would only decrease by 0.9 percent and its CO2 emissions by 0.8 percent.

Living in Amsterdam and working in Brussels

And concretely, then? Could we live in Amsterdam and work in Brussels, or vice versa? “Hyperloop could lead to a change in the perception of distances between home and work. Living in Amsterdam and working in Brussels would become perfectly possible”, We can read. But the researchers note that demand would then risk exceeding the capacity of the Hyperloop, especially at peak times. “It would then be necessary to think about how to prioritize certain passengers or certain goods.”.

When will the Hyperloop be ready to revolutionize our lifestyles? Some experts (French, or Belgians, in particular) are very skeptical about its real feasibility. According to the Flemish study, “the Large-scale commercialization of this technology will not take place for at least ten years, which means that there are still many uncertainties in terms of effectiveness and profitability.”

The Large-scale commercialization of this technology will not take place for at least ten years.

The authors also warn: the analysis of the Brussels – Antwerp section is only indicative, it does not constitute a recommendation to develop it. It is used above all to be able to assess in a concrete way the impacts of a section in Flanders.

It is true that there are still a lot of uncertainties. Beyond the development of the technology, other questions arise. How to concretely put in place the necessary infrastructure? Tubes across Flanders, and to Gare du Nord in Brussels?

According to the study, the trajectory must be as straight as possible, and, ideally, we should build dedicated stations. In a largely urbanized Flanders, expropriations would be inevitable. This would take time and would require the payment of compensation.

There would also be a need for an appropriate legal framework to define the rules for this new mode of transport. Particularly with regard to liability for autonomous driving. Several players in the sector have come together to work on it but no regulations exist yet.

Europe, however, sees Hyperloop as a sector of the future. In December 2020, the Commission has included it in its sustainable and smart mobility strategy. She sees it as a technology set to develop “in the near future”, just like drones or autonomous vehicles.

Several players are also active in Europe. Hyperloop is not only developing in the United States where, it is true, the two major players that are Hyperloop Transportation Technologies and Virgin Hyperloop (which boasts of having carried out the first test with a passenger, over 500 meters at 15 seconds, reaching – only? – 172 km / h). The study mentions in particular Dutch Hardt Hyperloop. Canadian Transpod wants create a test track in Limousin, France, while Hyperloop Transportation technology has set up a research center in Toulouse.

Flanders, the report specifies, must join the race, ensure that it is considered as a strategic element of a potential European network. France and the Netherlands having a head start on infrastructure, it should focus on the development of components of the Hyperloop. It remains to materialize all this, it is apparently the intention of the minister in charge.