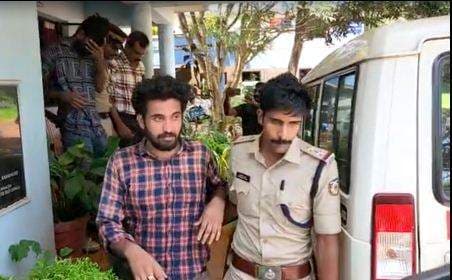 Kasaragod: Arshad, the accused in the case of killing a young man in a flat in Kochi, will be produced in Kasaragod court today. Arshad and his friend Ashwant are being produced in the court in a drug case. When Arshad was arrested yesterday, highly intoxicating drug MDMA, hashish oil and one kg of ganja were seized from Arshad’s possession. Then the Kasaragod police registered a case.

After being produced in this case, Arshad will be brought to Kochi with the permission of the court. In the case of killing a young man in a flat near Kochi Infopark, Arshad needs to be brought to Kochi for evidence collection. A police team from Kochi has reached Kasaragod to bring Arshad.

Kochi Police informed that it will be clear whether more people are involved in the murder only after the collection of evidence and interrogation. The statement given by the accused to the police is that the reason for the murder was a drunken dispute. The police is also conducting a detailed investigation into whether there was drug dealing in the flat. The police say that the transactions in the flat where the murder took place are mysterious. The police are also investigating drug gangs.

On Tuesday, the body of Sajeev, a native of Malappuram, was found murdered in a flat near Kakkanad Info Park. Police arrested Arshad, the accused in the case, from Manjeswaram yesterday. He reached the railway station with his friend on a two-wheeler to leave the state. Arshad was caught trying to get out of the vehicle after seeing the police.

Acquaintance through Instagram; Plus Two student was lured home and tortured; A 19-year-old man was arrested

How to properly fill a hole in the bone in summer?