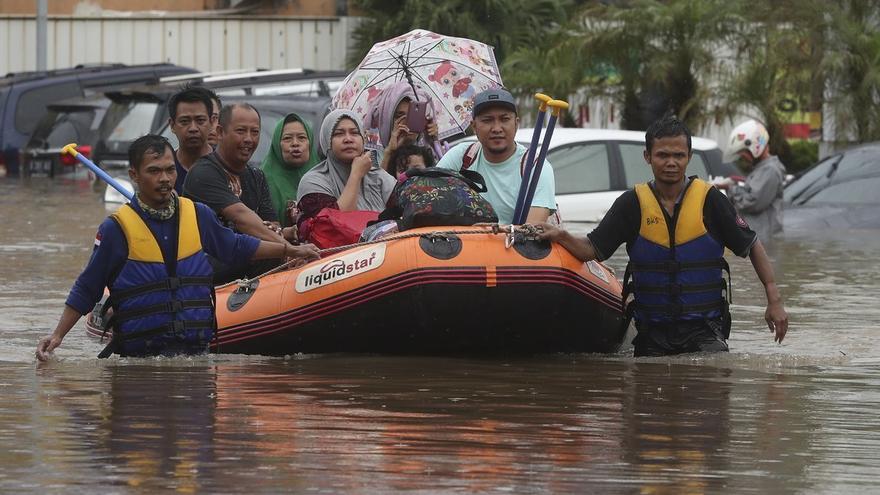 At least 155 people have died in floods and floods caused by the heavy rainstorm that has hit eastern Indonesia and the small nation of East Timor since the weekend, while 72 people are missing.

In Indonesia 128 people have died in the regencies of Flores Este, Alor, Lembata and Ende and Bima, while 72 remain missing, according to the data update made this Tuesday by the National Rescue Agency. The emergency teams try to access regions that still remain isolated, in addition to providing assistance to thousands of affected already about 8,000 evacuees. Indonesian rescuers have difficult access to some of the affected areas, which can only be reached by sea, a difficult alternative due to the strong winds and waves that hit the area.

Thousands of buildings and homes have been damaged by the storm, linked to tropical cyclone Seroja, according to the aforementioned Indonesian entity

For its part, the public television of East Timor reported on the eve of at least 27 deaths due to the storm that hit that country of 1.3 million inhabitants, in whose capital, Dili, partially flooded, there have been 13 fatalities, six of them children. East Timor President Francisco Guterres “Lú-Olo” called the floods a “great calamity” and said authorities are still working to establish the true extent of the damage and the number of victims.

The Indonesian meteorological agency has warned of heavy rains for next week in various areas of the archipelago, where the rainy season generally takes place between November and March.

See Also:  - Brazil is investigating assaults in the hospitals after the call, Bolsonaro NOW

Indonesia has suffered 1,030 natural disasters so far in 2021, including earthquakes, floods, landslides, fires and tornadoes, which, not counting the victims of the last floods, caused 282 deaths.