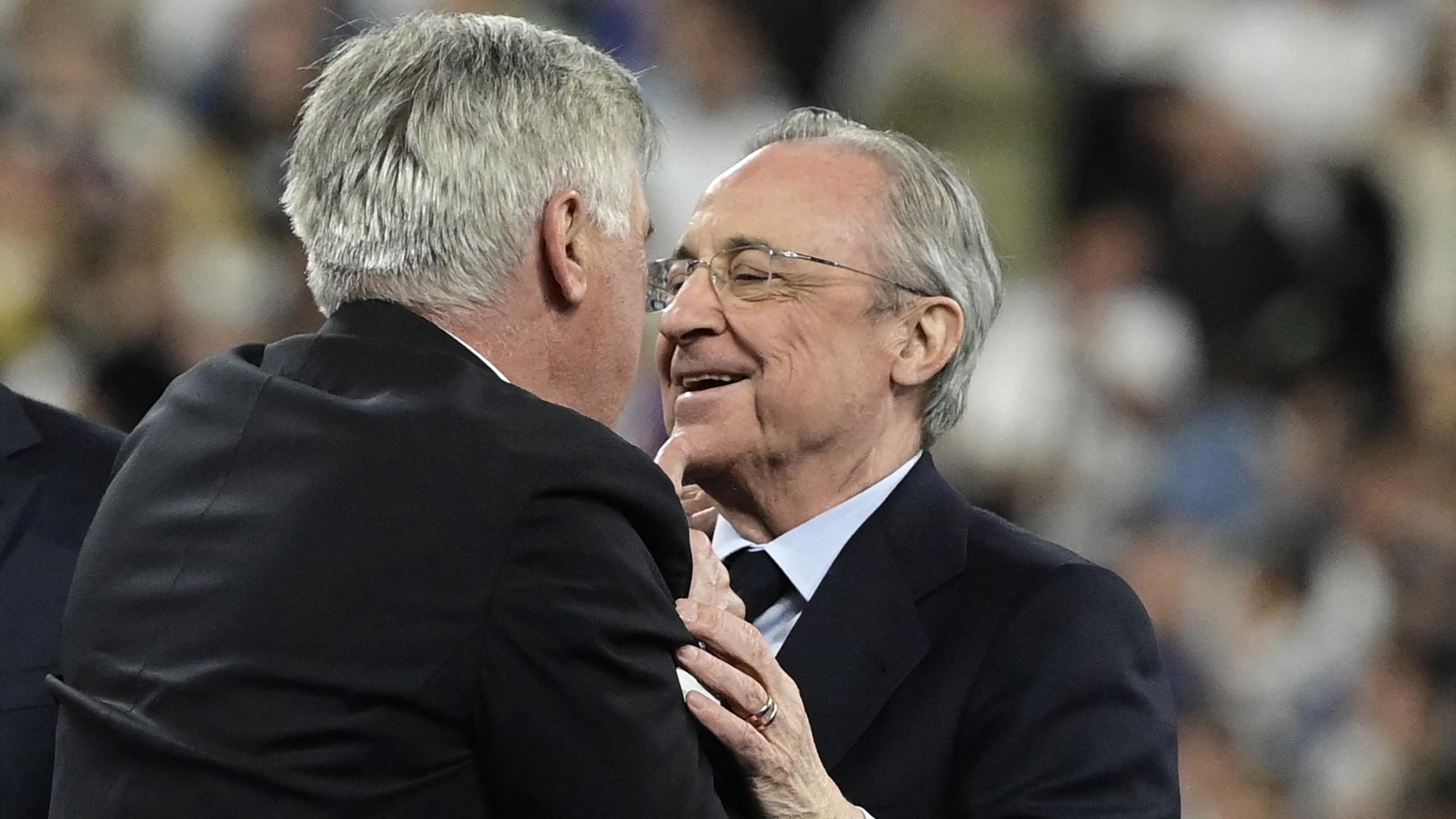 A Saturday like this is a Saturday to forget everything. To leave aside the hassles, the little ones as well as the big ones. A week ago, Real Madrid took a jacket like they are not used to taking. Especially under the presidency of Florentino Perez. Last Saturday, the future was denied to the club of the Spanish capital: Kylian Mbappé announced against all odds that he was staying at Paris Saint-Germain and extending his contract for three more years. After announcing loud and clear his desire to join the White House, the French international gave it up and plunged Real Madrid into disarray.

The hangover will not have extended too much since Vinicius went to offer a fourteenth Champions League at Real Madrid, Saturday at Saint-Denis. The Brazilian bent Liverpool shortly before the hour mark (1-0). A few miles from the Parc des Princes. Perez, happy president and crowned six times in C1, obviously savored his indirect revenge on Saturday. And he did not evade the subject, quite the contrary.

Regrets for Liverpool? “Yes, but he lacked madness”

Courtois best goalkeeper in the world: “Now he deserves respect”

Much to his joy, the president of the Madrid institution did not go there four ways. “Mbappé? It’s already forgotten, nothing happened, he launched on Movistar. Real have had a perfect season and it’s a subject that has been forgotten. Today, Mbappé does not exist. What exists is the celebration of Real.”

Perez, whose enmity with Nasser Al-Khelaïfi is no secret, took the opportunity to settle accounts with Paris Saint-Germain as well. Two birds with one stone. “Beating state-backed clubs? They have the biggest budgets and that’s why they have the best players. In Madrid, we don’t hand out money. We hand out morals and values”. It was really a Saturday to forget everything and boast.

Courtois best goalkeeper in the world: “Now he deserves respect”

“Walking Along the Waterfront” by Jean Gabin

Texas shooting | “He should have killed me”: the words of Salvador Ramos’ father | Texas School shooting | United States | USA | World