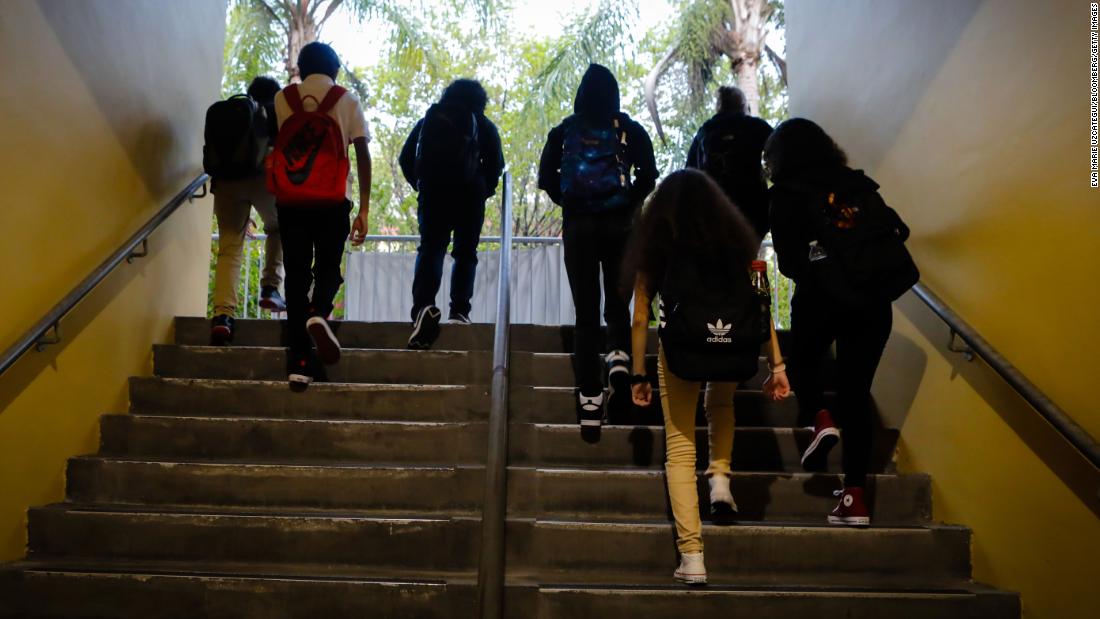 Florida schools may not require the use of masks 3:06

(CNN) — Florida’s teacher shortage has worsened since the school year began, with more than 5,000 seats vacant, according to updated data from the Florida Education Association (FEA).

There are also more than 4,000 openings for other school staff positions, according to FEA President Andrew Spar.

The union shared its initial numbers in August, but noting that the numbers were so high, it re-counted the vacancies in October, only to find that they had risen. Spar took to TikTok on Sunday to publicize the staffing situation, saying the state had about 5,100 unfilled teacher positions.

“These numbers and trends are a warning sign for our public schools, and state officials need to start listening,” Spar said. “Educators have made it clear why they are leaving our schools, and young people will easily share why they do not want to pursue a career in education.”

The FEA said the stress and uncertainty of the covid-19 pandemic has fueled shortages in the state, but it is also connected to low wages.

The data underscores the challenges facing the education system in Florida, where school boards have disagreed with Governor Ron DeSantis on mask-wearing mandates, and the federal government. has challenged the state for those measures.

The US Department of Education recently reimbursed a group of Florida school board members whose salaries had been withheld for implementing the mask mandates in defiance of the governor’s decree that parents, not school officials, decide how to protect their children in the pandemic.

And last month, the department’s civil rights enforcement branch said it will investigate whether the Florida Department of Education “can prevent school districts in the state from considering or meeting the needs of students with disabilities” with the prohibition mandate. of mask use.

The number of teacher vacancies as of August 2021 had an increase of more than 67% compared to August 2020, according to the full results of the FEA survey.

“We have been two months into the school year, and by now those numbers tend to drop significantly. However, this year is different,” Spar said in his TikTok video.

The vacancies come at a time when the pandemic adds stress and exacerbates pre-existing problems for Florida teachers, said Gretchen Robinson, a reading professor at University High School in Orlando.

Many students fell behind last year during distance learning, “and we are doing a double effort to try to get them up to speed,” he said Tuesday on CNN’s “New Day.”

“And unfortunately, we are faced with very large classes, which makes it even more difficult,” said Robinson.

It also notes “uncertainty about how the health of students, faculty and staff will be protected in the future.” He noted that his district, Orange County Public Schools, is one of the districts with a mandate to use masks in defiance of the governor’s decree.

And he said that salary is a “big problem.” The median salary for teachers in Florida is ranked 49th in the nation, according to the FEA and more than $ 10,000 below the national average of $ 65,090 for the 2020-21 school year, according to the National Education Association. .

“I would love to earn what my colleagues in the states with a real teaching budget – who are veteran teachers like me – are earning,” Robinson said. “It would be great, considering the crazy hours I’ve had during this situation. [de pandemia]”.

The FEA also found “alarming” vacancies in support staff categories, including the 75% of all districts that advertise vacancies for bus drivers and hundreds of vacancies for janitors, office managers, and food service workers.

To illustrate the severity of the problem, Spar scrolled through the job listings of various districts during his video. There are 278 openings in Duval County, Northeast Florida, and vacant positions in Broward County, South Florida, for 89 elementary, 41 middle and 25 high school teachers.

The next survey will be conducted in January, after classes resume after winter break.

Last week, the U.S. Department of Education sent a letter to Florida Education Commissioner Richard Corcoran, asking about the status of the state’s plan to use covid-19 relief funds for schools and stressing that more than $ 2.3 billion in remaining funds from the American Rescue Plan need to be unlocked.

The failure of the Florida Department of Education “is delaying the release of essential ARP ESSER resources needed by school districts and schools to serve the needs of the students most affected by the pandemic,” Rosenblum noted in the letter.