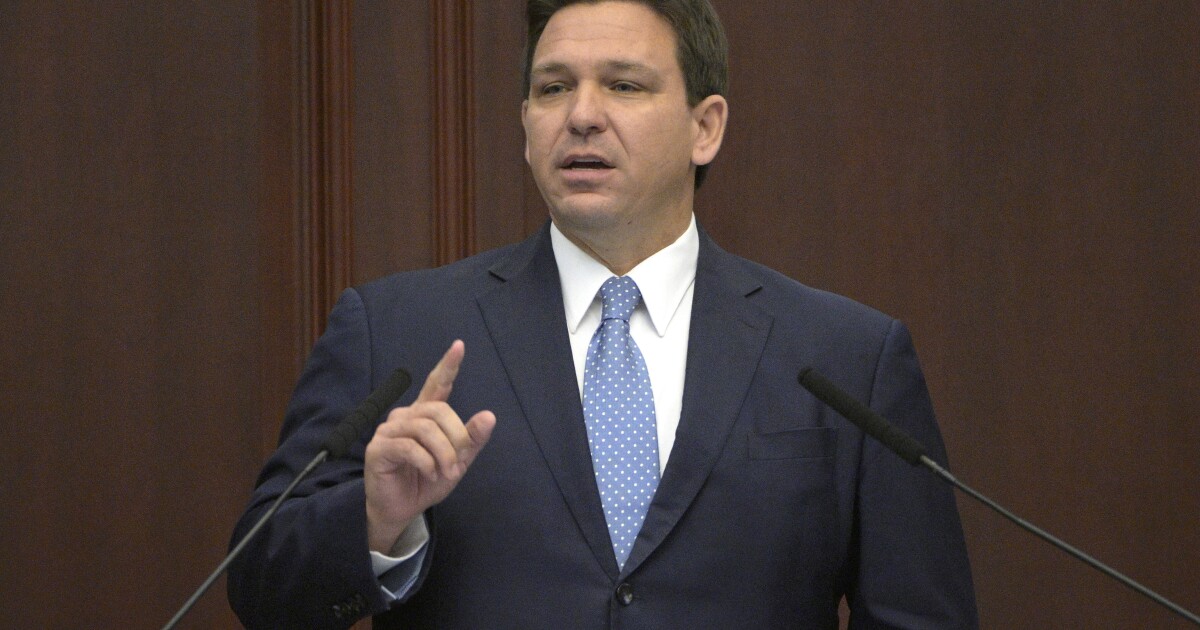 Florida Gov. Ron DeSantis warned Tuesday that he will fight a decision by federal health officials to block two coronavirus antibody treatments after the drugs were found to be ineffective against the highly prevalent omicron variant. extended.

The Republican governor’s comments came shortly after the US Food and Drug Administration (FDA) revoked the emergency authorization it had given to drugs from Regeneron and Eli Lilly.

Those drugs, which were purchased by the federal government and given to millions of citizens, have become the mainstay of DeSantis’ anti-virus policy, who at the same time has opposed vaccine mandates and other health safety measures.

The governor did not elaborate on how he intends to combat the plans of the FDA, which has sole authority over drug regulation nationwide.

The FDA’s announcement was somewhat expected, as both pharmaceutical companies had warned that their treatments were not very effective against omicron due to its ability to mutate.

DeSantis has become a rising star within the Republican Party based on his constant criticism of President Joe Biden and the administration’s policies to combat the pandemic.

The governor, who is running for re-election and is considered a possible 2024 presidential hopeful, has been heavily promoting monoclonal antibody treatments at so-called infusion centers and during his conferences with the media.

During a press conference on Tuesday, DeSantis mentioned anecdotal cases in which some people benefited from such treatments and called the decision to block them until more studies are done “irresponsible.”

“People have a right to have these treatments and revoking them based on this is fundamentally wrong and we’re going to fight it,” DeSantis said.

Hours after the FDA’s announcement on Monday, the Florida Department of Health announced that it will close all of its monoclonal antibody treatment centers until further notice.

DeSantis, in a statement Monday night, warned of the repercussions of “Biden’s medical authoritarianism.”

Grego Rosello’s tweet after his ex, Stephanie Demner, confirmed her pregnancy: “I’m doing a fernet on a Tuesday”