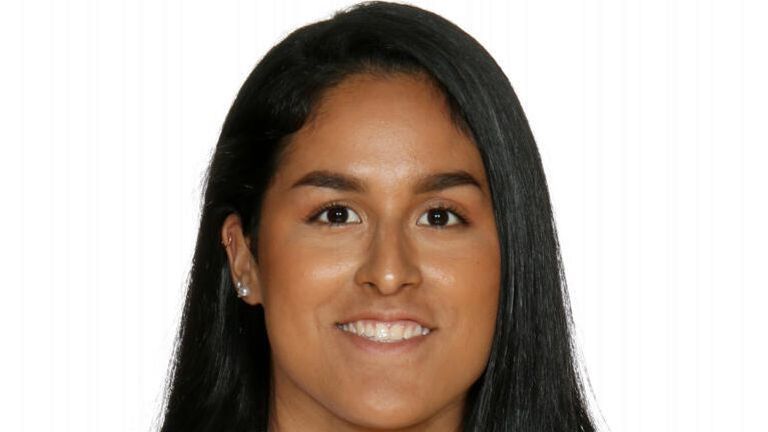 The time has come to close the great celebration of Women’s Month 2022, and we do it with a flourish. In this new edition of ‘Women in control’we present to you the talented Florida State Seminoles freshman forward, Mariana Valenzuela, originally from Mazatlán, Sinaloa.

OPPORTUNITIES: FROM MAZATLAN… TO MEXICO CITY… TO TALLAHASSEE

2019 was a key year for Valenzuela on the pitch. She stood out with the Mexican U-17 team, helping them win gold at the Centrobasket Femenil U-17 Championship by averaging 14.4 points and 11.4 rebounds. She says that based on that victory, she received a full scholarship offer to be with the Montverde Academy in Florida.

In fact, Valenzuela had already left Mazatlán, with the support of his parents, at the age of 14 to go live and train at CONADE’s National Center for High Performance (CNAR) in Mexico City. There was also concentrated NBA Academy Latin America; they watched her play and she got the opportunity at age 15 to go to All-Star week. She acknowledges and appreciates her parents’ sacrifice and support throughout her journey thus far.

She spent two years at the Montverde Academy, although it was her turn during the COVID-19 pandemic. Therefore, schools only saw her play three months before she had to self-quarantine. The Florida State University program took a chance on her, praising her versatility.

Valenzuela feels that the transition to the NCAA was not as difficult as it could have been thanks to the fact that he had finished high school in the United States. She may not have been the FSU Player of the Game as she was six times playing for Montverde in the 2020-2021 season. However, she had a more than respectable debut year in Division I. The Mexican scored 7 points three times for Florida State, including against No. 22 in the nation, Georgia Tech. She also had stellar performances on the boards, recovering 7 rebounds in his debut vs. UNF, 6 rebounds against Syracuse and she led her team with 9 rebounds in the game against Milwaukee. Without a doubt, Valenzuela contributed to her team reaching the First Four of the NCAA Tournament this year, despite the fact that the team could not go any further. I reiterate: Mariana Valenzuela must keep her head held high after her “freshman year”.

In an exclusive chat with ESPN Digitaldescribes his first year at FSU, in the excellent ACC conference, with a positive balance, “It was not an easy year, I am not going to lie. But it is a year that has helped me to realize many things and with the desire to continue working. It was a year in which I learned a lot”.

The Mexican says that there are many requirements, including having good grades, to remain eligible as a student-athlete according to NCAA rules. “You have to work hard at school… We’re traveling everywhere, tournaments, games. When it’s tournaments, we miss more days, or games. So, it’s good to continue with your classes.” Someone always travels with the academic department team supporting them so that they do and deliver the tasks on time.

ADJUSTMENTS COME IN FSU, WITHOUT SEMRAU

Last week, the winningest female coach with the Florida State basketball program, Sue Semrau, announced his retirement after 24 seasons at the helm. Valenzuela only enjoyed one campaign under Semrau.

Last week Semrau announced his retirement after 24 seasons at the helm at Florida State; associate coach Brooke Wyckoff will be considered.

“I didn’t expect it,” confesses Valenzuela, who adds, “I obviously came here largely because of the coaching staff and, well, telling us that he is retiring was something that impressed us. But I know we are in good hands.” With the latter, the Sinaloa refers to the team’s associate coach, Brooke Wyckoff, who is expected to be the main candidate to replace Semrau.

Personally, what Valenzuela would like to polish this offseason is his attacking game with the dribble (“off the dribble”).

OBJECTIVE: TO BE THE FIRST MEXICAN IN THE WNBA

There are several outstanding FSU alumnae who have gone from the ‘Noles to playing basketball in the WNBA. The most notable of them — and who played under Sue Semrau from 2010 to 2014 — is Natasha Howard, a three-time league champion (2017 with the Minnesota Lynx, 2018 and 2020 with the Seattle Storm), WNBA Player of the Year. in 2019 and a current player for the New York Liberty.

The Sinaloa says that it is her dream now, but not as a child because “living in Mexico, basketball is not that common.”

However, to date no player born in Mexico has been selected to play in the WNBA.

Will Mariana Valenzuela make history as the first Mexican-born player to reach the WNBA? The Sinaloa says that she dreams of following in the footsteps of Natasha Howard, but it was not her dream since she was a child because “living in Mexico, basketball is not that common.” But about three years ago when she moved from Mazatlan to Mexico City, she began to learn more about the system and about NCAA Division I.

Valenzuela reckons that even before that he was already thinking about the American league. “When I was with some, what?, 12, 13, 14 years old and that’s when the dream began, like oh, I would like to play there”. Valenzuela believes it’s possible, “And obviously it’s a dream that I know I can achieve, but it’s just a lot of work. This first year (at FSU) hasn’t been easy at all, but it’s not like I’ve given up or anything and It’s a lot of work and I know that with work I can achieve it”.

DO YOU CALL FOR THE NATIONAL TEAM WHILE AT FSU?

Valenzuela says it wouldn’t be a problem if she was called up to the women’s national basketball team while at Florida State, “I talked to my coaches and told them like if I had a commitment to my national team, could I go? And they told me yes, I just have to let you know the dates and that. Like, for example, this summer there is, I think, a COCABA in which we are going to participate. So, well, I am looking to be able to go to the major pre-selection and then see if I go to the tournament.”

Beyond playing for her university, Mariana Valenzuela expressed a desire to continue representing Mexico on the court as she did when she led the team to U-17 glory just three years ago. She still has a long way to go…

Banco de la República increases its interest rates to 5%, what does this imply?