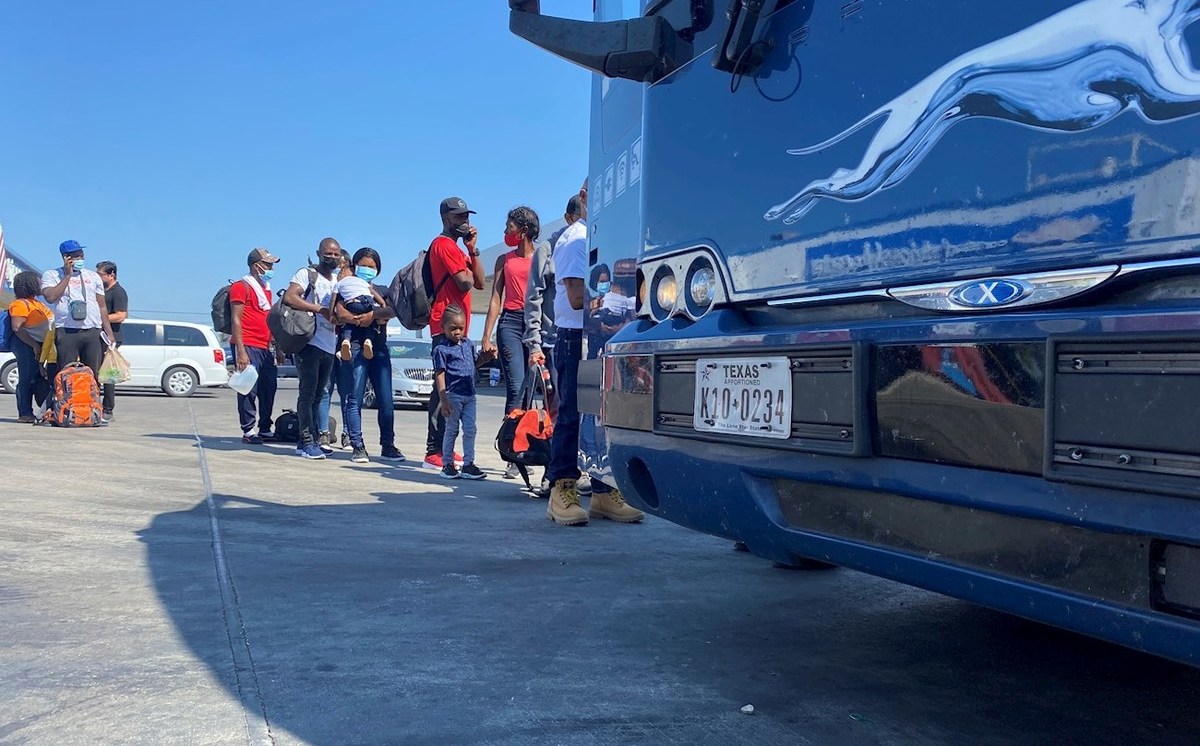 The Florida state government today filed a lawsuit against the administration of the president of the United States, Joe Biden, by the immigration policy known as catch and release (catch and release), which allows the undocumented persons who were detained after crossing the border to be released.

“The illegal border policies of the Biden administration they cause damage “to the” quasi-sovereign interests “of this state by forcing it to” incur expenses of millions of dollars, “underlines the lawsuit, filed by the state attorney, Ashley Moody, in federal court in Pensacola, north Florida.

“We want them to be predecessor policies reinstated“of the government of Donald Trump (2017-2021) on immigration, said today the governor of Florida, Republican Ron DeSantis, in a press conference in which he criticized what he considers” destructive immigration policies “and” open borders ” .

The governor said that since Democrat Biden took office in the White House last January, the Border Patrol “has released nearly a quarter of a million illegal migrants” into the country.

“It is absolutely a crisis“said DeSantis, who took advantage of the press conference to announce the appointment of former federal prosecutor Larry Keefe as the new state” czar “of Public Safety.

DeSantis said that the crisis has been created after the elimination of immigration policies such as ‘Stay in Mexico’ established in 2019 by the Republican Trump, his political godfather, currently the subject of a legal battle, and for which some 70,000 migrants were forced to wait at the border for the development of their asylum applications.

The governor said today that many of those asylum seekers “they don’t even qualify“for this, and rather the numbers” speak for themselves “.

The new measures to be applied

The Customs and Border Protection Office (CBP) revealed this month that last August more than 208,000 illegal immigrants were apprehended at the United States border, 2 percent less than the more than 212,000 in July, when it reached the highest peak in the last 20 years.

The governor pointed out that in July more than 60,000 illegal aliens were detained and later released by the Border Patrol, a “gigantic increase” compared to the 1,324 in this category that were released in January.

He added that in the last full month of the Trump Administration, only 17 people who fell into that category were released.

The lawsuit is against the Department of Homeland Security (DHS) and subordinate agencies such as the Immigration and Customs Enforcement Service (ICE), as well as the Secretary of Homeland Security, Alejandro Mayorkas, whom DeSantis, as recalled today , asked him last month to reinstate Trump’s immigration policies.

Prosecutor Moody stated that Florida spends about $ 100 million each year for “imprisoning the undocumented”, in addition to other added amounts that are related to social services.

“The drug cartels are having a picnic, they are seeing their profits rise,” Moody exclaimed.

At the conference, DeSantis announced the signing of an executive order which, among other things, prohibits all Florida agencies under the governor’s purview from “facilitating illegal migration” to this state, in addition to asking them to collect information. “On the scope and costs of illegal immigration”.

He specified that Keefe will be in charge of supervising the scope of the order, as well as everything related to immigration in this state.