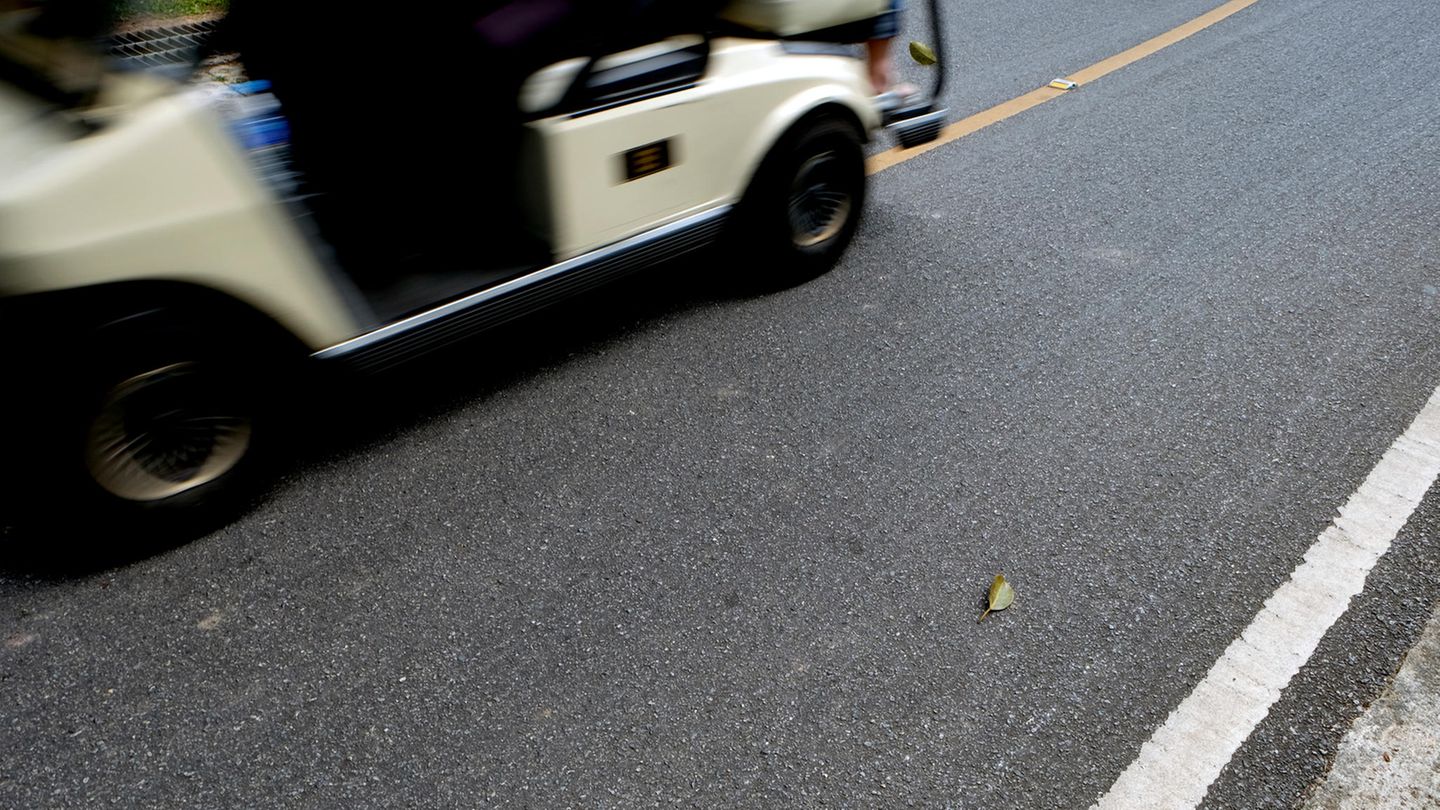 Florida, USA
She carried the whiskey bottle with her: Woman drives a golf cart drunk on the highway

That could have gone wrong: In Florida, a woman drove a golf cart drunk on the busiest freeway. A truck driver discovered the 58-year-old and directed her onto the hard shoulder.

In the United States, a woman drove a golf cart along Florida’s busiest Interstate 95. The woman is said to have been drunk and carried a half-empty bottle of Jack Daniel’s Tennessee Fire Whiskey in a bag.

Several drivers noticed the 58-year-old as she drove in the middle lane of the highway and alerted the police, as reported by several US media and the Associated Press news agency. Fortunately, a truck driver reacted quickly when she saw that the woman behind the wheel was losing consciousness. She carefully steered the golf cart onto the hard shoulder, parked her truck, ran over to the woman and removed the key from the vehicle when she wanted to drive on.

Crossing the highway in a golf cart: woman thought it was legal

When officers arrived at the scene, the woman, who is said to have smelled of alcohol, reportedly started arguing with them. She reportedly saw on the news that it was legal to drive a golf cart on the freeway. Instead of her ID, she is said to have handed them her credit card. Video footage taken from one of the patrol cars shows the woman loudly resisting being arrested and not wanting to get out of the car.

Lost Places in the USA: moments of eternity at the side of the highway

A typical combination of diner and gas station at the side of the highway, which Heribert Niehues photographed in California’s Mojave Desert for the illustrated book “Poetry of Transience”.

The officers took her to a nearby prison. She now faces charges of drunk driving and resisting law enforcement officials.

Interstate 95, which stretches along the east coast, is Florida’s busiest highway, according to the Federal Highway Administration.

See the video: Moment of horror for the inexperienced pilot Vincent Fraser: During the flight in the US state of North Carolina, the engine of his small plane fails and forces him to make an emergency landing in the middle of the highway. His GoPro camera films the anxious seconds.

Eyes from the sky: The dog was hit by a private car at the Hongshui Bridge, and there was no parking.