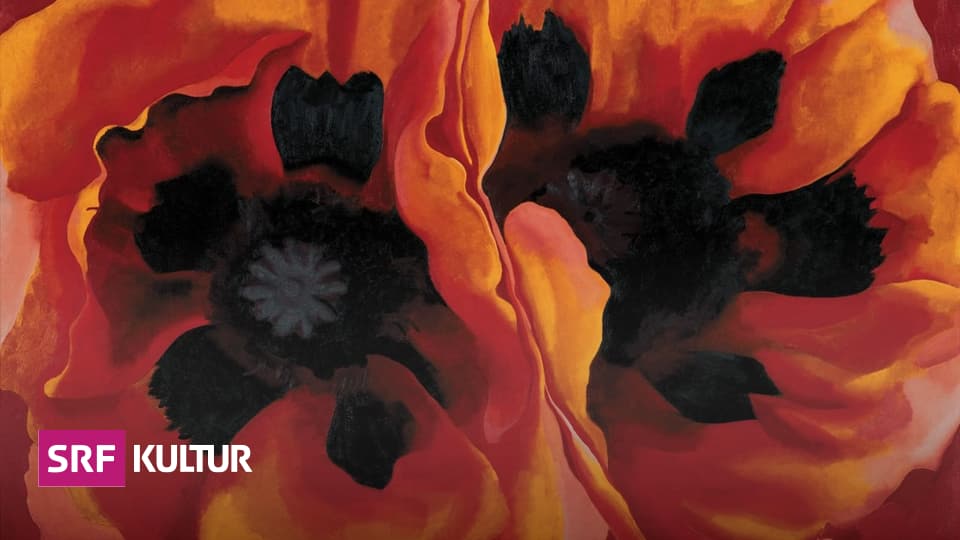 For Georgia O’Keeffe, art was a means to get to the essence of things – and the power of their beauty. The great American artist is now celebrating an exhibition at the Fondation Beyeler in an extensive exhibition.

She paints flowers enormously enlarged so that she can let other people see what she sees. That’s a quip from Georgia O’Keeffe.

The American artist discovered that most people love flowers, but rarely actually look at them. She wanted to help people see the true, deeper beauty of flowers. And not just the flowers.

Flowers in the supporting role

Georgia O’Keeffe (1887–1986) created an extensive oeuvre, in which many other motifs can be found in addition to flowers. In the current exhibition at the Fondation Beyeler, the famous flowers only play a supporting role.

The exhibition follows the life of the artist, who grew up with six siblings on a dairy farm in the American Midwest. But she was lucky: her talent was recognized and encouraged early on. She studied art and found contact with the art scene in New York. She married the influential photographer and gallery owner Alfred Stieglitz.

Georgia O’Keeffe didn’t just have a lot of support. She also had great talent. Her early works already show that she is highly talented and has a special view of the beauty of nature and things.

In the watercolor “Train at Night in the Desert” from 1916, she reduces a train that drives through the desert at night to a round light, a little shadow and a huge, sculptural cloud of smoke.

Or the watercolor «Untitled (Tent Door at Night)», also from 1916. It shows a view of the night sky from a tent. “An unusual picture,” says curator Theodora Vischer. It indicates that Georgia O’Keeffe was always on foot in nature. She walked nature.

And Georgia O’Keeffe took a close look. Not on details. She found the details confusing. She was on the trail of the essence of things.

In this search for the heart of things, Georgia O’Keeffe liked to use unusual perspectives. She went very close – like in the famous flower pictures. She gazed at the desert sky over bleached animal bones—like in the New Mexico oil paintings.

Or she looked up at the skyscrapers of New York from far below. And painted the city in a way that is reminiscent of landscapes, says Theodora Vischer: “The play with the light and the clouds, that’s like visions.”

From time to time Georgia O’Keeffe touched on abstraction with her painting. It comes together quite naturally in her work: the figurative, which always has a slight tendency towards the non-representational. And the abstract, which always seems a bit organic. No matter what Georgia O’Keeffe painted – it was always exhilarating beauty.

strong disruption of SNCF traffic in the South-West on Monday