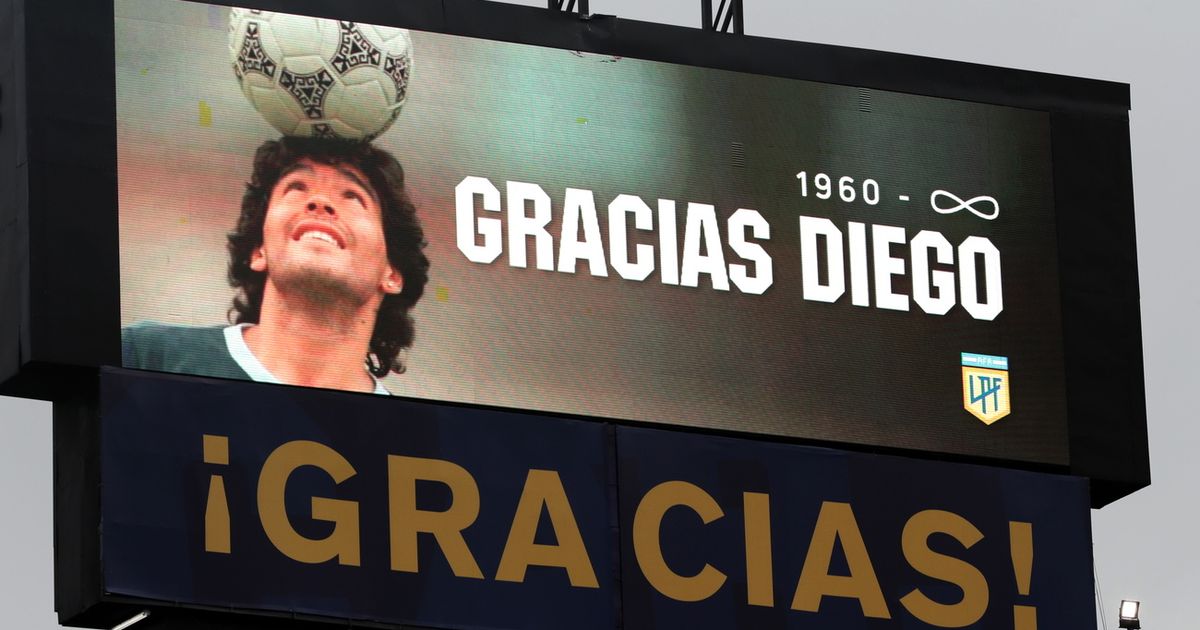 The Boca Juniors club, with which Diego Maradona identified the most, paid tribute to the icon when the team returned to its famous stadium of Bombonera, in the presence of his eldest daughter Dalma, in the championship of Argentina.

Maradona, who died Wednesday at the age of 60 from cardiac arrest, had evolved in 1981-1982 then between 1995 and 1997 under the colors of Boca, a club in a popular district of the Argentinian capital. He had also played a handful of matches in 1993-1994 for his opponent of the day, Newell’s Old Boys, a formation of Rosario.

Boca won 2-0 on Sunday against Newell’s Old Boys, with two goals from Colombian Edwin Cardona (12th, 20th). He celebrated the first by taking with his teammates a jersey of the Argentina team flocked with the number 10, and by going to applaud under the box which belongs to the Maradona family.

There stood Dalma Maradona, the eldest daughter of the 1986 world champion. She could not hold back her tears in this box where she often accompanied her father to see matches of their favorite club.

Without an audience due to the coronavirus pandemic, the stands at the Bombonera were dotted with flags and banners dedicated to the idol, including a huge canvas that Maradona himself had given to Boca fans almost 30 years ago. , with a huge heart in the center.