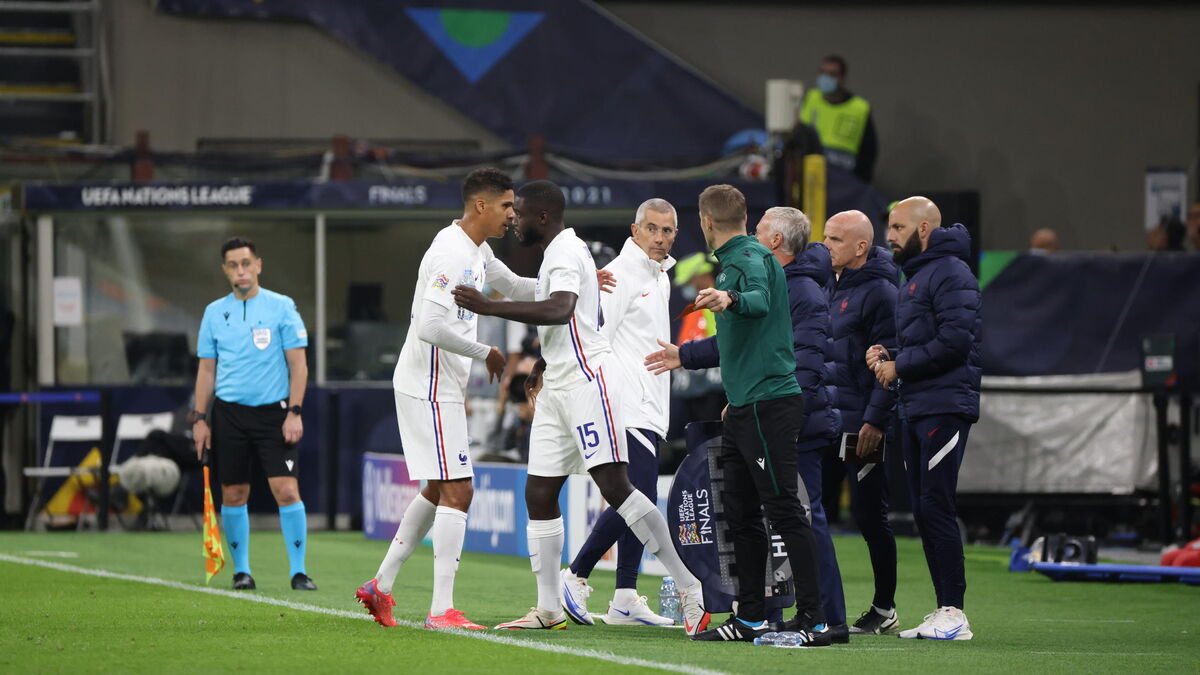 The news fell on the Manchester side on Tuesday afternoon. Touched in the adductors against Spain in the final of the League of Nations (2-1), Raphaël Varane will be absent “a few weeks”, without further clarification on his unavailability. A blow for the Red Devils, fourth in the Premier League, already deprived of Harry Maguire, hit in a calf, in the axis of the defense.

Sunday, with the Blues of Didier Deschamps, the former Madrilenian could not even finish the first period. When clearing a ball for a corner in his penalty area in the 41st, the Mancunian immediately grimaced before lying a little later on the lawn of San Siro, unable to continue the game.

The Northerner, who was celebrating his 83rd selection in the tricolor jersey, was forced to give up his place in the 3-4-1-2 tricolor to Bayern Munich defender Dayot Upamecano before taking his place on the tricolor bench with a ice pack on the right thigh which did not bode well …

Last May, Varane suffered an injury to the right adductor muscle in La Liga against Osasuna who deprived him of the Champions League semi-final second leg played by Real Madrid at Chelsea. A forced cut of three weeks which did not prevent him from participating in the Euro, where France had been released by Switzerland from the round of 16.