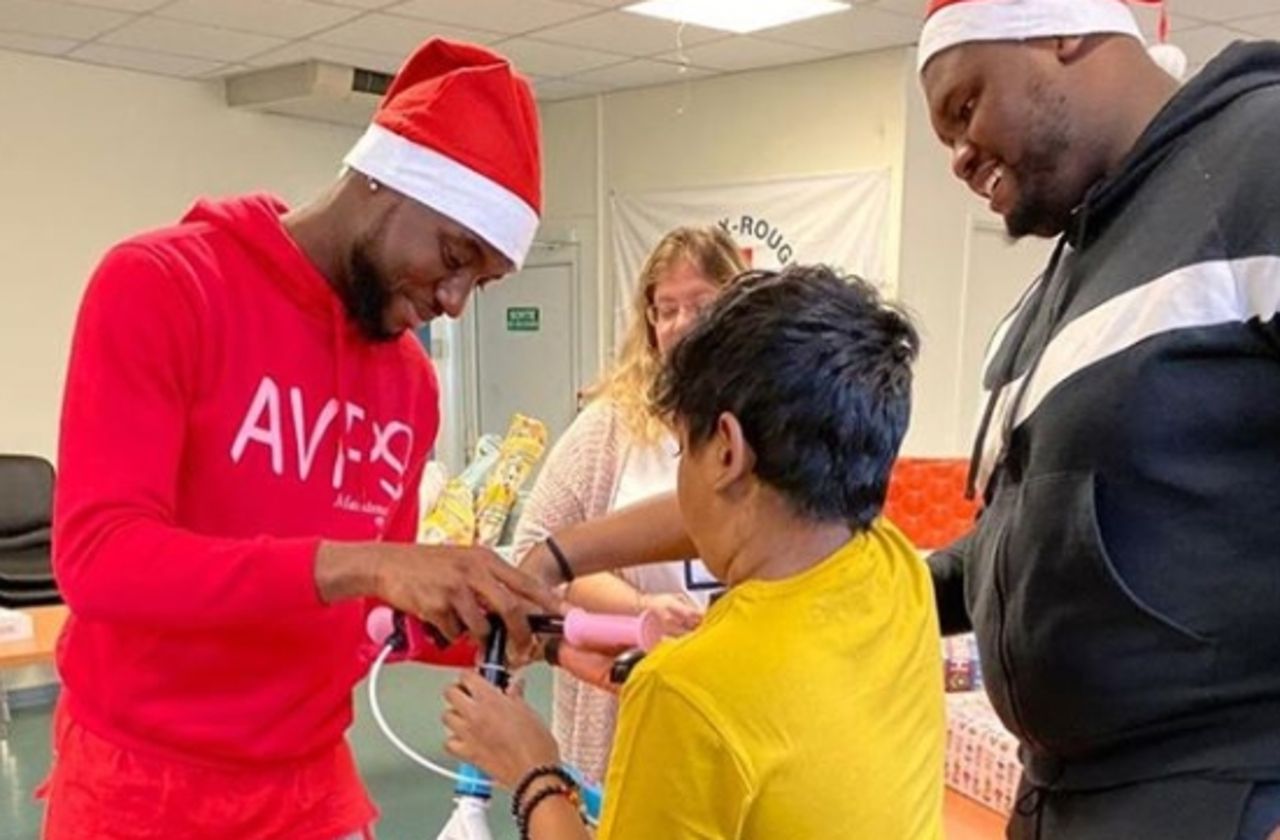 The red he usually wears is that of Stade Rennais. Tuesday, James Léa-Siliki traded it for that of Santa Claus. The 22-year-old player from Sarcelles (Val-d'Oise) and several of his friends did a marathon tour between Gonesse, Margency, Saint-Denis (Seine-Saint-Denis) and Lamorlaye (Oise) Monday and Tuesday . The purpose of the trip? Bring gifts to dozens of children hospitalized during this holiday season.

"A music producer friend, Ghost Killer Track, submitted the idea to me this year," says the player. The principle was simple: we put a kitty online, we collect funds and we buy something to please young people for Christmas. "

3,200 euros raised via an online kitty

In mid-December, the midfielder posted a video on his Twitter account to call his ten thousand subscribers to participate in the project on Leetchi. A few days later, more than 3,200 euros are collected online. "Thank you again to all the generous donors, this is by far the best assist of the season," says Léa-Siliki on Twitter. You are my Kevin De Bruyne ( Editor's note: Belgian Manchester City player, assists assists Leicester on Saturday in the Premier League ). "

In parallel, other acquaintances of the player are busy. Mélissa, a friend of the duo, contacts several hospitals and manages the planning of the Monday and Tuesday visits. The Solid'Army association of Imad Moussaoui, based in Arnouville in the Val-d'Oise, takes care of the logistics and stores the gifts before delivery.

And on the 23rd, James Léa-Siliki, his friends and a Father Christmas began their tour through the Delafontaine hospital in Saint-Denis and the Lamorlaye physical medicine and rehabilitation center. The next day, the player and his friends run off to deliver the contents of their hood to the hospital in Gonesse and that of Margency.

"There was no better time to come and see them"

Each time, the children come to receive their gift and spend time with the group. "We first talked about Christmas and then I discussed football with those who were interested," describes the Rennes player. Some have their parents with them, but others are not so lucky. When you see a child alone physically marked by an illness, it affects you. I had the pleasure of spending a happy Christmas with my family, so I see what it means for them to be in this situation. There was no better time to come and see them. I shifted my vacation, it was where I should have been on the 24th. ”

Throughout these two days, James Léa-Siliki and his friends shared his days in photos and videos posted on Instagram and on Twitter. Internet users could see them give a package to a shy little girl, strike a pose with the children or mount some of the presents.

"We did this to show those who had participated where their money was going," slips the player. We have had very good feedback from people on social media. Now, we're not going to stop there, we don't want it to be a one shot (Editor's note: a hit once). We are already thinking about starting again next year. "