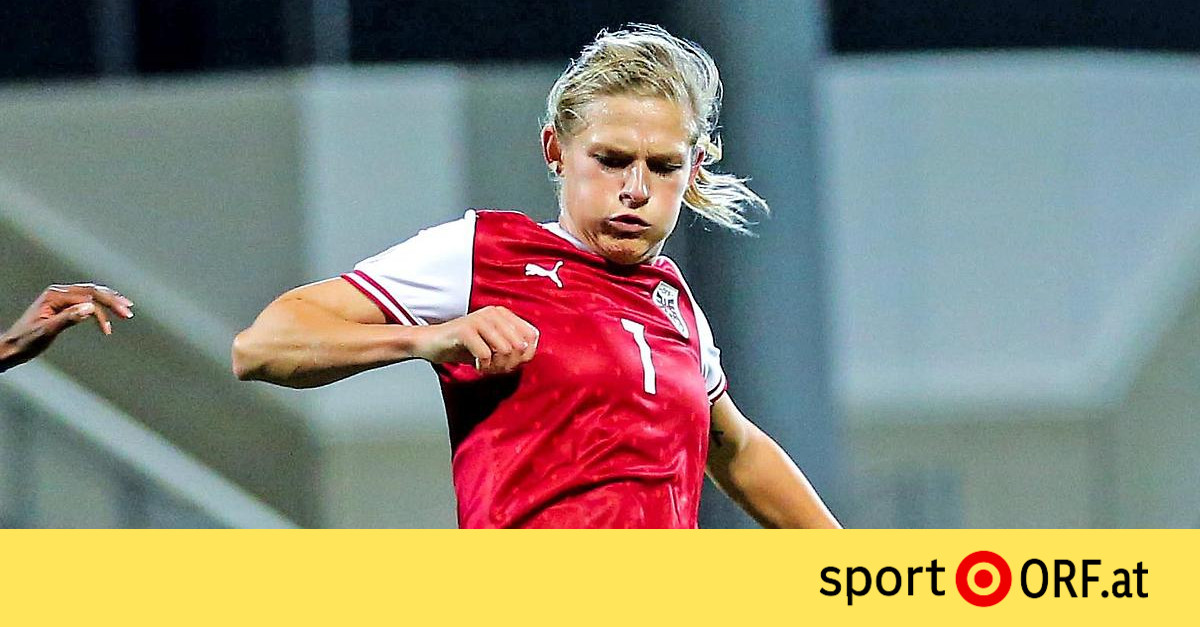 A few days after the 6-1 defeat against Sweden, Marie-Therese Höbinger shot team boss Irene Fuhrmann’s troops with a goal in the 14th minute to win the second match at the “Malta Women’s Trophy” in Paola.

Even before the kick-off it was decided that the Austrians would save themselves the play-off to participate in the EM next year. Since Portugal only won 2-0 against Scotland in the qualification in Larnaka, Austria is definitely among the top three runners-up who qualify for the final round alongside the winners.

Marie-Therese Höbinger made the decisive 1-0 win for the ÖFB women in the 14th minute after Nicole Billa’s preparatory work.

For the Austrians it is the second participation in the European Championship after 2017, when the sensational premiere was the last stop in the semifinals against Denmark on penalties. With the exception of the ÖFB record goal scorer Nina Burger, who has stepped down from the team, all players in the starting line-up in Breda on August 3, 2017 can again hope to play a leading role this time.

“The team has earned the direct EM ticket after the best qualification of all time. The recent participation in the European Championship is extremely high for a small football country like Austria, ”said team boss Fuhrmann.

The 40-year-old was already part of the “Sommermärchen” 2017 as a cot trainer under Dominik Thalhammer, who migrated to LASK in July 2020, now she has the chance to ensure a successful performance in the front row. “Achieving something for the first time feels wonderful. But to repeat it is an unbelievable confirmation – of many, many years of work, “emphasized Bayern defender Carina Wenninger.

Only one defeat and three goals against

Participation in the European Championship is a reward for a very strong qualification, in which you only lost 3-0 in Group G against the current world number two France after a first leg 0-0 away. All other games against Serbia, North Macedonia and Kazakhstan were won, in the end they had a goal difference of 22: 3 with 19 points.


“We can’t believe that we’ve really made it now, but we know that we deserve to go to the EURO,” said Wenninger.

Austria is currently the second best group runner-up behind Iceland. Italy can push the ÖFB selection to third place, but that would no longer have any negative effects. Portugal should have won against Scotland by at least 13 goals to catch Austria.

“I would like to congratulate Irene Fuhrmann, her team and of course all our players on this outstanding performance. Everyone involved did a top job. Participation in EURO 2022 in the motherland of football is an enormous success and gives football as a whole in Austria a huge boost in this difficult phase, ”said ÖFB President Leo Windtner. Right now you need the euphoria surrounding such major events to get young girls and boys excited about football, sport and exercise and to bring them to the clubs.

The European Championship will be held between July 6th and 31st, 2022 in England. The opening game will take place at Manchester United’s Old Trafford Stadium, the final at London’s Wembley Stadium. Other venues are Brighton and Hove, Milton Keynes, Rotherham, Sheffield, Southampton and Wigan and Leigh. In addition to Austria, hosts England, France and Iceland, the defending champions Netherlands, Belgium, Denmark, Finland, Germany, Norway, Spain and Sweden are already there. In addition to the third best runner-up, which is still open, three tickets will be used in the play-off in April.