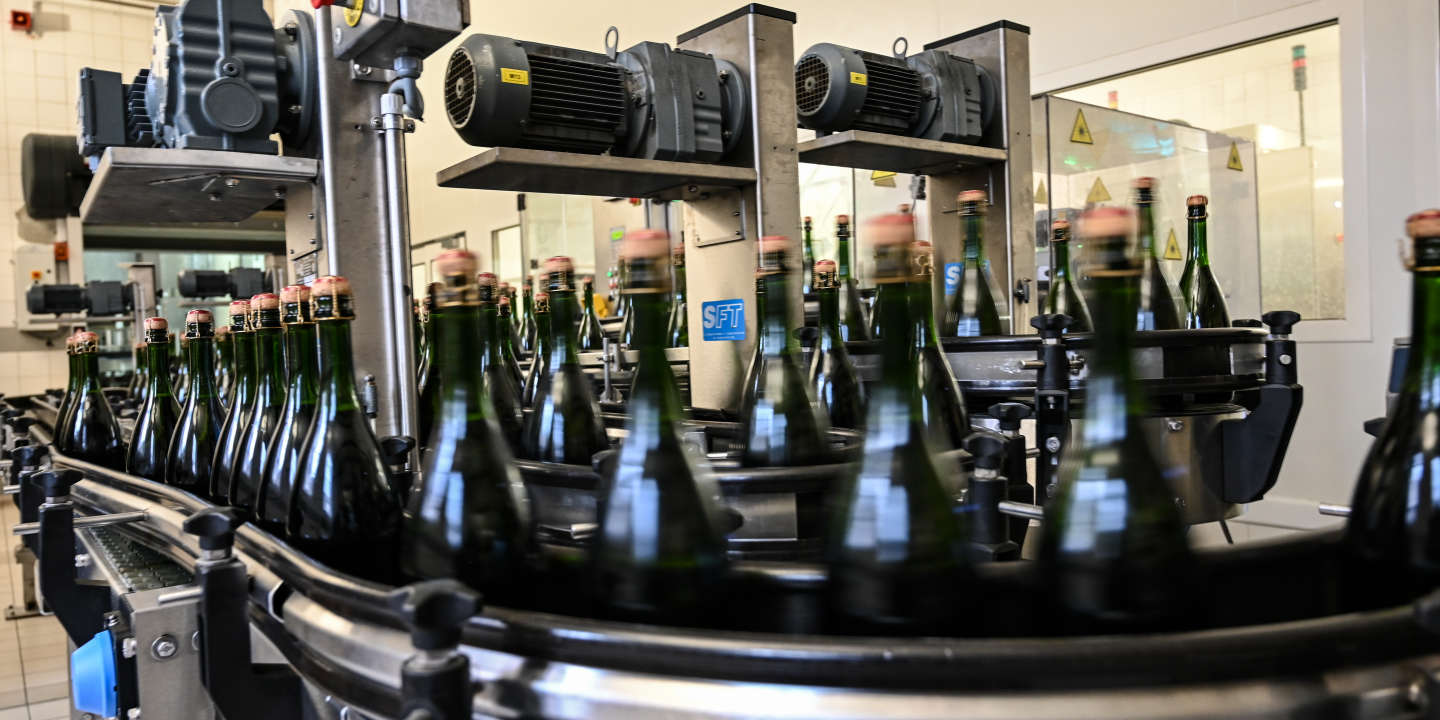 Raw materials. Sabler champagne in Sables-d’Olonne… a dream for skippers who have been on board for weeks in the Vendée Globe. A reality for Yannick Bestaven, crowned winner of the terrible test, Thursday January 28, on his monohull, Master Rooster IV, after time compensation. But also for his rival Charlie Dalin, whose boat was the first to cross the legendary finish line the night before.

At the time of closing the loop of navigation around the world, the jet of champagne drowns in joy the harsh memory of the sea spray. Heartwarming images for the famous bubbly wine region. Taken on the same boat, winegrowers and champagne houses have indeed gone through a lot of grain during the “wine-wine” year. Under the force of headwinds from the coronavirus, sales plunged.

According to figures published on Tuesday, January 26, by the Interprofessional Committee of Champagne Wine (CIVC), the number of bottles sold in 2020 fell by 18%, to 245 million. In value, the withdrawal would be of the same magnitude, with an estimated loss of 1 billion euros, after the historic record of 2019. No cause for pride, therefore. “Black year”, say the specialists in blending the three emblematic grape varieties: chardonnay, pinot noir and pinot meunier. But they prefer to see the glass half full.

Accord on the edge

First, they believe that the breakage could have been greater. In July 2020, the industry estimated the drop in bottle sales at -25%, or even -35%. At the same time when the champagne family was negotiating production volumes. A delicate management to avoid the pitfall of the devaluation of the wine. After heated discussions, an agreement was reached in extremis on the eve of the harvest. He fixed the yield of the vines at 8,000 kg / ha. The traders, counting on a marketing of 200 million bottles, initially asked for 7000 kg / ha. Finally, in view of the better than expected results, the CIVC suggested, in January, to the winegrowers to complete the harvest by removing from their reserves the equivalent of 400 kg of additional grapes per hectare.

Another reason for satisfaction: when Trump taxes began to rain on French wines in October 2019, then on cognac, on January 12, making their export to the United States more expensive by 25%, champagne fell between the drops . Finally, at the time of deconfinement, the traffic jams started to jump again. With a high point for New Years Eve, the month of December 2020 having limited the decrease to 5%. The desire to party has not disappeared in the mists of the Covid.

You have 15.15% of this article left to read. The rest is for subscribers only.