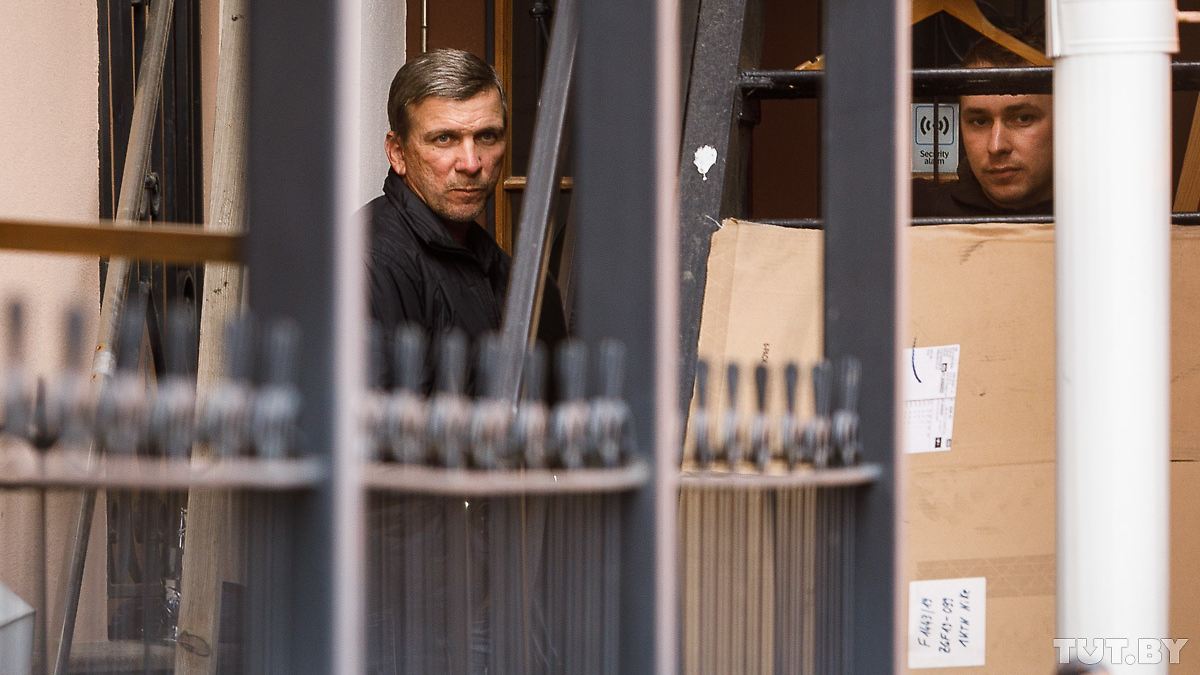 Belarusians live in the Swedish embassy

Because they are threatened with imprisonment for participating in the protests against dictator Lukashenko, two Belarusians jump over the fence at the Swedish embassy. The two have been stuck in Stockholm’s representation for five months now. Nobody knows how to proceed.

Two Belarusian demonstrators, who have been at the Swedish embassy in Minsk for months, are causing a headache for Swedish diplomacy. As confirmed by the Swedish Foreign Ministry, Vitaly Kusnieschyk and his son Wladislav are still on the embassy premises.

The two tried to apply for political asylum on September 11, but they were not allowed into the embassy. They then jumped over a fence into the embassy parking lot and have been on the premises ever since. “We act as the situation requires, also with regard to security,” the two men said, the Foreign Ministry said.

According to Belarusian media reports, the two are under investigation in connection with the protests against the head of state Alexander Lukashenko. They face prison sentences of up to six years. The Swedish Foreign Ministry is holding back “for humanitarian reasons,” said a source in Stockholm familiar with the case. “The Swedes do not want to provoke the Belarusian authorities or force them to react.”

In November, the Swedish Foreign Minister Ann Linde said the two men were “illegally” at the embassy and pointed out that the Minsk mission was not on Swedish territory. But father and son stayed in the embassy, ​​where they share a room.

“Of course they don’t want to hand them over to the Belarusian police. But at the same time they don’t want to create a situation in which many more people come to the embassy and ask for asylum,” said Martin Uggla from the Swedish human rights organization “Eastern Groups for Democracy and Human Rights”. In his estimation, the embassy could try to get Minsk to promise that the men will not be arrested. Another possibility is to escort the men to the Polish or Lithuanian border.

In Belarus people have been demonstrating for months against President Lukashenko, whom they accuse of electoral fraud. The security forces often use massive violence against the demonstrators.