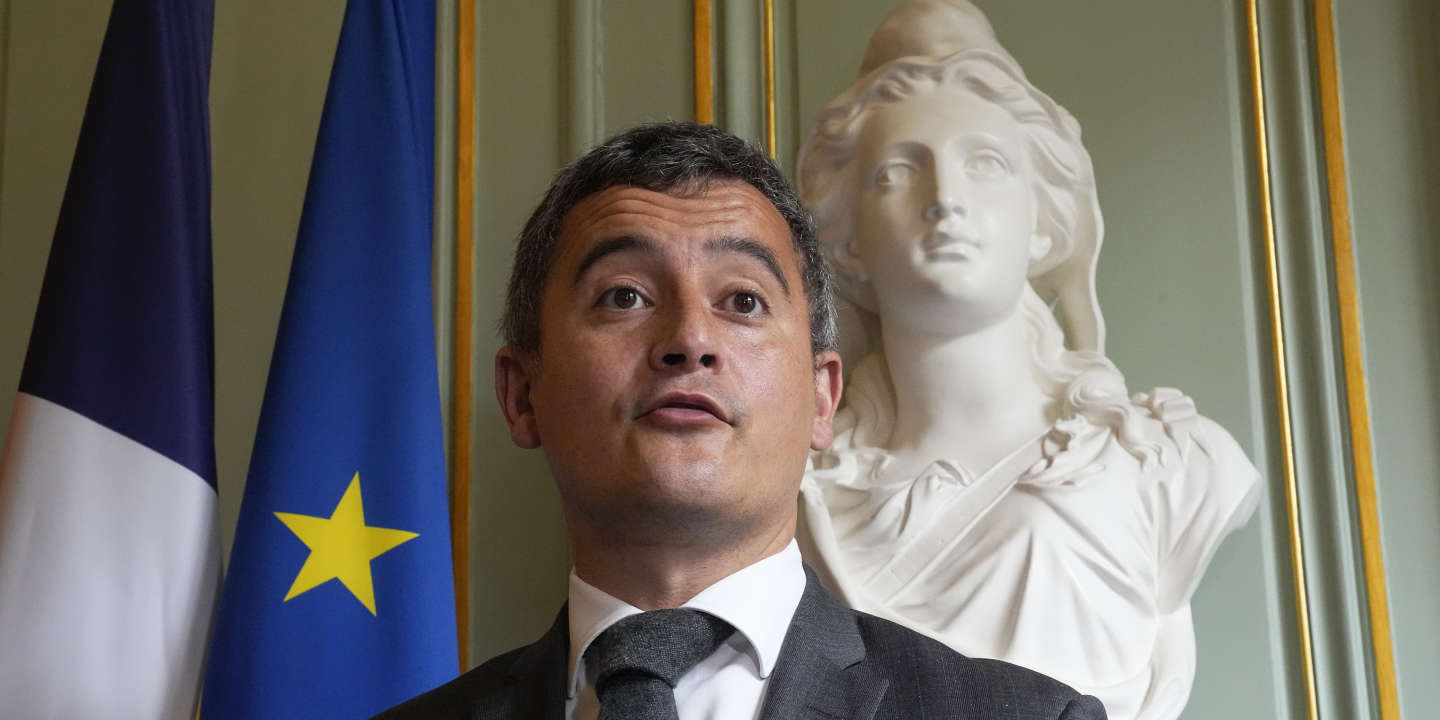 Traveling to Dijon to support Denis Thuriot, head of the presidential majority list in the Bourgogne-Franche-Comté region, the Minister of the Interior, Gérald Darmanin, attacked the National Rally (RN) with rare virulence, according to the regional daily The Public Good. « There is a will that the National Rally never wins a region. We can see the satanic mark that would represent a victory of the RN “, Launched the Minister of the Interior.

« If a territory is ruled by an extremist party, do you think that foreign investors will come more? No. They will go to a more acceptable place », Continued Gérald Darmanin, while the candidate of the RN, Julien Odoul, is at the top of the voting intentions in the first round (28%), according to an Ipsos Sopra Steria poll published on June 9 on France 3 Bourgogne-Franche Comté. The candidate of La République en Marche (LRM), for his part, is in fourth position, with 16% of the vote.

The president of the National Rally, Marine Le Pen, was quick to react. Asked about CNews, she denounced a “Democratic problem”.

📹 “Since the start of this campaign, ministers have called for” hunting “the RN, for” slaughtering “the” enemy “that is Ma… https://t.co/2Z5XogCJkh

“Has the government lost its mind? “, thus questioned Mme Le Pen, before adding: “How does this government surrender[-il] not take into account that with such violent declarations towards the opposition, he participates [à entretenir un] climate of hatred, brutality and violence. “

« LRM must stay calm and stop insulting the opposition, because that poses a democratic problem », She concluded.

“It does not increase it and it does not increase its function”, reacted Julien Sanchez, spokesperson for the National Rally. “If Mr. Darmanin insults us by telling us that we are satanic, well I invite him to find a lot of exorcists, because we are going to gain a lot of regions”, warned the mayor of Beaucaire (Occitanie), questioned by BFMTV.

“Distraught by an imminent electoral rout, this government has gone completely mad! Jean Castex must now call his ministers to order and ethics ”, wrote on Twitter Jordan Bardella, candidate of the RN in Île-de-France.

After the RN to “hunt”, Marine Le Pen “enemy to be slaughtered”, here is the “satanic mark”. Distraught by a rout … https://t.co/ZOdYI268bQ