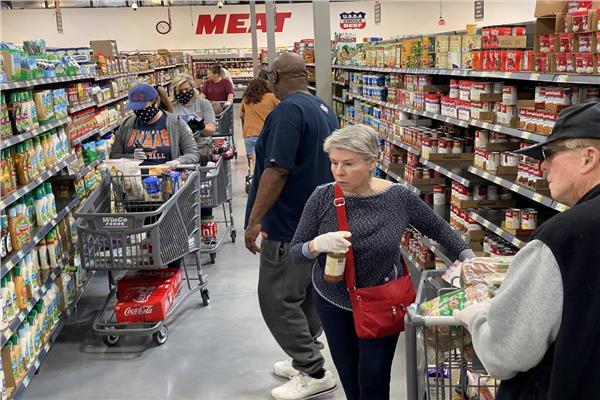 rose Consumer prices at United State During the month of March, at the largest pace since late 1981, reflecting the painfully high cost of living and strengthening pressure on the Federal Reserve to raise interest rates more aggressively.

data showed US Department of LaborToday, Tuesday, the consumer price index rose by 8.5% from what it was a year ago, after an annual increase of 7.9% in February.

On a monthly basis, the widely followed inflation measure rose 1.2 percent from the previous month, the largest price increase since 2005, Bloomberg reported.

Gasoline costs led half of the monthly increase, while food was also a big contributor, as Americans paid more for vegetables, meat and dairy products.

Excluding the volatile food and energy components, core prices increased 0.3% from the previous month and 6.5% from a year ago, due in large part to the largest decline in used car prices since 1969 and slower price growth in other goods.

Used car prices, which have been a driver of commodity inflation for months, fell 3.8% in March, the second consecutive monthly decline.

The March CPI reading represents what many economists expect to be the peak of the current inflation period, as the impact of rising food and energy prices is intensified by the Ukraine crisis.

While the Fed has opened the door to a half-percentage point increase in interest rates, inflation is unlikely to fall back to the central bank’s 2% target anytime soon, especially given the ongoing Ukraine crisis, the pandemic shutdown in China and increased demand for Some services such as travel.

From Znicz Pruszków to Bayern Munich: The remarkable rise of Robert Lewandowski