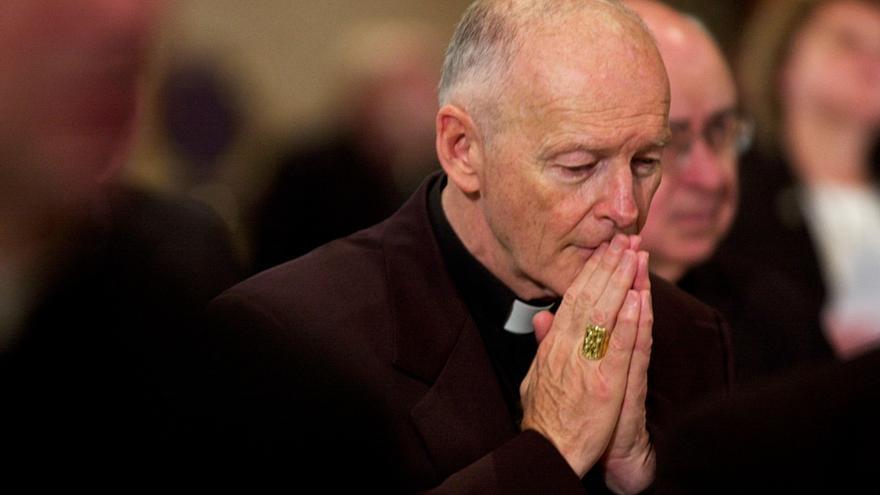 The former American cardinal Theodore McCarrick, expelled from the priesthood in 2019, was charged with sexually abuse of a child under 16 at a wedding reception in Massachusetts in 1974, The Boston Globe reported Thursday.

The indictment makes McCarrick the first person to ever occupy the cardinal charge in the United States and facing criminal charges for a sexual offense against a minor, the lawyer for the alleged victim, Mitchell Garabedian, told the newspaper. McCarrick, 91, a former Archbishop of Washington, faces three counts of indecent assault and battery to a person over the age of 14 in a court in Dedham, Massachusetts, according to documents reviewed by the Globe.

This is McCarrick’s first time formally accused in a criminal court in the United States, after several men filed lawsuits against him in New York and New Jersey and claimed that the former cardinal abused them in those states as children. The crimes reported in those cases have been time-barred under the laws of those states, preventing authorities from bringing charges against McCarrick.

In the case of Massachusetts, on the other hand, the police yes he has been able to press charges because when the events occurred he was not a resident of that state, and the statute of limitations for crimes ceased to apply when he returned to his home at that time, in New York, explains the newspaper. McCarrick, who now lives in Missouri, has been summoned to appear in a first court hearing on August 26.

I was traveling with the victim

The alleged victim, who has asked not to be identified, told Wellesley, Massachusetts, police that McCarrick was a friend of his family and began sexually abusing him when he was a child, traveling with them and going on visits with him. to New York, New Jersey or California.

On June 8, 1974, when the boy was 16 years old and in the your brother’s wedding receptionMcCarrick led him into a room, closed the curtains and told him he “had to confess,” according to the police report.

Then McCarrick touched her genitals while “he prayed to make him feel holy,” and then asked him to “pray three Our Fathers and a Hail Mary” to “redeem himself from his sins,” the document added.

In 2019, the Vatican expelled McCarrick from the clerical state after an investigation ordered by Pope Francis and after the Congregation for the Doctrine of the Faith found the former cardinal guilty of abuse of minors and adults, with the aggravation of abuses of power.